"Our mosque has already taken its distinguished place among the symbols of Istanbul," said Recep Tayyip Erdoğan, speaking at the inauguration ceremony of Taksim Mosque following Friday prayers.

Erdoğan underlined that the mosque would be one of the most important centers of culture and art in the city.

"In addition to being a place of worship, Taksim Mosque will be one of the most important cultural and artistic centers of Istanbul with its digital library and reading, lounge, and exhibition areas," he said. 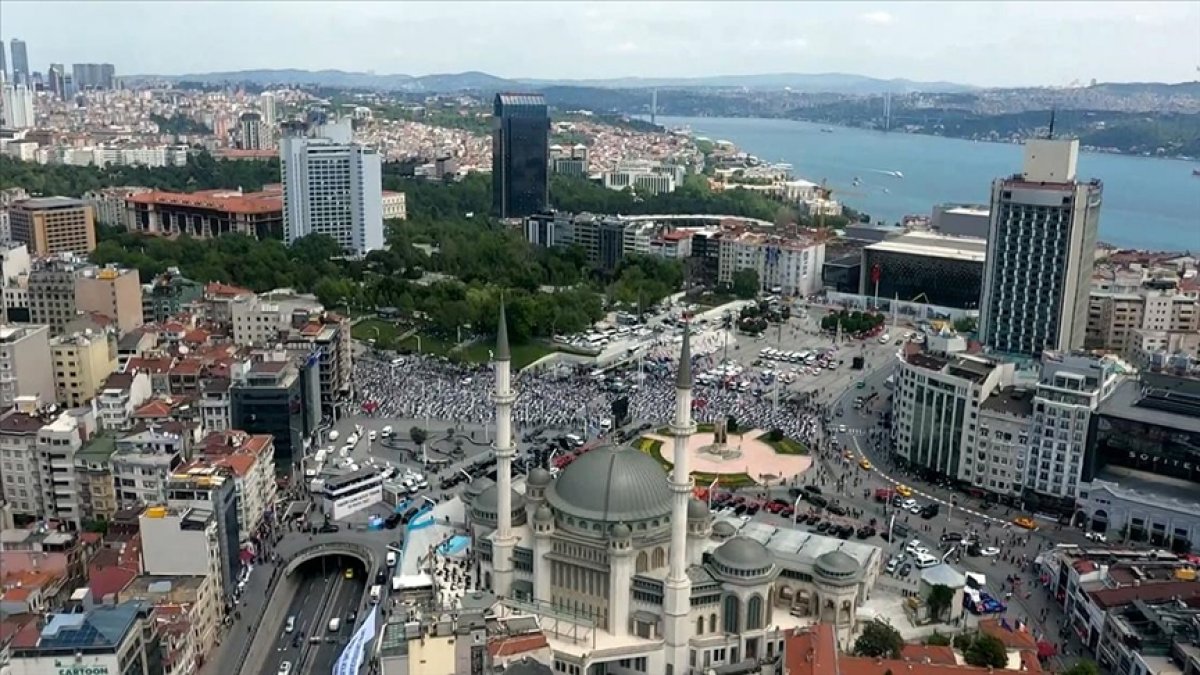 Erdoğan added that he considered the Taksim Mosque a "salute to the Hagia Sophia Grand Mosque, which we opened to worship a while ago, as a gift to the 568th anniversary of the conquest of Istanbul," which will be marked on Saturday.

"I believe that this third important spiritual legacy that we've given Istanbul recently after the completion of the Grand Camlica Mosque and reopening of the Hagia Sophia will brighten our city like a lamp for centuries," he added. 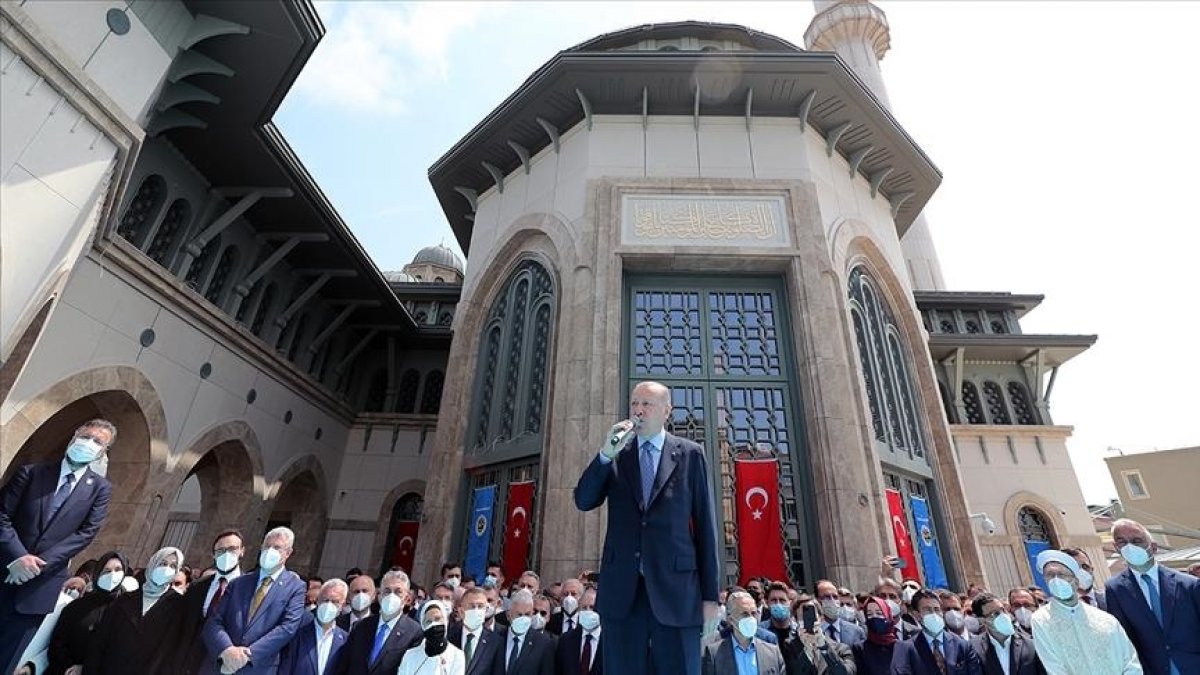 The foundations of the mosque, which bears the signatures of architects Sefik Birkiye and Selim Dalaman, were laid on Feb. 17, 2017 in Taksim Square.

It can host a congregation of up to 4,000 people and boasts a parking area, as well as conference and exhibition halls 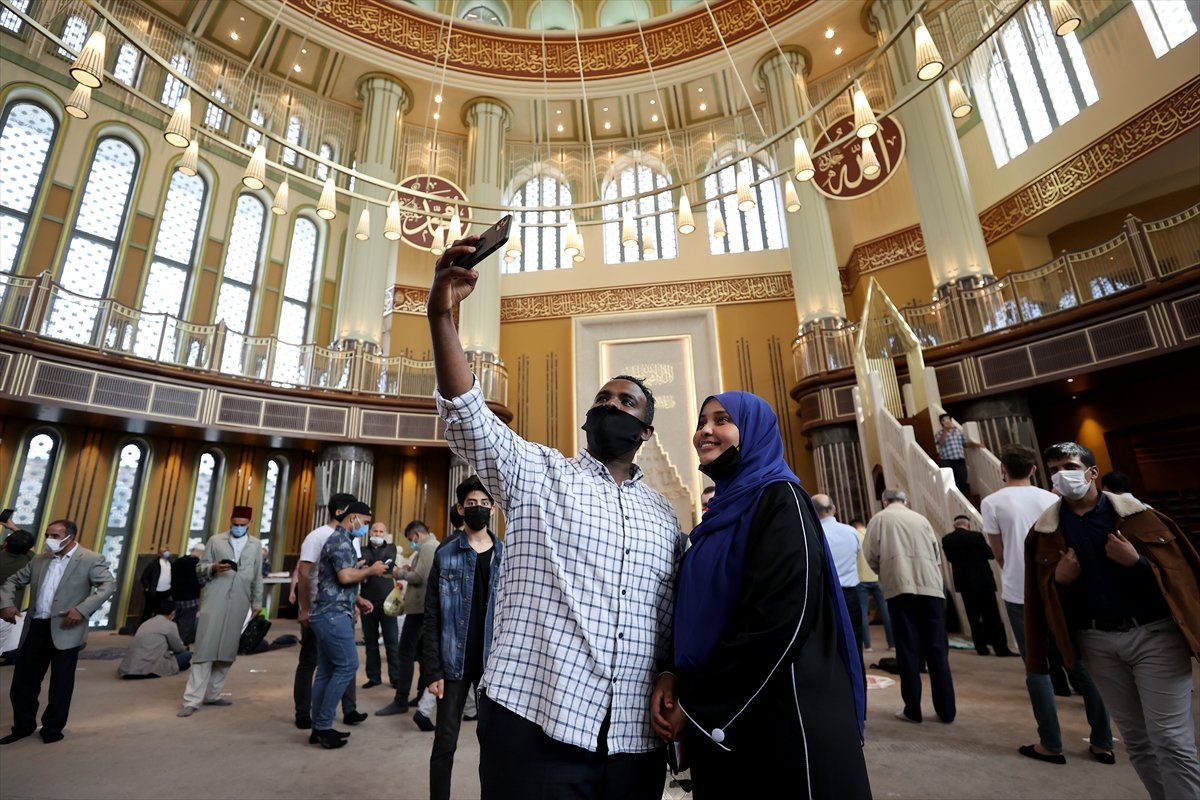 It also features the works of calligraphist Davut Bektas and miniaturist Adem Turan, with inscriptions from the Quran. The mosque's prayer area has wooden wall panels. 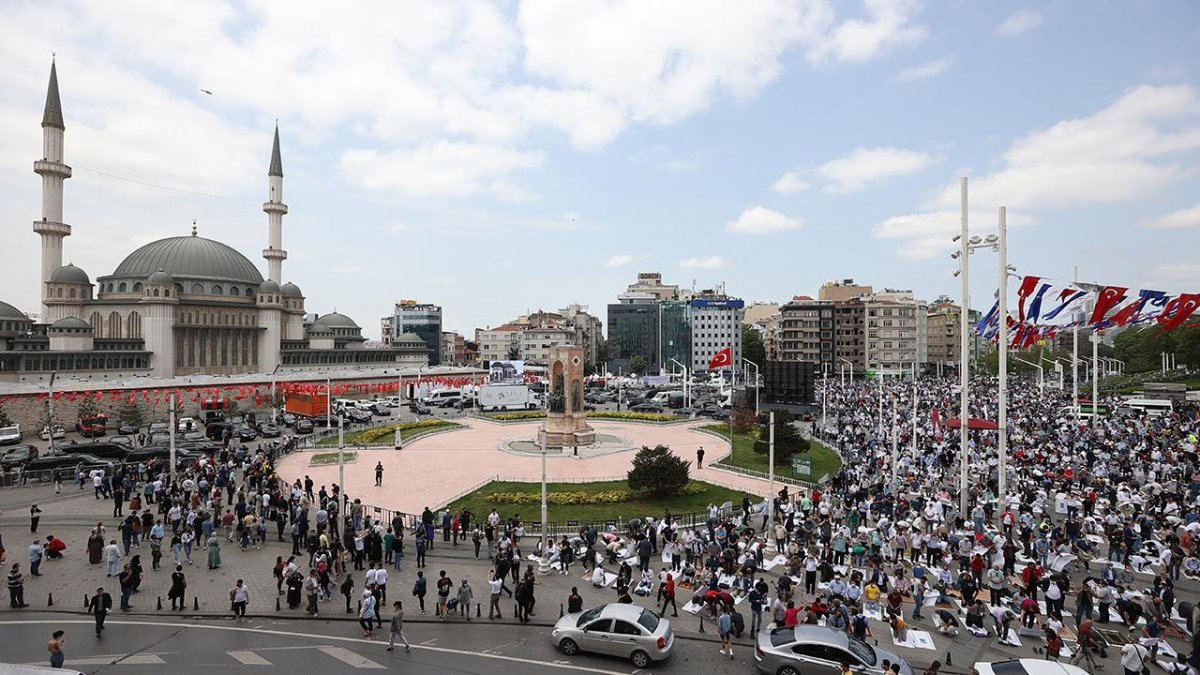 Buff-colored carpets specially woven in the western province of Manisa cover Taksim Mosque's floor below six plates emblazoned with calligraphy of the names of Allah, the Prophet Muhammad, and the four caliphs -- Abu Bakr, Umar, Usman, and Ali.

An 8.5 meter-high (nearly 28 ft.) mihrab (prayer niche showing the direction of Makkah) is built into one of its walls, while a luminous chandelier of 60 lights and 12 meters in diameter (over 39 ft.) hangs from the mosque's ceiling. 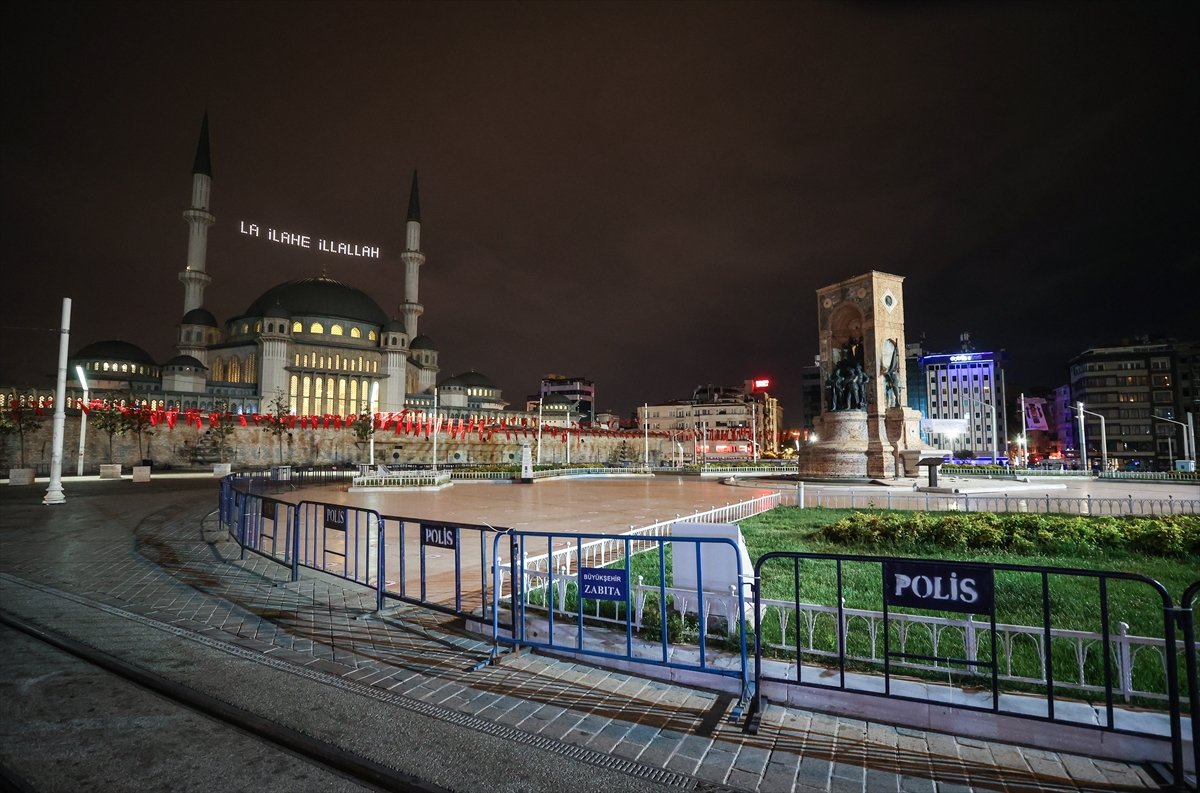 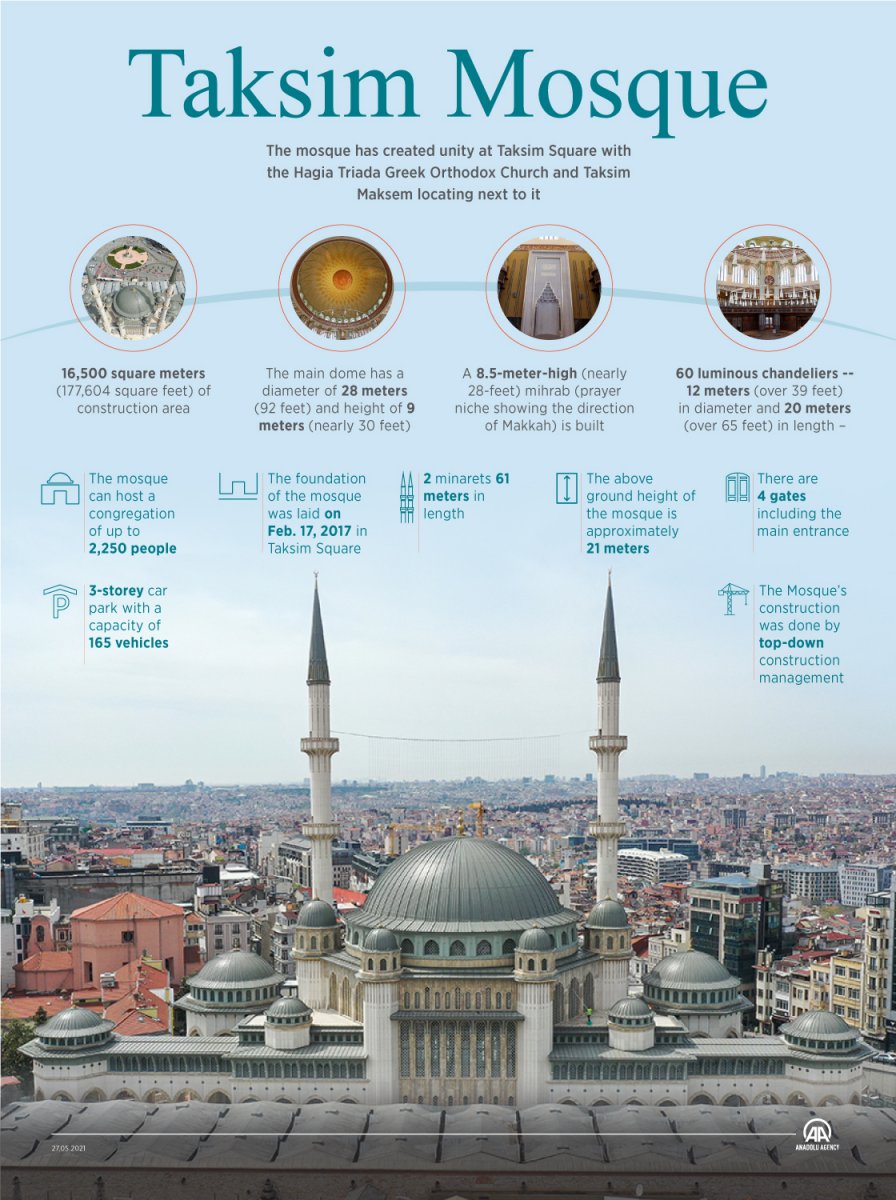