Turkey neutralizes 352 terrorists in Syria, N.Iraq in past 6 weeks

Turkey "neutralized" 352 terrorists in Syria and northern Iraq in the past six weeks as part of its cross-border operations, the country's defense chief said.

The terrorists were neutralized during ongoing Pençe-Şimşek and Pençe-Yıldırım operations which were launched on April 23, said National Defense Minister Hulusi Akar, who met military personnel at a dinner in the southwestern Muğla province on Saturday.

Akar also said 1,212 terrorists have been neutralized so far this year.

Operations Pençe-Şimşek and Pençe-Yıldırım launched in northern Iraq are ongoing successfully as planned, he added. 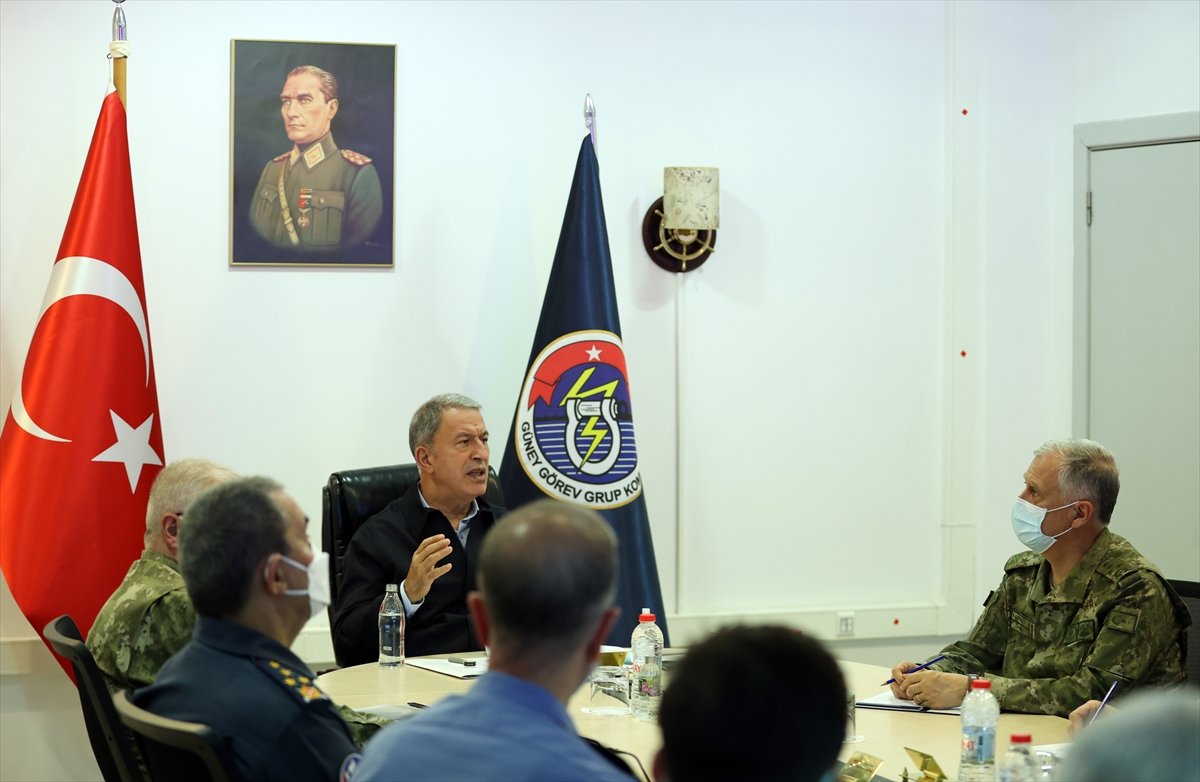 Turkish forces continue to destroy shelters of terrorists, he said.

Turkish authorities use the word "neutralized" in statements to imply the terrorists in question surrendered or were killed or captured.