Hulusi Akar underscores country to continue with increasing tempo in fight against terrorism.

Some 3,646 terrorists were neutralized in more than 200 operations carried out in Turkey and across the border, the country's defense minister announced on Tuesday.

Among the terrorists who have been neutralized, there are "ringleaders" from the so-called leadership of the terrorist organization, Hulusi Akar said in a virtual year-end evaluation meeting.

Turkey’s Chief of General Staff Gen. Yasar Guler, other military commanders, and senior authorities were in attendance at the meeting.

"By continuing our efforts with the same determination, we will save our nation from this terror scourge," he said.

Akar also underlined that a total of 30,416 terrorists have been neutralized so far since the "new strategy" was launched in the fight against terrorists on July 24, 2015. 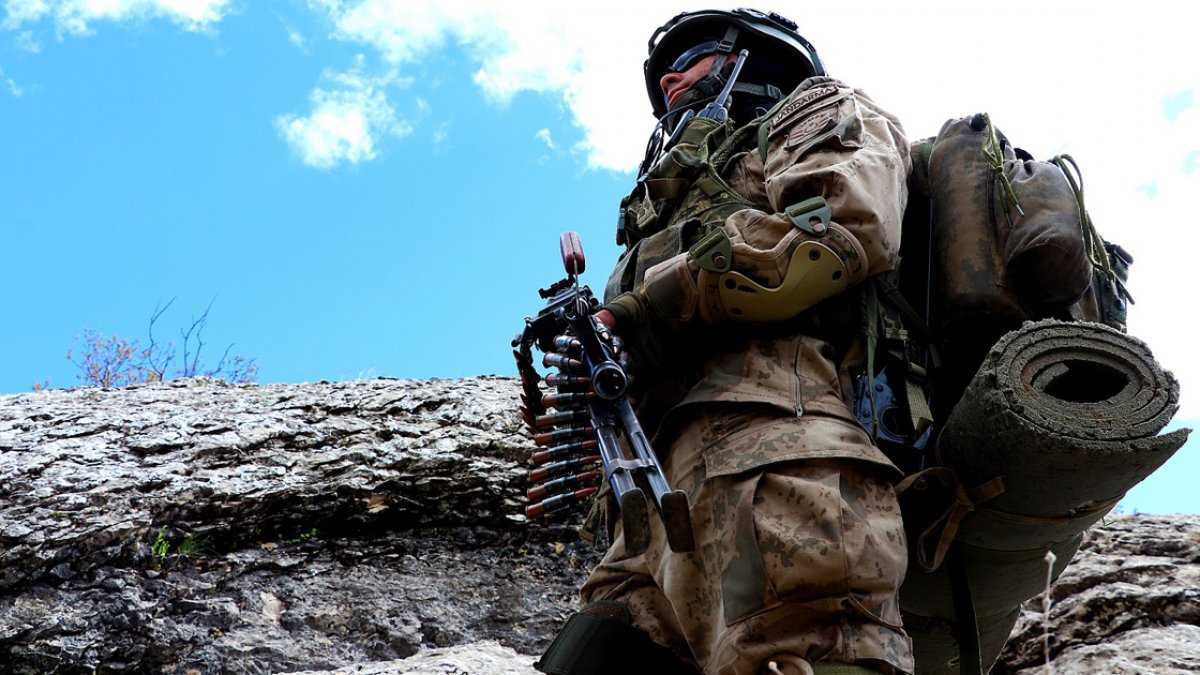 He added that positions and shelters of terrorists were also destroyed in the operations in question.

"Terrorists have been dealt a serious blow, they continue to be hit. We are committed to this. Our fight against terrorism will continue with an increasing tempo and a spirit of constant offensive," he said.

"We see that the so-called leadership of the terrorist organization is in a great panic, they do not sleep in the same place for two nights, fear has engulfed the mountains, and they feel the breath of the Turkish Armed Forces on their backs. This struggle will continue until the last terrorist is neutralized."

The minister also noted that 82,229 people were caught trying to make an illegal border crossing during the year.