11 people were rescued after dinghy sinks off the northwestern Çanakkale province.

THREE WOMEN  AND ONE BABY DEAD

The boat carrying Iranian and Afghan-origin migrants who were attempting to cross to Greece’s Lesbos island illegally sank off the Ayvacık district of northwestern Çanakkale province with the cause as yet unknown. 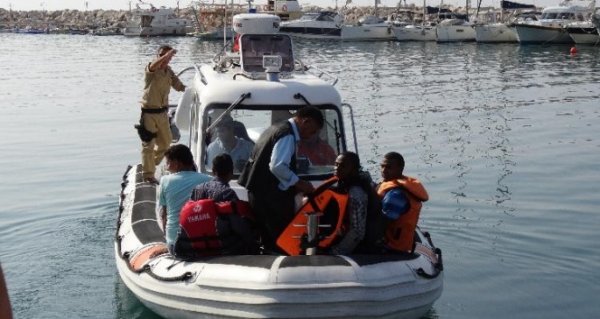 The Turkish coast guard backed by helicopters recovered bodies of three women and one baby while rescuing 11 others, said the sources, who spoke on condition of anonymity due to restrictions on talking to the media. Search and rescue efforts halted after rescued migrants said that a totally 15 people were on the boat, the sources added.

Turkey has been the main route for irregular migrants trying to cross into Europe, especially since 2011 when the Syrian civil war began.