Turkey on Monday celebrated the 99th anniversary of Victory Day, which commemorates the resounding defeat of the Greek forces at the hands of the Turks in the Battle of Dumlupınar in 1922.

President Recep Tayyip Erdoğan, along with senior government and high-ranking military officials as well as opposition leaders laid a wreath at Anıtkabir, the mausoleum of the republic's founder Mustafa Kemal Atatürk in the capital Ankara.

"We are increasing the deterrence of Turkish Armed Forces, which is the apple of our nation's eyes, in every field with steps taken in the defense industry," Erdoğan wrote in the Anıtkabir memorial book. 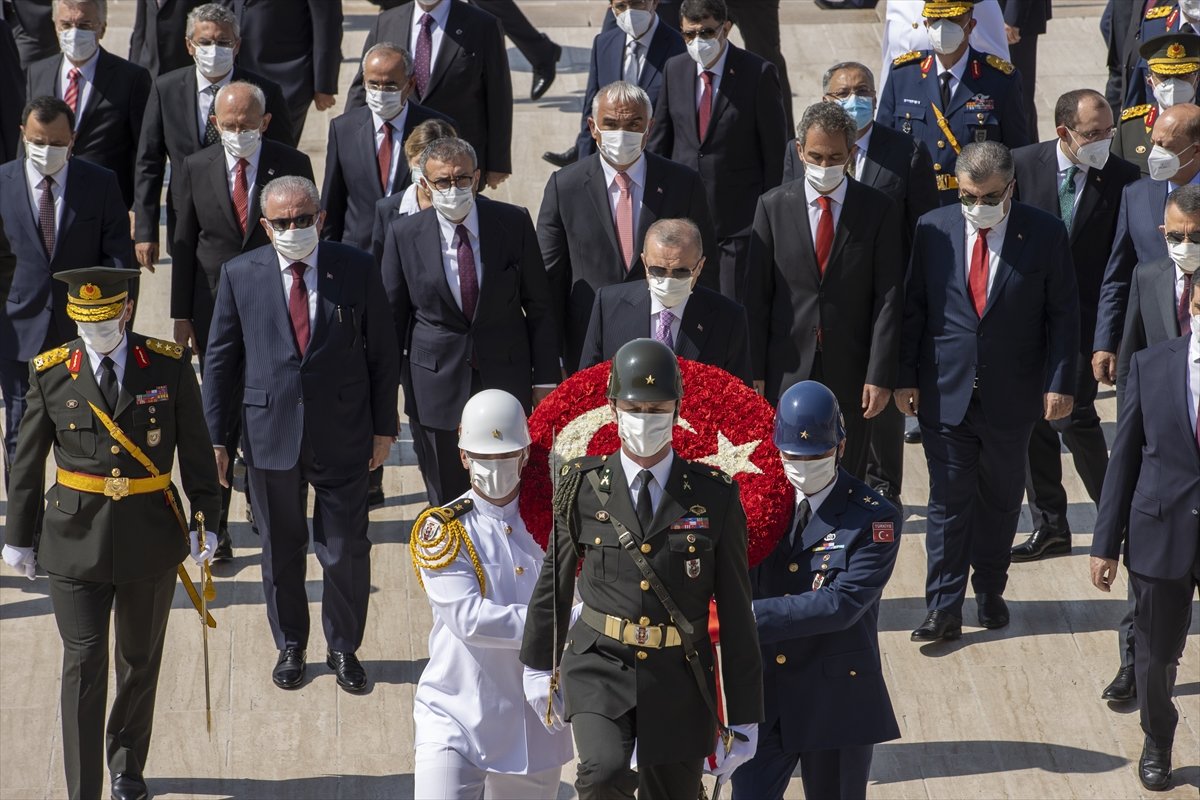 He also wrote: "Through the reforms we have implemented in democracy, justice, rights, and freedoms, we strengthen the bond between the nation and the Republic."

"We are carrying Turkey to a bright future in line with the goals you have set for us," the Turkish president said while affirming that the country "is in safe hands." 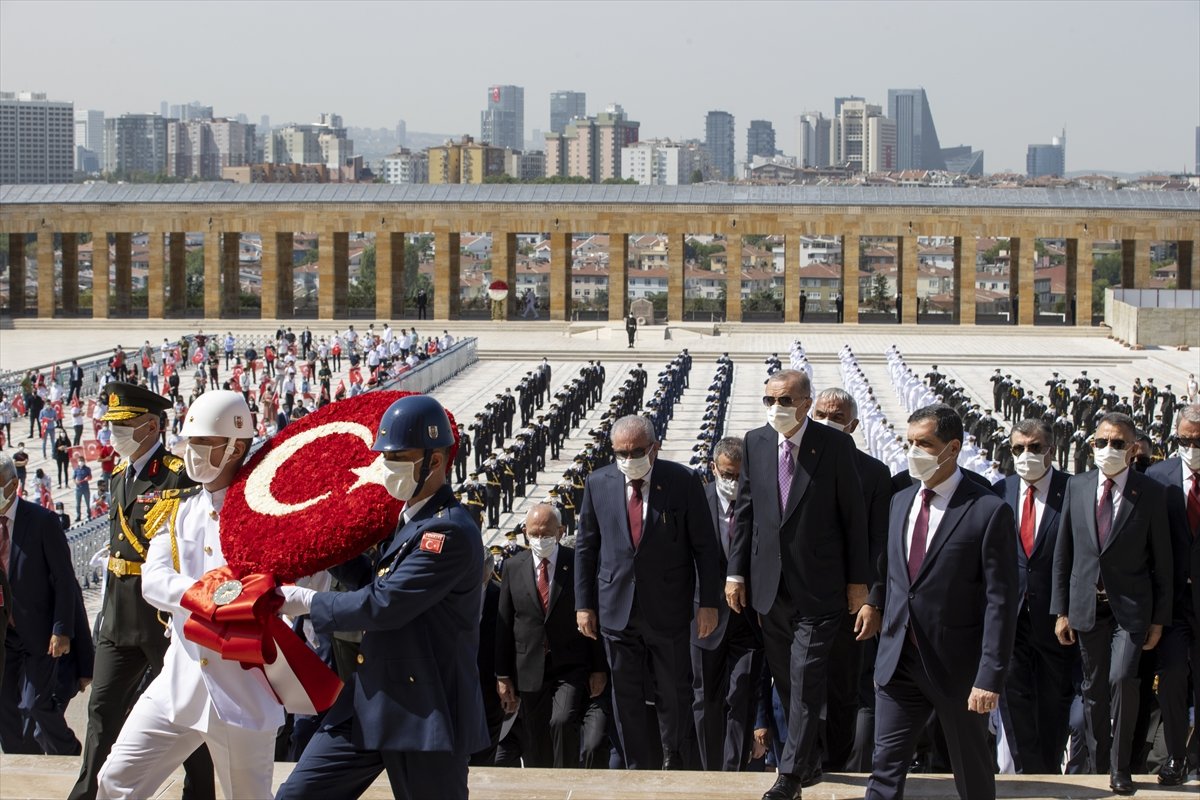 "We are in the bliss of achieving the 99th anniversary of the Great Victory, one of the cornerstones of our centuries-old glorious history. I mark the honor of the August 30 Victory Day of our nation, the Turkish Cypriots, and our citizens living in various countries around the world," Erdoğan said in a written message. 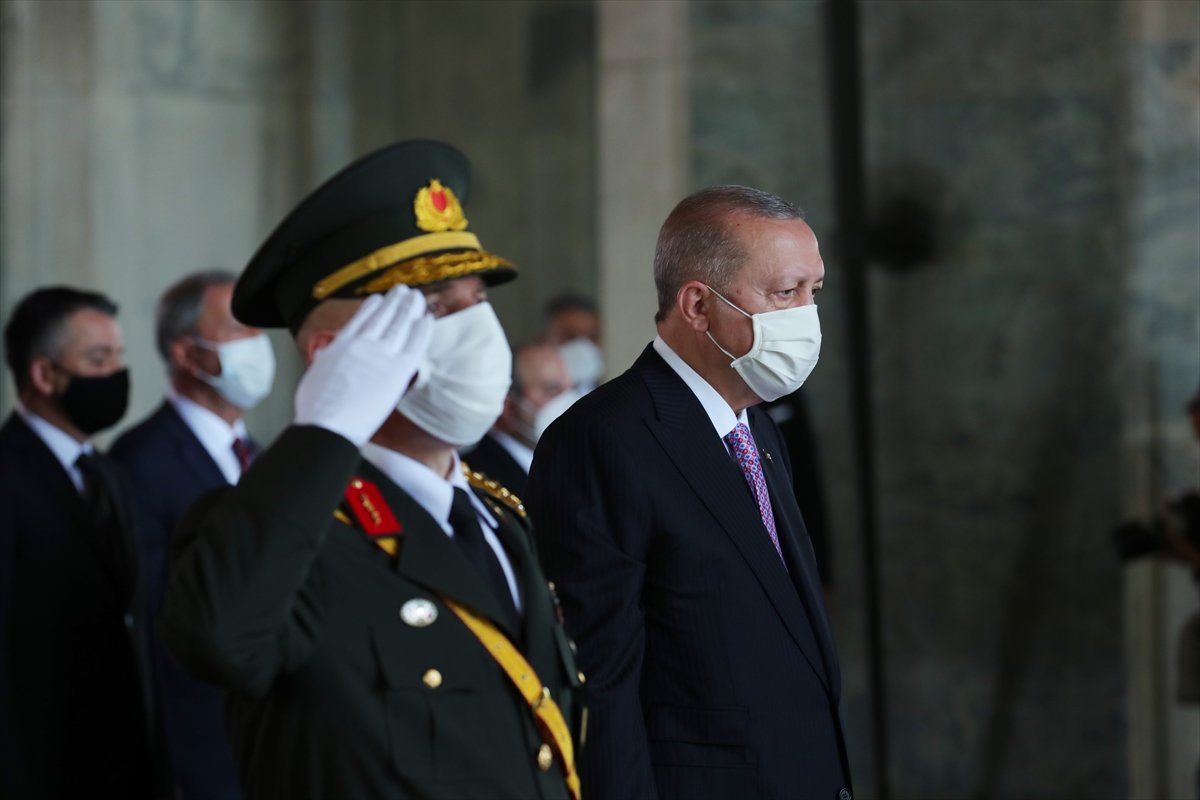 Noting that Aug. 30 is one of the most critical turning points in the country’s history, Erdoğan said: "The spirit, belief, and the will that inspired the Great Victory are drawing the direction for our nation today, just as it did 99 years ago."

Turkey will continue to defend the rights of the oppressed against the oppressors and to strive for peace, justice, and freedom to prevail all over the world, he added. 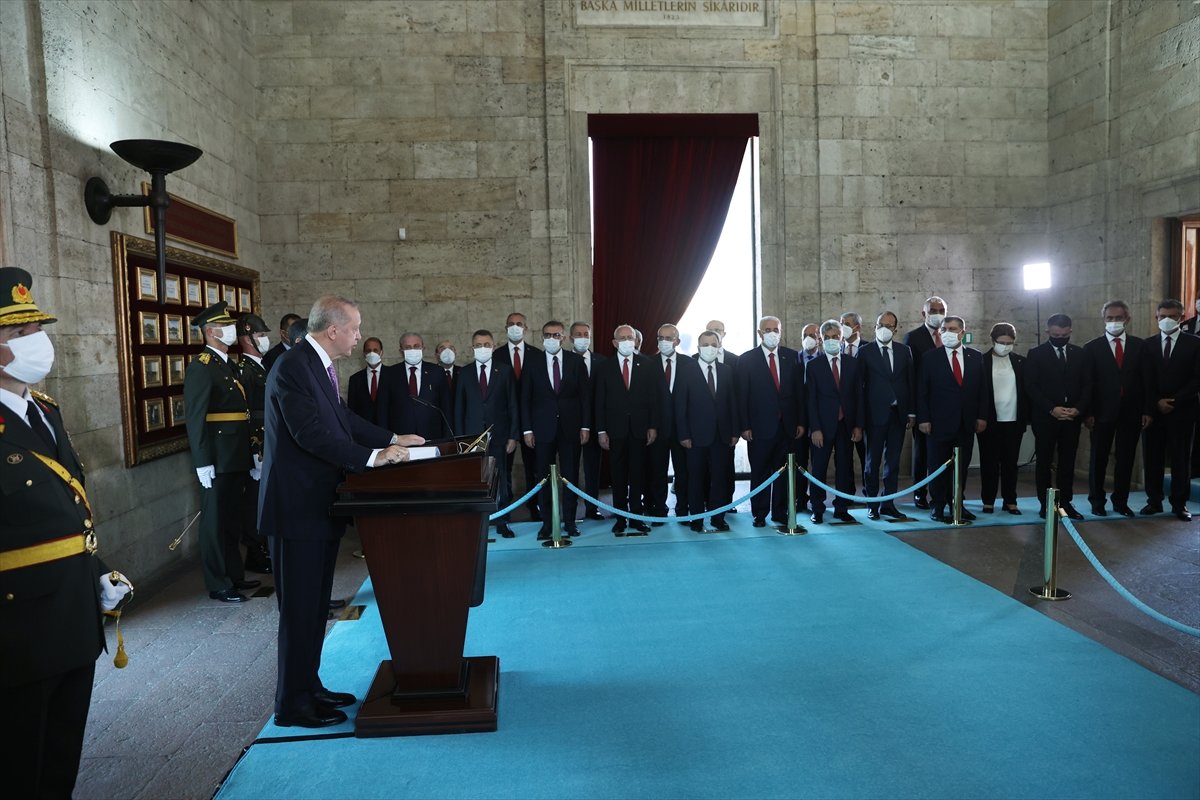