Libya’s internationally recognized government said on Thursday it has ratified a security and military cooperation deal it agreed with Turkey last month, opening the way for potential military help from Ankara as it fights a months-long offensive by rival forces.

PRESIDENT ERDOĞAN HAD EXPRESSED HIS INTENTION ON THE SUBJECT

The Government of National Accord (GNA) said in a statement that the memorandum of understanding has been ratified but did not give further details. 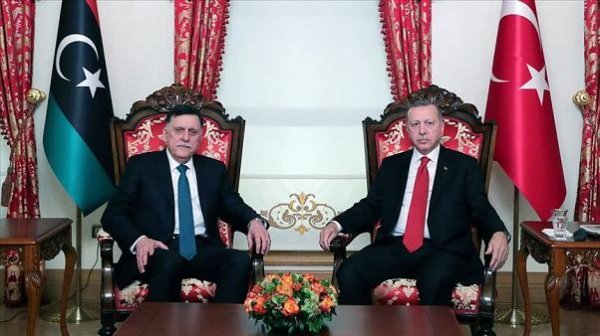 President Erdoğan said on Wednesday that Ankara would improve cooperation with Libya by offering military support to the GNA and backing joint steps they have taken in the Mediterranean.