Turkish prosecutors in western and central provinces issued arrest warrants for 74 suspects on Tuesday over links to the Fetullah Terrorist Organization (FETO), the group behind the 2016 defeated coup, security sources said.

WARRANTS WERE ISSUED FOR POLICE OFFICERS ON DUTY

Prosecutors in the western Balikesir province said arrest warrants were issued for 24 suspects who were government and police officials on duty.

The suspects were accused of allegedly serving as FETO's "covert imams" -- senior members of the terror group -- police and judiciary organizations, said the source who asked not to be named due to restrictions on speaking to the media. 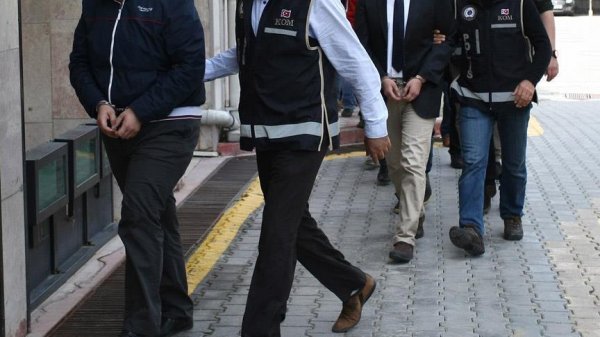 Separately, prosecutors in the central Konya province issued arrest warrants for 50 suspects for their alleged links to the terror group’s secret structure within the Turkish Armed Forces.

The Konya-based simultaneous operations were carried out in 22 provinces across Turkey.