As Operation Peace Spring in Syria against PKK/YPG and Daesh terror forces, Turkey expects EU states to stiffen measures against them.

Amid Turkey’s anti-terror operation in northern Syria, Turkey on Wednesday urged European countries to toughen measures against the terrorist PKK to protect its missions and citizens from the terror group’s violence.

Turkey expects countries to show “maximum consideration to protect our diplomatic and consular missions, the safety of life and property of our citizens and personnel abroad, and to preserve Turkish interests" the Foreign Ministry said in a statement. 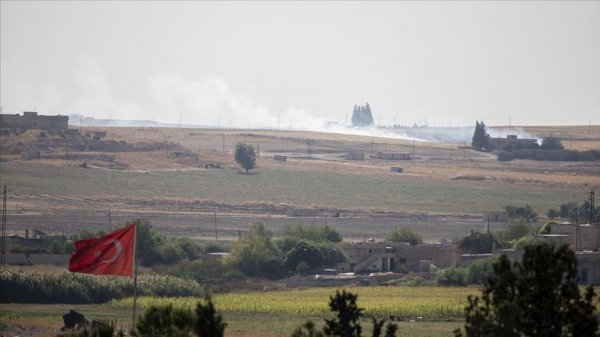 The statement expressed "deep concern that the increase in the number of violent demonstrations and actions committed by PKK factions especially in European countries is still continuing."

"Indifference to the terrorist attacks targeting Turkish community’s workplaces, houses, mosques, and missions is inexplicable," it said. The statement also said Turkey will closely follow the identification, prosecution, and conviction of offenders.