According to Turkey’s National Defense Ministry, the joint patrols were conducted as part of an agreement over the planned establishment of a safe zone in northern Syria.

Turkish and US armed forces conducted the seventh round of joint helicopter flights on Saturday for a planned safe zone east of the Euphrates River in northern Syria.

HELICOPTERS FLEW TO THE SYRIAN SIDE OF THE BORDER

According to Anadolu Agency correspondents on the ground, two Turkish and two American helicopters took off from Sanliurfa, southeastern Turkey, where the two countries’ armed forces have a joint operations center.

After an hour-long flight, the helicopters returned to the center. 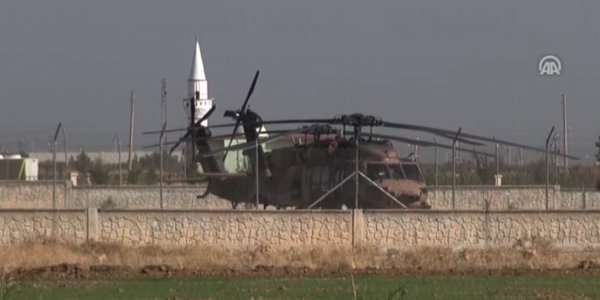