Turkey has no issue with Kurds, Erdoğan says

resident Erdoğan discussed the idea of a terror-free safe zone in Syria's northern region with Trump.

A statement from the Turkish presidency said Erdoğan and Trump discussed the idea of a terror-free safe zone in Syria's northern region.

Turkey has no problem with Kurds and aims to fight terror groups Daesh, PKK and its Syrian affiliate PYD/YPG threatening national security, President Recep Tayyip Erdoğan said in a phone call with his US counterpart on Monday.

KURDS ARE NOT TERRORISTS

The phone call came after Trump threatened to "devastate Turkey economically if they hit Kurds," conflating "Kurds" with the terrorist PYD/YPG, a confusion that Turkey has repeatedly criticized. 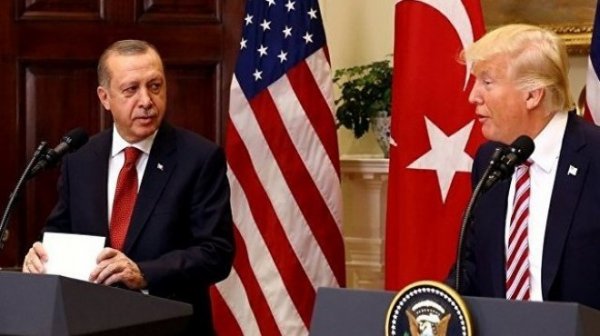 The White House said in a statement that Trump and Erdogan had discussed bilateral issues, including “ongoing cooperation in Syria as US forces begin to withdraw.”

“The president expressed the desire to work together to address Turkey’s security concerns in northeast Syria while stressing the importance to the United States that Turkey does not mistreat the Kurds and other Syrian Democratic Forces with whom we have fought to defeat ISIS,” White House spokeswoman Sarah Sanders said in a statement.