A convoy of nearly 150 vehicles headed to the observation posts inside Syria's Idlib.

Turkey on on February 07, 2020 continue to send military reinforcement to the Syrian border after the Assad regime forces’ attacks attack against Turkish troops in Idlib.

Hours before the dispatching, during a UN Security Council meeting in New York, Turkey's UN Ambassador Feridun Sinirlioglu said the Assad regime’s any attack against Turkish troops will be severely punished. 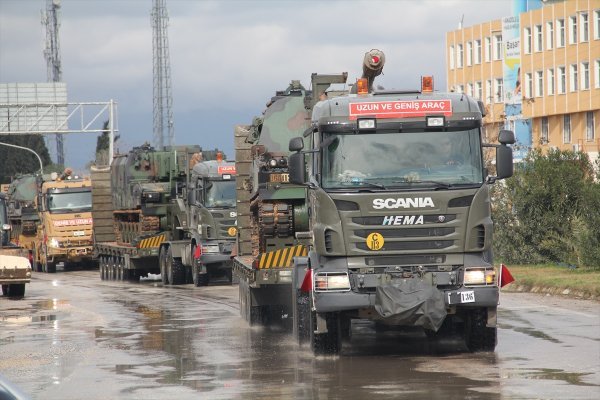 The additional personnel carriers, military vehicles and commando units reached to Reyhanli district of border province Hatay. The soldiers were warmly welcomed by the residents and the children of a village near the border. 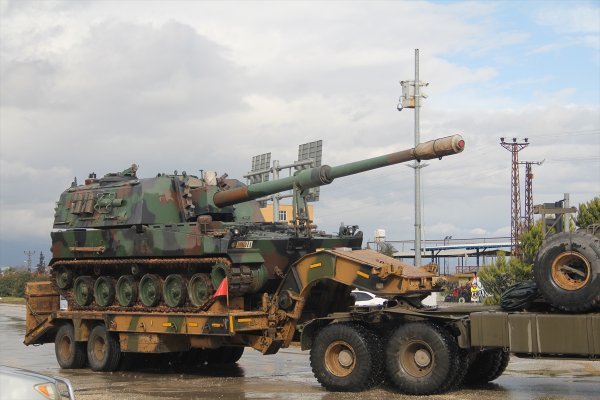 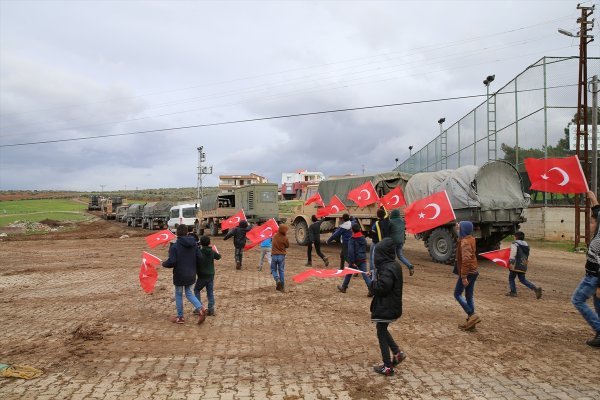 Turkey is a key guarantor country in the region as part of the de-escalation agreement, with its observation posts.