Turkey continues its efforts on establishing the Syrian safe zone

The Turkish defense minister said the first joint reconnaissance flight was carried out with a US helicopter on Saturday.

Efforts are underway to initiate joint patrols with US military personnel "soon" for the establishment of a safe zone in northern Syria, Turkey’s National Defense Minister Hulusi Akar said on Monday.

"Our works are ongoing to initiate joint patrols with the American military elements soon," Akar said during inspections on troops in the eastern Erzincan province, along with the chiefs of general staff, land, air, and naval forces. 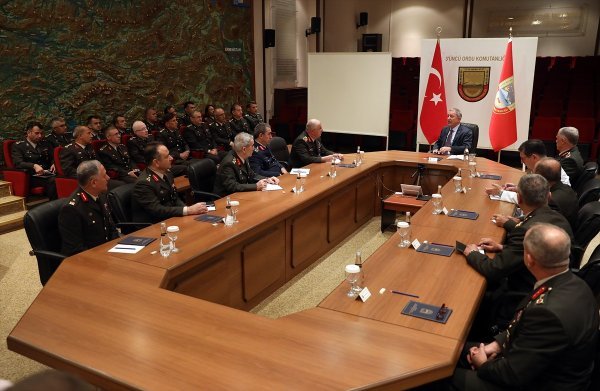 Turkish and US military officials reached an agreement on Aug. 7 that the safe zone in northern Syria will serve as a "peace corridor" for displaced Syrians longing to return home and a Joint Operations Center in Turkey will be set up to coordinate its establishment.