Turkish people courageously showed the world that they would not tolerate any attempt against a democratically elected government.

Turkey on Friday is commemorating the people killed during the July 15, 2016 defeated coup attempt.

Since its designation in October 2016, every year the nation marks July 15 as Democracy and National Unity Day, with events held nationwide to commemorate those who lost their lives beating back the putschists and to remember the bravery of the nation. 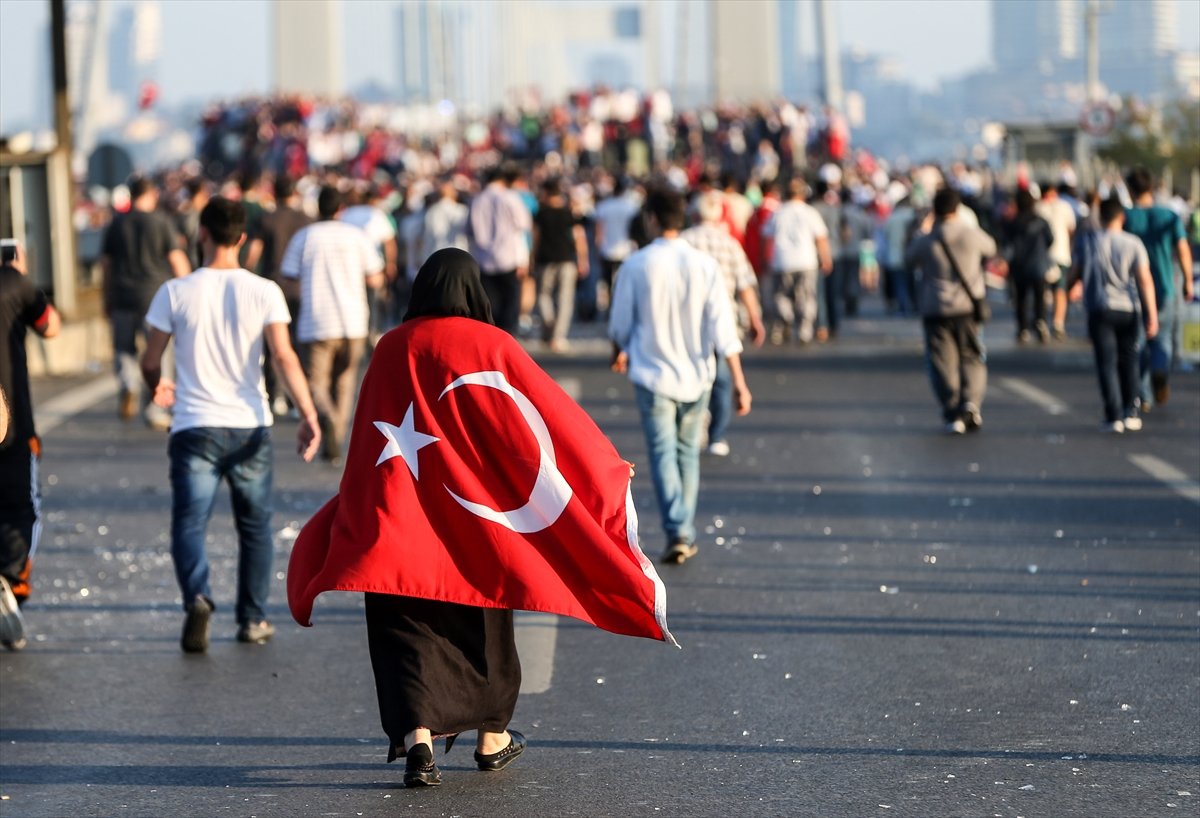 Standing against the threat, the Turkish people courageously showed the world that they would not tolerate any attempt to thwart their will as expressed through their democratically elected government. 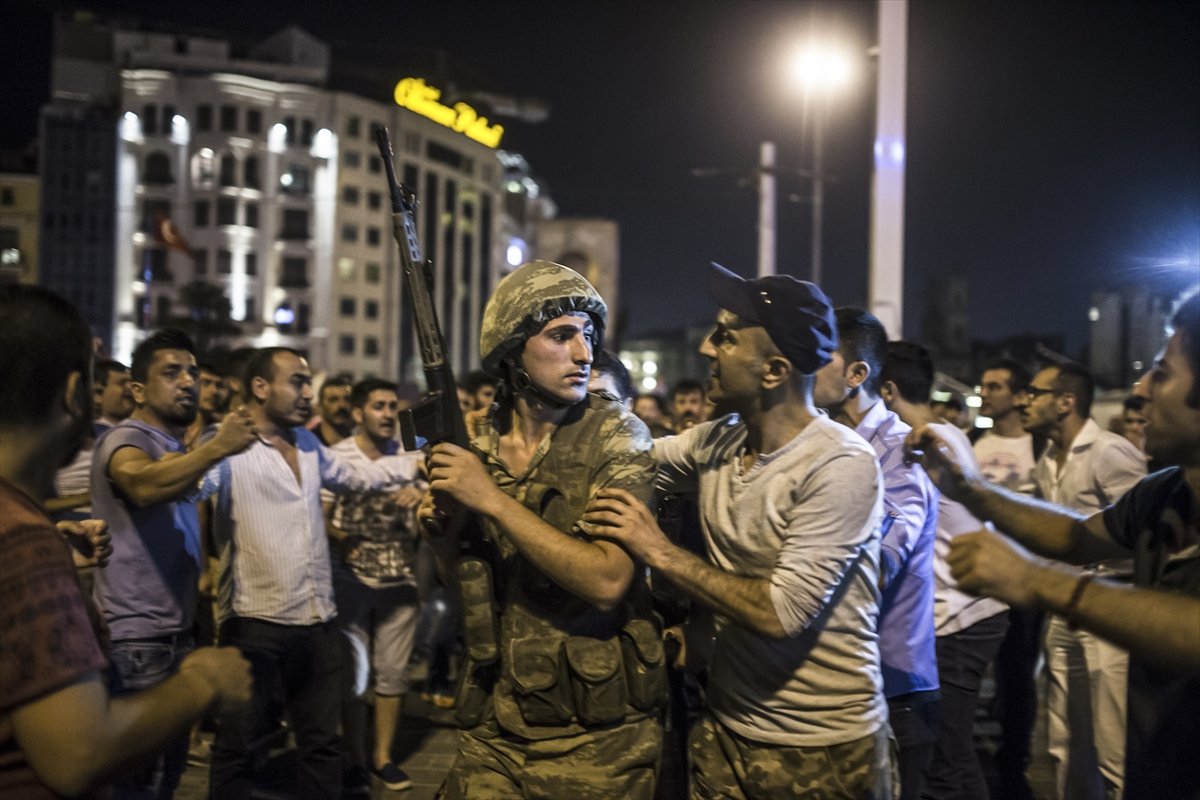 Turkish President Recep Tayyip Erdoğan has consistently warned countries that support or host fugitive FETO members of the danger of doing so, as "FETO is a bloody terror group that hides its dark face under the guise of deception."

Over the years, the international community has come to gradually understand that FETO is not a social movement but a dark and insidious terror group with political and economic aims.

Additionally, the Turkish Republic of Northern Cyprus also declared FETO a terror organization, as did the Supreme Court of Pakistan in a December 2018 ruling.

As a result of Turkey's efforts at last month’s NATO leaders' summit in Madrid, Spain, FETO was named a terror group in the records of the alliance for the first time, according to the Turkish president. 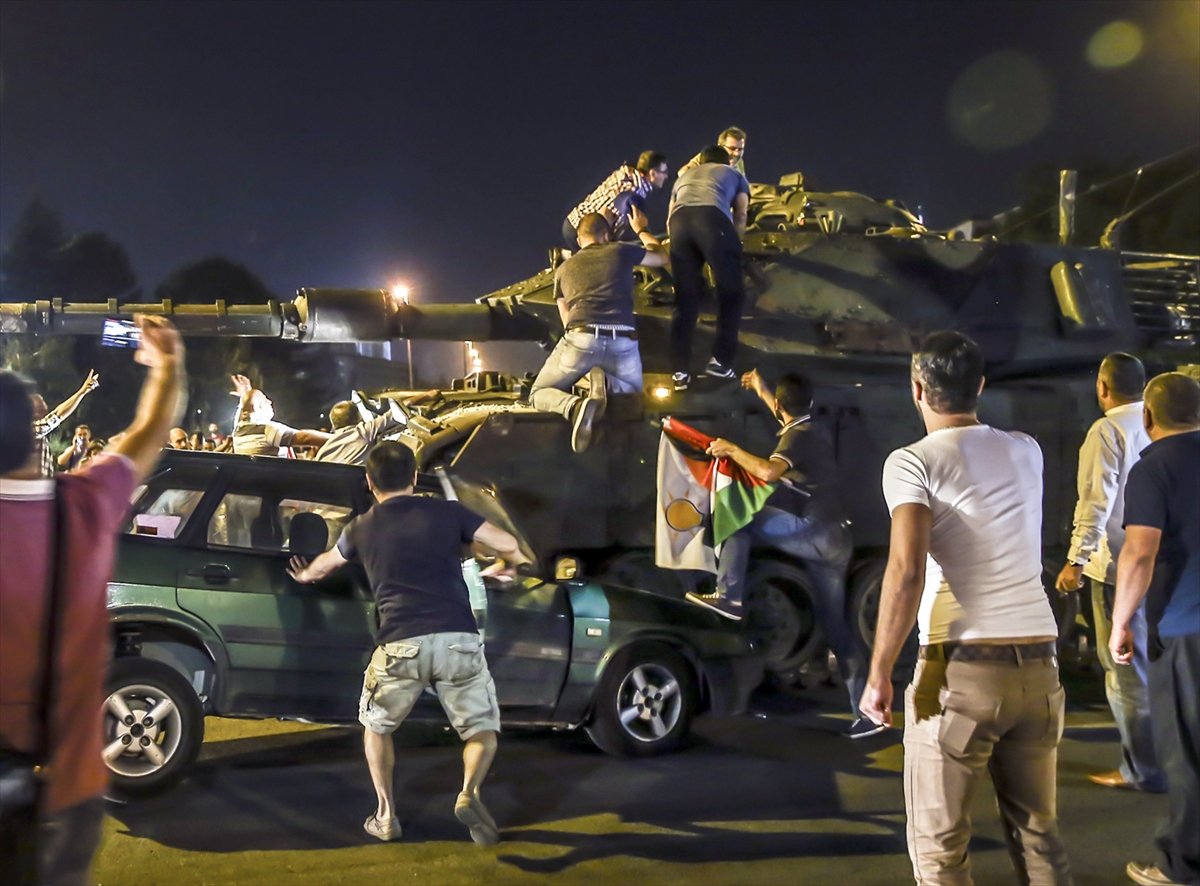 In 2021, in the nation’s capital Ankara, the July 15 Democracy Museum commemorating the defeated coup was officially opened on its fifth anniversary.

Marking the anniversary, Turkish officials attended several commemorative ceremonies and events across the country as part of Democracy and National Unity Day.

Separately, a ceremony was held at parliament, which was among the areas targeted by the coup plotters. 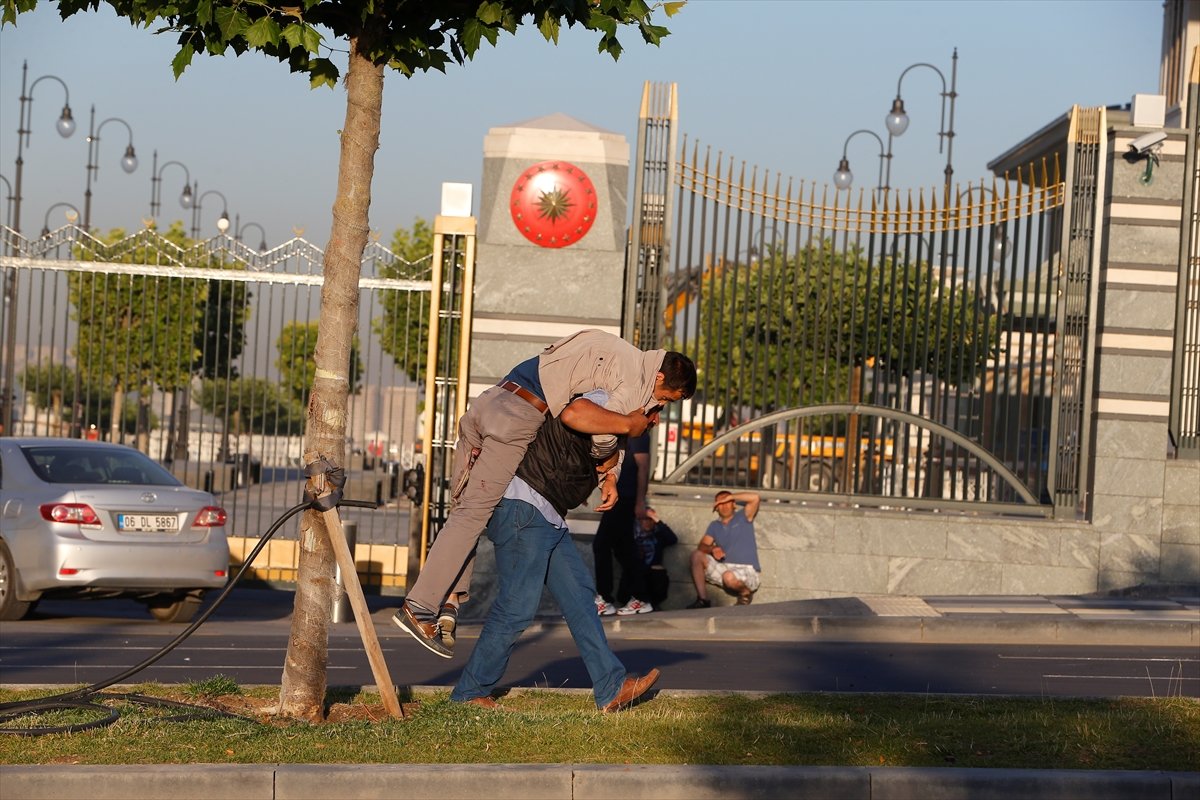 The Turkish community in the US also ran an advertisement in The Washington Post pushing for the extradition of FETO’s ringleader, who lives in the US state of Pennsylvania. Turkey has been pressing for years for the US to send him back so he can face justice.

Ceremonies were also organized by Turkey's Communications Directorate and held at the July 15 monuments in Istanbul and Ankara paying tribute to the valor of the 251 souls killed in the defeated coup.

Omer Halisdemir, who was shot to death by a senior coup plotter, became a symbol of the Turkish resistance to the defeated coup.

When pro-coup Brig. Gen. Semih Terzi attempted to seize control of the Special Forces Command in Ankara, Halisdemir shot him. But Halisdemir was later shot and killed with dozens of bullets from pro-coup FETO-affiliated soldiers.

Halisdemir, 41, was married and had two children. Sgt. Bülent Aydın was dubbed "the first martyr" of the night of July 15, in line with official records. 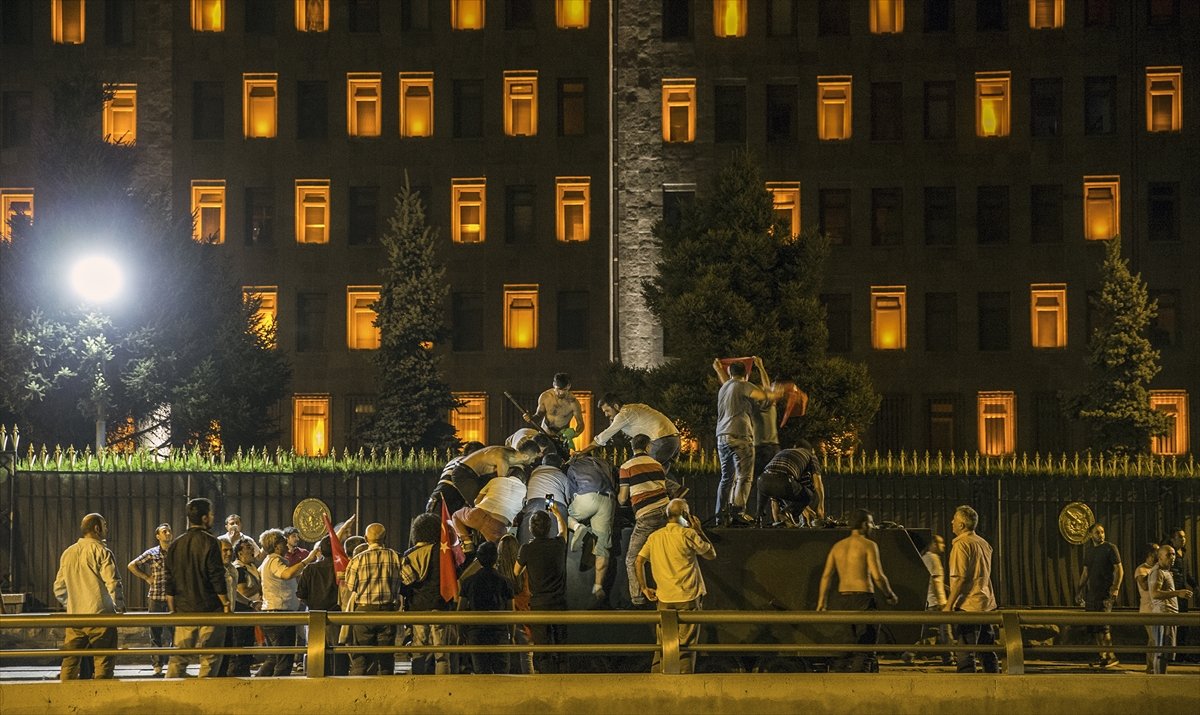 Aydın worked at the Special Operations Department and though he was eligible for retirement five years before the fateful day, he kept working because "he was still young," in his own words.

Resisting the coup plotters, he tried to hold onto the Turkish flag in front of the General Staff headquarters.

Aydın, 47, was also married and had two children. Burak Cantürk was among many students killed during the night of July 15.​​​​​​​

Cantürk, 23, studied at Balıkesir University and supported himself by working as a waiter at a restaurant in Çengelköy, Istanbul during the summer. A coup plotter shot him that night. 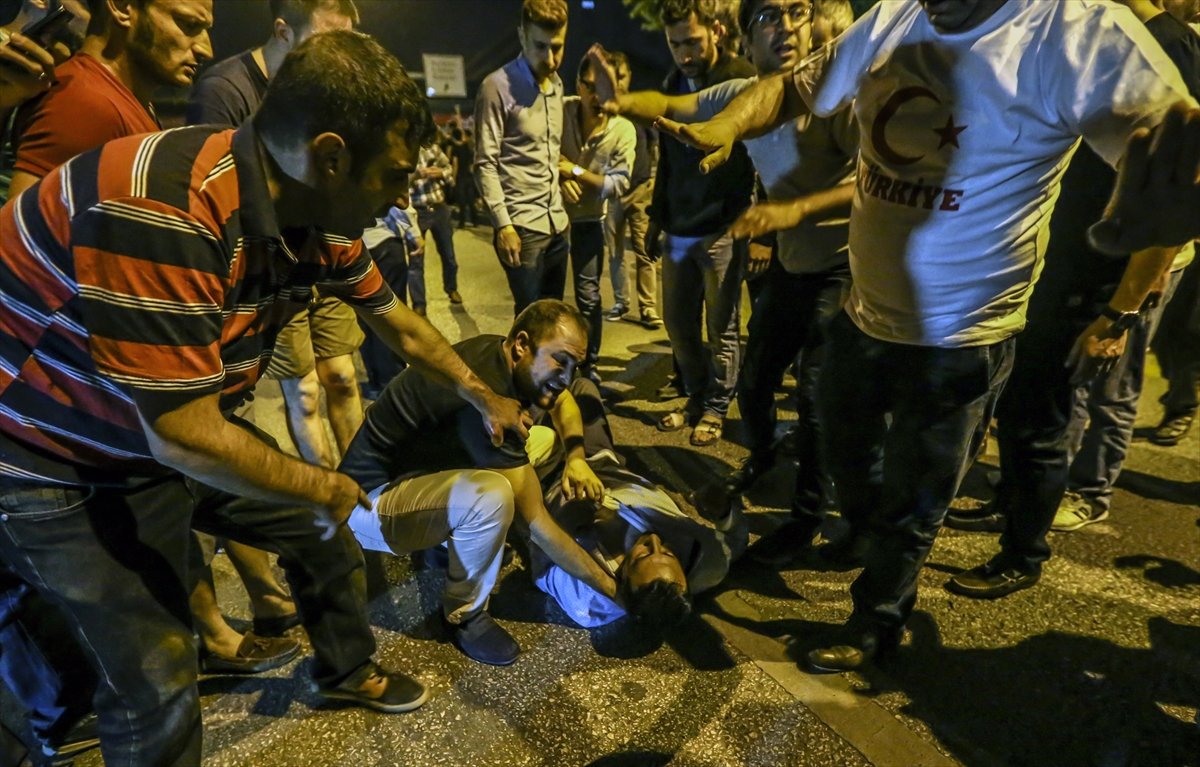 Inside the restaurant, Cantürk's colleagues set up a commemorative photo corner to keep their memories of him alive.

Cennet Yiğit, 22, was one of the youngest victims of the coup plotters.

She was a deputy inspector at the Special Operations Department in Gölbaşı, Ankara when coup plotters bombed the office building.

Yiğit was unmarried when she was killed, but had scheduled an engagement ceremony within a month.

When she was killed, it had been just 10 months since she began her childhood dream of becoming a police officer.