Mansur Yavaş, main opposition's candidate for Turkish capital, says voter’s will is 'greatest' of all.

Mansur Yavaş, the mayoral candidate of the main opposition Republican People’s Party for the capital Ankara, cast his ballot in Sunday's local elections in Ankara, Turkey.

"THE VOTER'S WILL IS THE GREATEST OF ALL"

Speaking to reporters after voting, Yavaş wished that election results will bring prosperity to the residents of Ankara. The voter’s will is the “greatest” of all, Yavaş said. 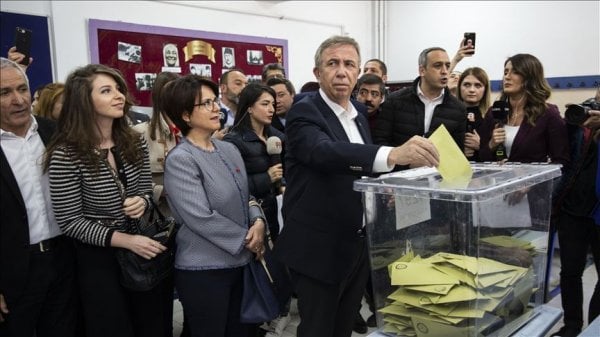