Celebrations marking the 99th anniversary of the founding of the Republic of Turkey began on Saturday with a ceremony at the mausoleum of the country's founder Mustafa Kemal Atatürk in the capital Ankara.

Headed by President Recep Tayyip Erdoğan, the ceremony at the landmark, known as Anitkabir, was attended by numerous state and military officials.

Erdoğan left a star-and-crescent wreath of red and white carnations on Atatürk's tomb, and he observed a moment of silence with other attendees before the playing of the Turkish national anthem.

The president wrote in the mausoleum's memorial book: "We are working hard to make our Republic stand forever."

He added that the historical day would be crowned with the opening of the production facility for Turkey's first domestic electric car, TOGG.

"Regardless of the obstacles put in front of us, we are resolutely continuing our struggle to make the current century 'The Century of Turkey,' and to realize our nation's dreams," Erdoğan said. 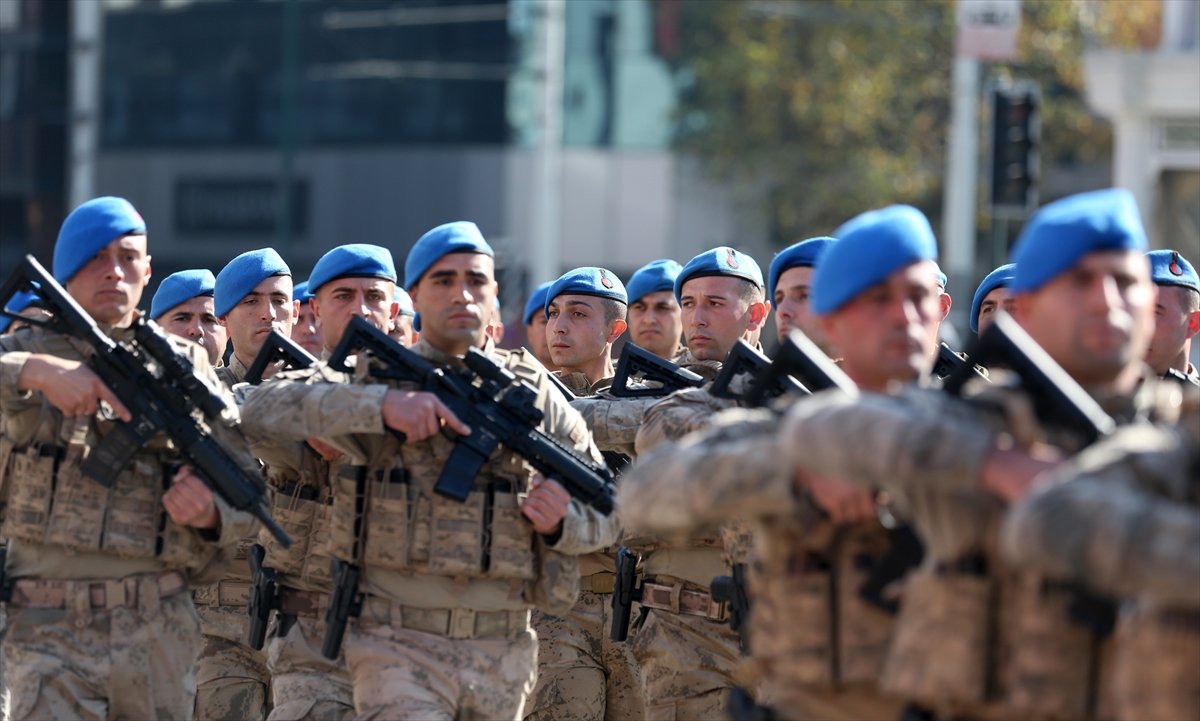 The Turkish War of Independence started with Atatürk's landing on the city of Samsun on the Black Sea coast in 1919.

Anatolia's liberation from occupation opened a new chapter in Turkish history as the new country was recognized under the Treaty of Lausanne in 1923.

On Oct. 29, 1923, Atatürk officially declared the name of the nation and proclaimed the country's status as a republic.

A vote then took place in Turkey's parliament, the Grand National Assembly, and Atatürk was unanimously elected the first president of the Republic of Turkey.

Since then, Turkey has celebrated Republic Day every year on Oct. 29. 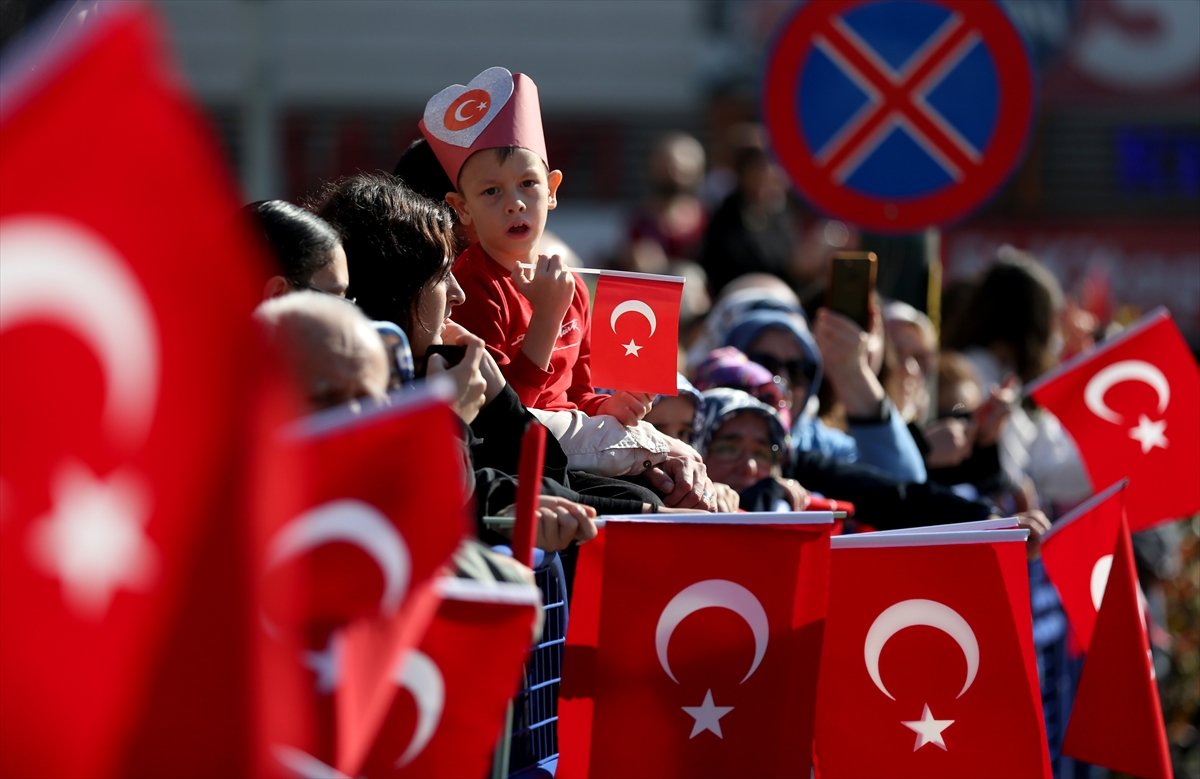 Marking Republic Day, parliament speaker Mustafa Şentop said in a statement that the republic was the embodiment of Turkey's national sovereignty and democracy.

"Our ideal of a 'strong and fully independent Turkey' and our understanding of 'a strong Turkey as the guarantor of peace and tranquility' are gaining greater strength and determination with each passing day," he said.

Vice President Fuat Oktay commemorated the country's heroes who helped gain independence, especially Atatürk, saying: "We are protecting the heritage of our ancestors in this land that has been home to our nation for centuries, and we are marching to the 100th year of the Republic with confident steps." 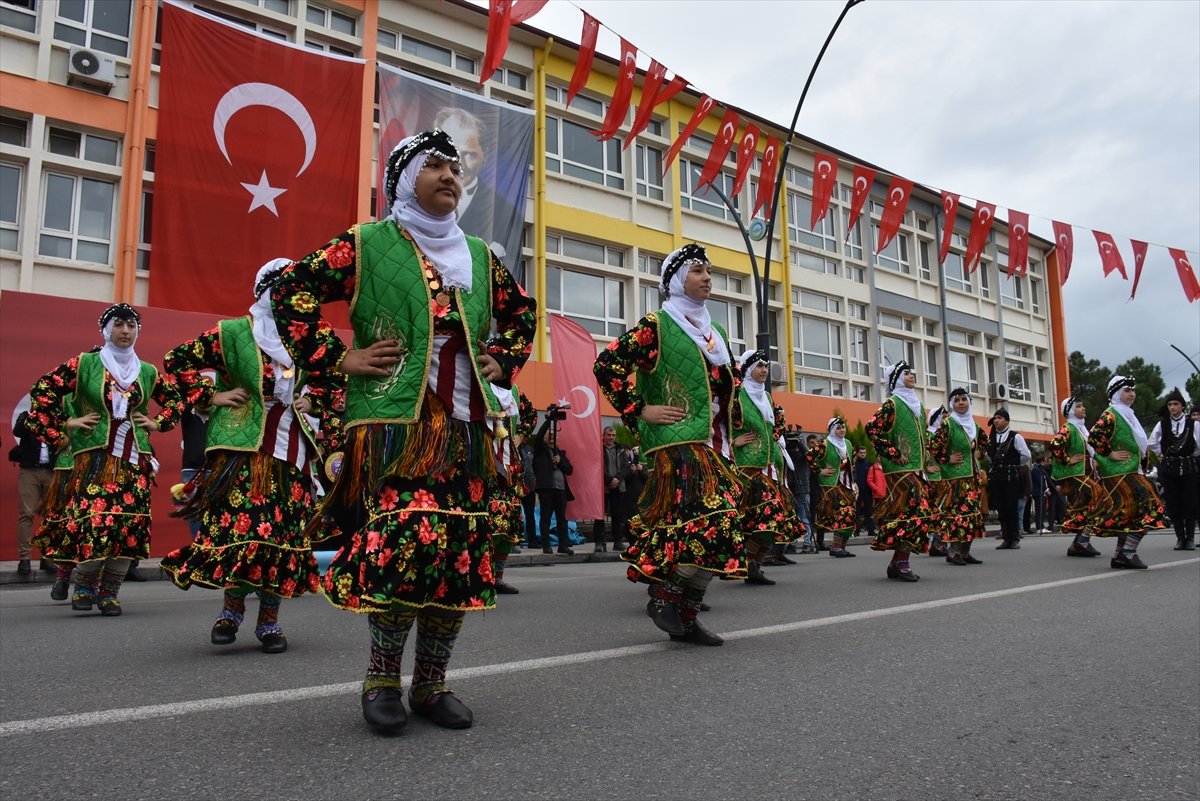 For his part, Foreign Minister Mevlüt Çavuşoğlu said on Twitter: "We trust our century-old Republic, and we walk into the future with the strength we derive from its values. May the souls of veteran Mustafa Kemal Atatürk and our heroic ancestors, who gifted the Republic to us, rest in peace."

Also marking the day, the National Defense Ministry shared a video that includes images taken during the War of Independence and the Battle of Canakkale.

The Communications Directorate will also perform three-dimensional "video mapping" displays under the theme "Century of Turkey" in historical locations in Ankara and Istanbul on the occasion.

At 8.23 p.m. local time (1723GMT), audiences will be greeted by the displays, featuring cutting-edge designs at the historical Haydarpasa Train Station and Galata Tower in Istanbul, as well as the Presidential Symphony Orchestra building and Museum of the Republic in Ankara.