Turkey calls on Greece for dialogue on East Med

Turkey repeates its call to Greece to resolve disputes between two countries in Eastern Mediterranean through international law.

"We believe that problems [between Turkey and Greece] can and should be resolved as part of negotiations," Turkish National Defense Minister Hulusi Akar said ahead of a meeting with German Ambassador to Turkey Jurgen Schulz.

Underlining that Turkey has always been on the side of international law in the ongoing issues concerning the Eastern Mediterranean and Aegean Sea regions, Akar said that Ankara was prioritizing good neighborly relations, dialogue and negotiation.

"We expect, on the one hand, for exploratory talks to start, and on the other for negotiations to begin under the measures for confidence and confidence-building, as well as the deconfliction talks following the meetings between our president [Recep Tayyip Erdogan] and NATO Secretary-General Jens Stoltenberg," Akar said before the meeting at the National Defense Ministry in the capital Ankara.

Thanking Germany for its role towards securing peace and a resolution in the Eastern Mediterranean, he said Germany made very important contributions to this process. 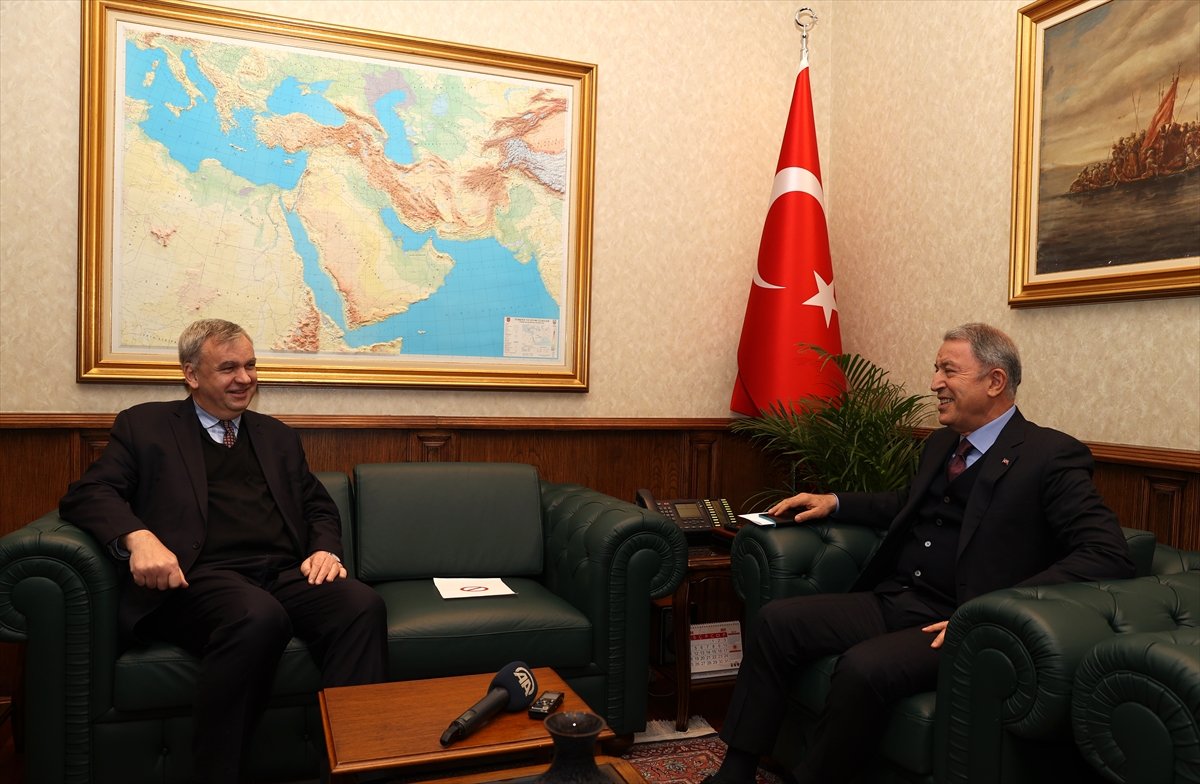 "I'd also express that we expect all third parties to evaluate the problems between Turkey and Greece objectively," Akar asserted.

For his part, Schulz said they expected the tension to be resolved as soon as possible and that the best way for this would be mutual talks.

Amid recent tensions in the region, Greece and the Greek Cypriot administration have increased their pressure on other EU members to impose sanctions on Turkey during the EU leaders' summit on Dec. 11.

Turkey, which has the longest continental coastline in the Eastern Mediterranean, has rejected maritime boundary claims of Greece and the Greek Cypriot administration, and stressed that these excessive claims violate the sovereign rights of both Turkey and the Turkish Cypriots.

Ankara has sent several drill ships in the past weeks to explore for energy resources in the Eastern Mediterranean, asserting its own rights in the region, as well as those of the Turkish Republic of Northern Cyprus.

Turkish leaders have repeatedly stressed that Ankara is in favor of resolving all outstanding problems in the region through international law, good neighborly relations, dialogue, and negotiation.