Turkey: At least 103 kg of heroin seized in Van

According to police data, Turkish security forces have confiscated a total of 17.3 tons of heroin in 2018, arresting more than 1,500 suspects.

Turkish police seized on Wednesday some 103.2 kilograms (227.5 pounds) of heroin in the eastern province of Van.

Anti-drug police launched an operation against illegal drug trafficking in the Tusba district of the city, local police department said in a statement.

During the search, police found 103.2 kg of heroin in 204 packages hidden in 5 boxes in a parked vehicle. One suspect was detained in connection with the drugs. 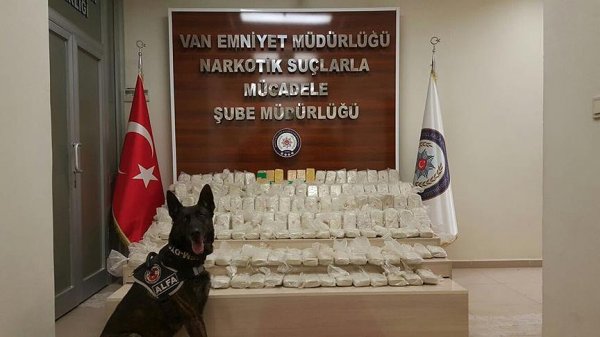 Also, anti-drug police found 2,558 opiates and 21.5 grams (0.7 ounces) of powder drugs in the Erbaa district of the northern Tokat province. Four people were detained in the operation.