Turkey applies to UN over registering pact with Libya

Government sources announced that Turkey has applied to the UN to register the pact signed with Libya that sets out the countries’ maritime boundaries in the Mediterranean.

Turkey on Thursday sent its accord with Libya on a maritime boundary between the two countries to the United Nations for approval, a Turkish diplomatic source said.

Turkey repeatedly stated the accord aims to protect its rights and is in line with international law. President Erdoğan said that the accord will allow Turkey and Libya to hold joint exploration operations in the region. 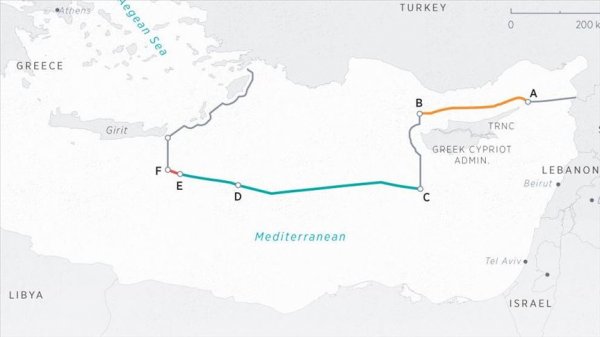 Infuriated by the pact, Greece accused Libya’s government of deception and expelled the Libyan ambassador to Athens. It also said it had lodged objections with the United Nations, saying the accord violated international law.

Turkey has urged regional countries to take an equality-based approach to these resources, but its calls have largely fallen on deaf ears. Ankara continues its drilling and discovery operations in the region under the protection of the country's navy.