Country's health minister called for people to get vaccinated before Eid al-Adha.

Turkey set the goal of vaccinating people in the country aged 18 and above before Eid al-Adha that will be celebrated from Tuesday 20 July to Friday 23 July.

In a message posted on his Twitter account, Turkish Health Minister Fahrettin Koca reminded that the Eid is almost, saying: "Let's strive for our goal of receiving at least one dose of vaccine for the population aged 18 and over before the Eid."

"Let's get the epidemic off the agenda with a vaccine," Koca said. 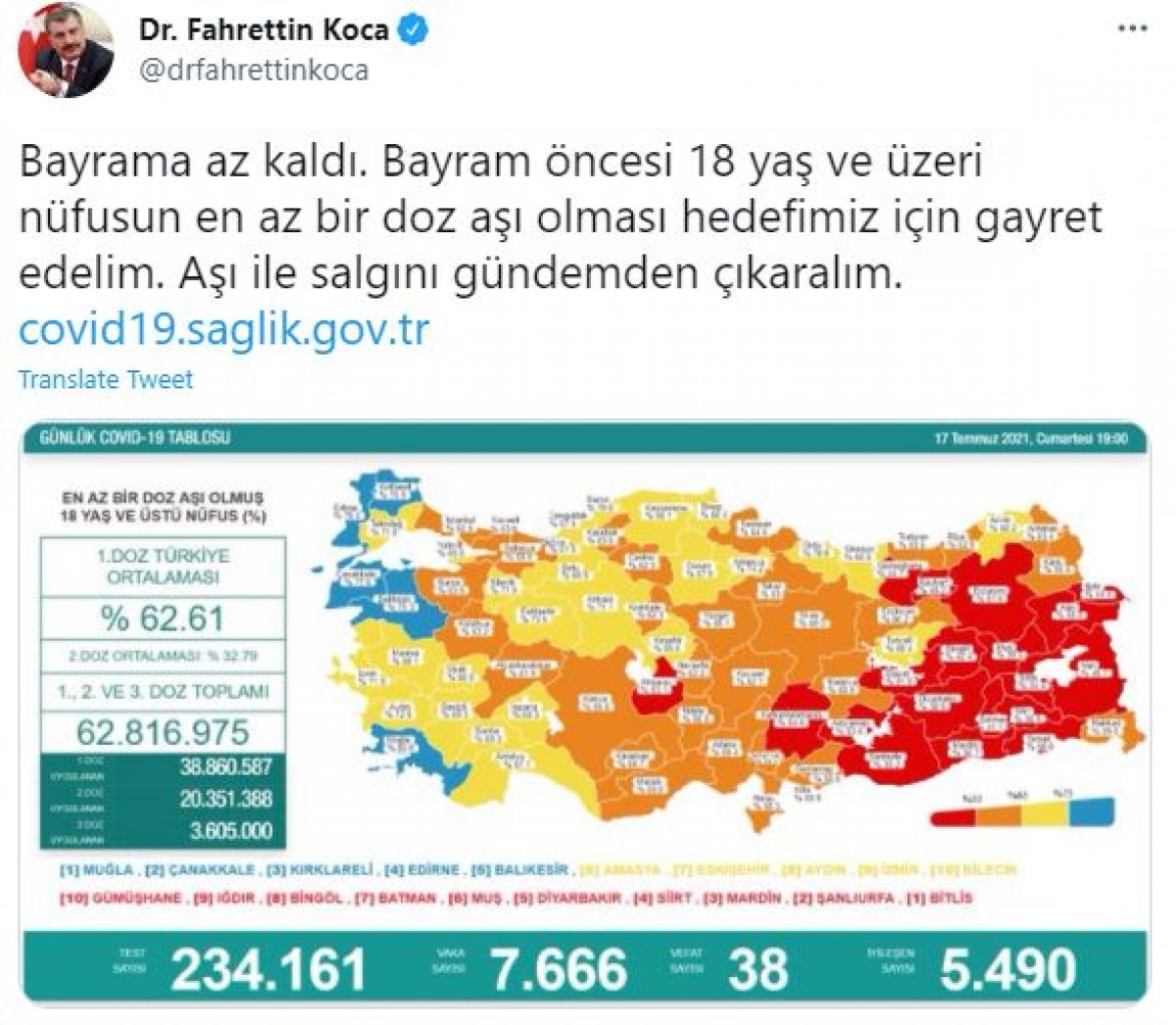 Meanwhile, Turkey has administered over half a million doses of coronavirus vaccines in the last 24 hours, according to figures released on Saturday.

The country continues its vaccination campaign, which began this January, to curb the spread of the virus, as all residents 18 and over are eligible for vaccine shots.

To date, over 62% of the adult population has received at least one dose.

Amid a nationwide drop in cases and expedited vaccination efforts, Turkey entered a new normalization phase on July 1, lifting almost all virus-related restrictions.

However, seeking to limit the spread of the Delta variant of the virus, the country suspended flights from India – where the strain was first found.

Meanwhile, arrivals from the UK, Iran, Egypt, and Singapore are required to have negative coronavirus tests within 72 hours before their flight.

​​​​​​​Since December 2019, the pandemic has claimed over 4 million lives in 192 countries and regions, with nearly 190 million cases reported, according to the US’ Johns Hopkins University.