Speaking to reporters at the White House on Friday, Trump said that he does not blame Turkey for buying the Russian S-400 missile defense systems.

US President Donald Trump said on Friday he does not blame Turkey for buying a Russian missile defense system, which prompted his administration to remove the NATO ally from the F-35 fighter jet program.

"IT'S A TOUGH SITUATION"

Trump, who was speaking to reporters at the White House, did not say when he would decide on imposing sanctions on Turkey for doing business with the Russian military, as required by a 2017 US sanctions law.

"We’re looking at the whole Turkey situation," Trump said. "It’s a tough situation... I don’t blame Turkey because there are a lot of circumstances." 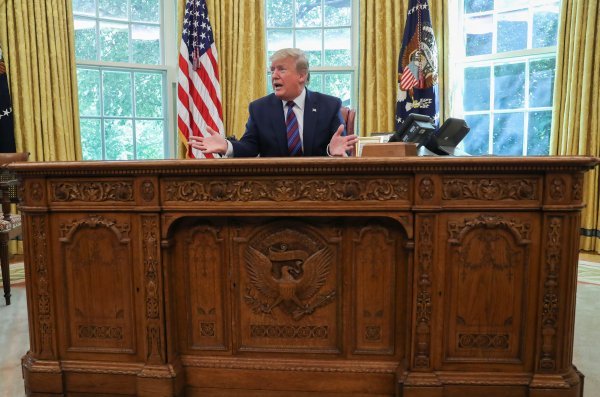 Turkish President Tayyip Erdoğan said on Friday his country would turn elsewhere for fighter jets if the United States will not sell it the F-35 jets, adding that a US decision to cut Ankara from the program would not deter it from meeting its needs.

US lawmakers have said they are unhappy about Turkey’s purchase of the Russian missile defense system, but are unsure what Trump or Congress should do next, suggesting efforts to impose sanctions were on the back burner for now.