PHOTOS ARE BEING USED TAKEN IN DIFFERENT TIMES

However, photos that were shared to manipulate Turkey’s operation with images of families affected by war, were actually taken in different times and places.

Accounts close to terror group YPG/PKK posted an image of a man in tears hugging the boy who survived a bombardment, claiming that it was captured during Operation Peace Spring. 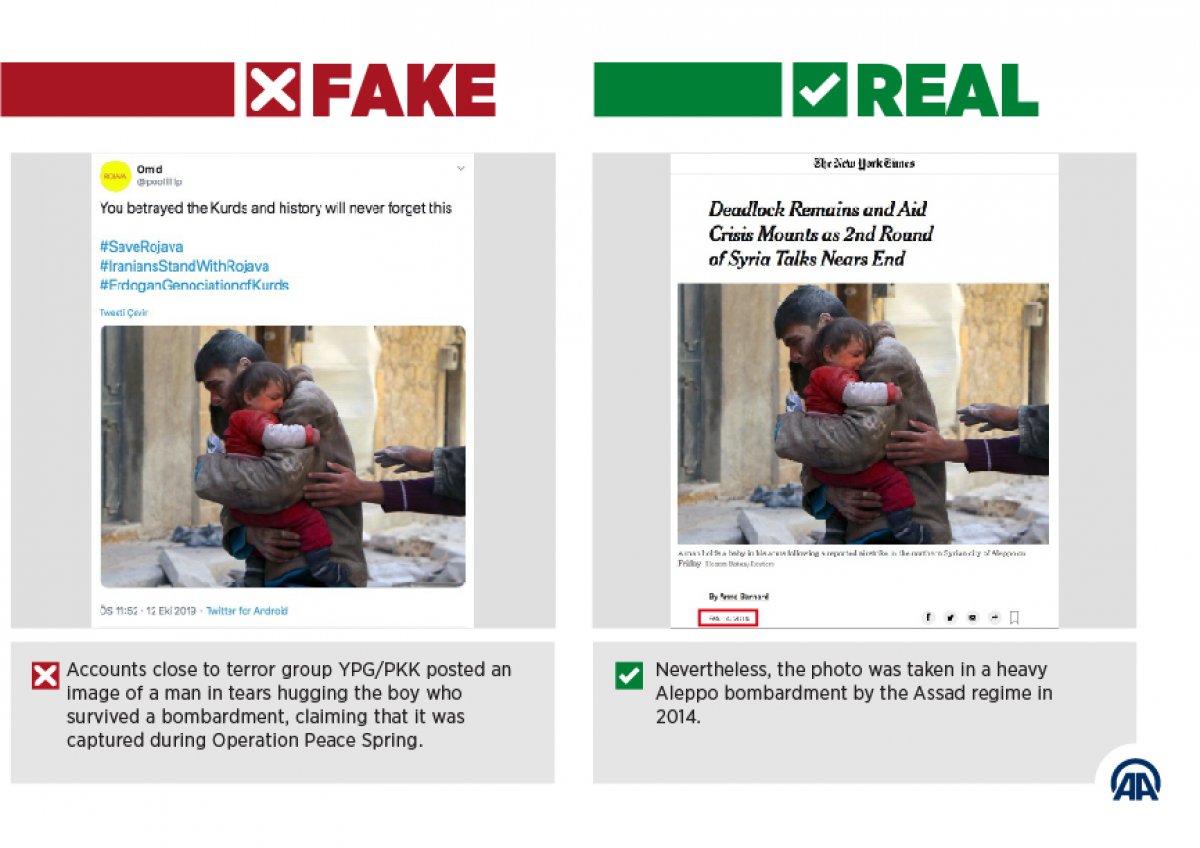 Nevertheless, the photo was taken in a heavy Aleppo bombardment by the Assad regime in 2014.

Similarly, pro-terrorist accounts shared a video of a father who cannot control his tears while holding his child's lifeless body, claiming that it was captured during Operation Peace Spring. 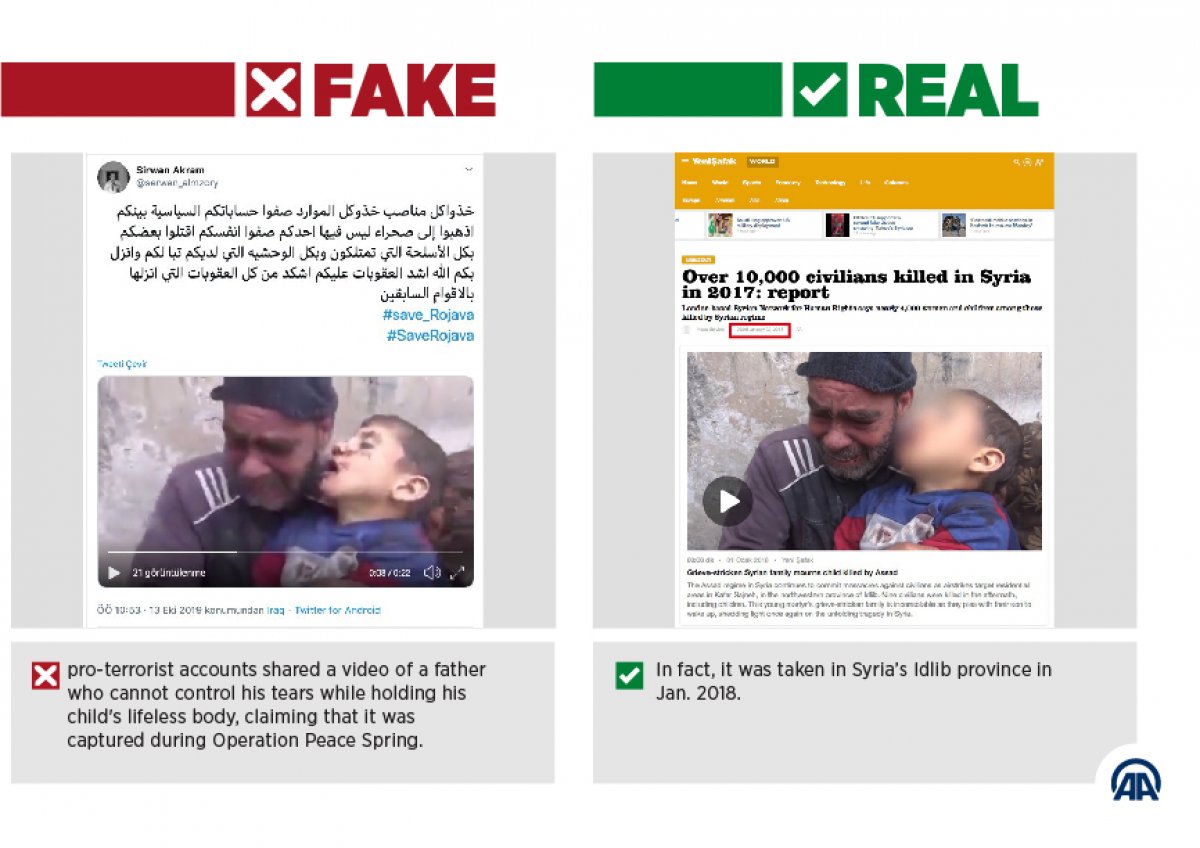 Another account manipulating the truth posted a photo of a little girl crying among a wreck as if it was taken in Operation Peace Spring. 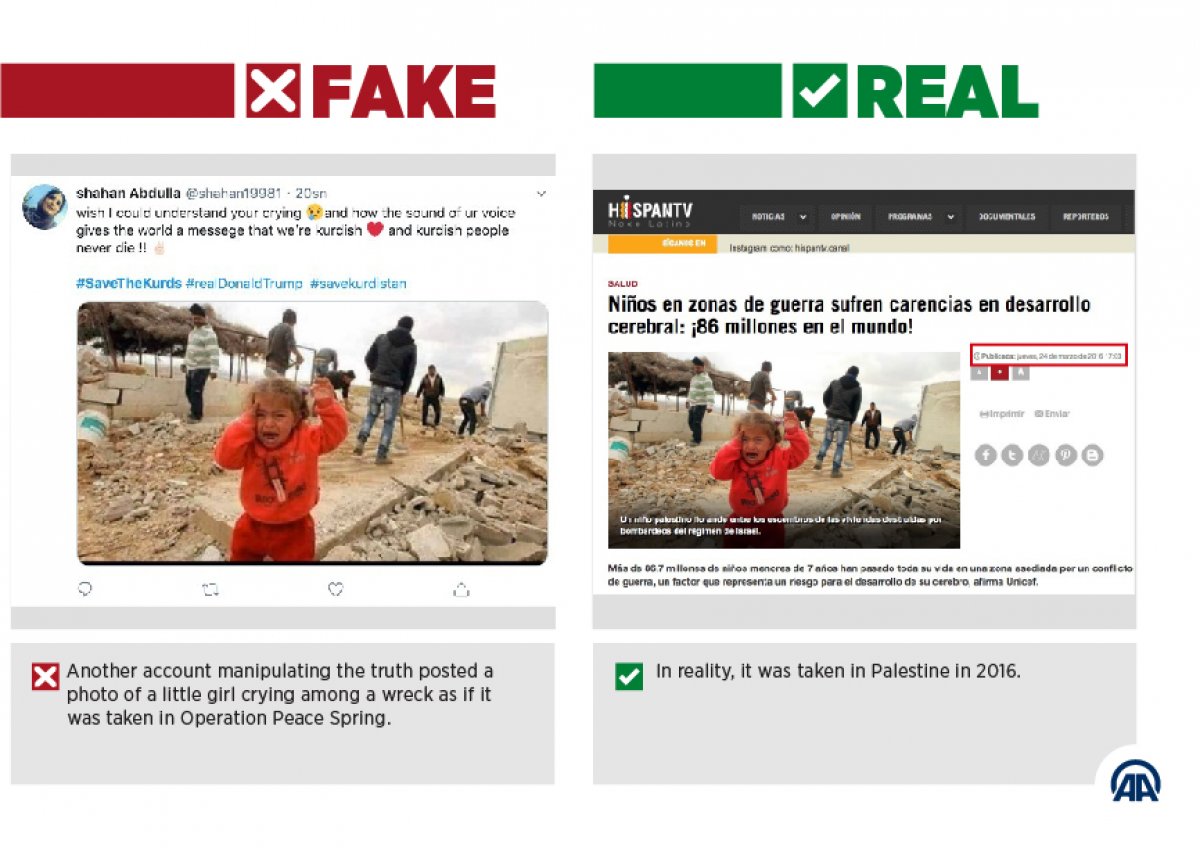 Supporters of the terror group spread a photo showing a boy in tears, crying among soldiers claiming it was taken during Turkey’s operation. 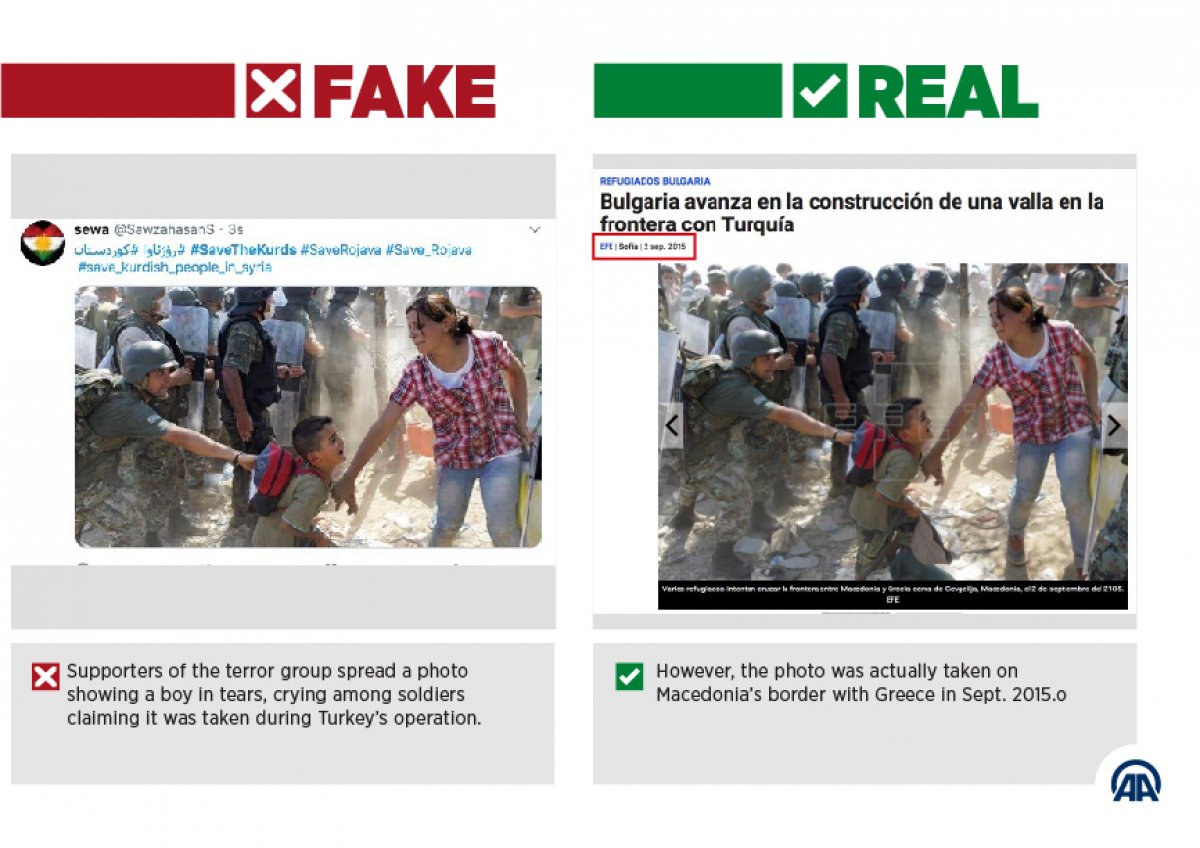 However, the photo was actually taken on Macedonia’s border with Greece in Sept. 2015.