Turkey opened the Sümela Monastery in the Black Sea province of Trabzon to visitors on Thursday after the completion of more than five years of restorations.

Also known as Mother Mary, or Virgin Mary, it is carved out of rocks in a wooded area on the slope of Mt. Karadag in Macka -- 300 meters (984 feet) above the Altindere Valley. 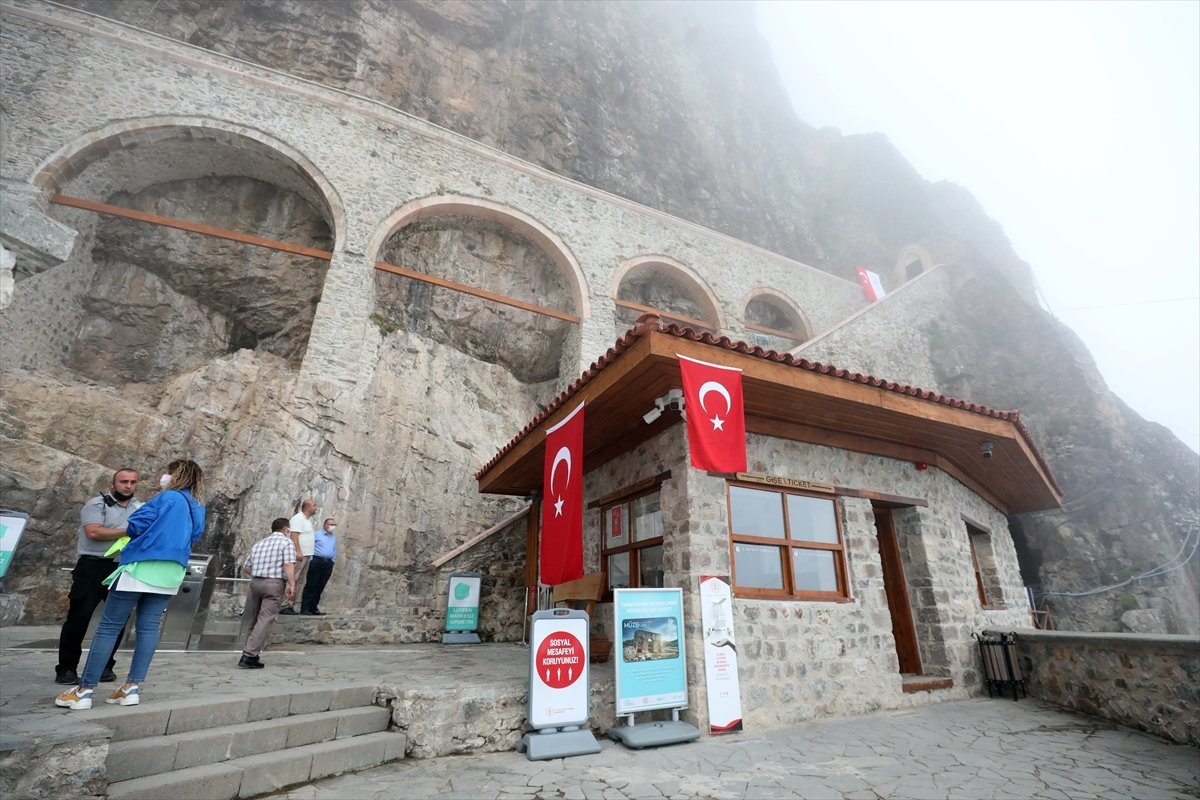 "I think we will end this year with 25 million tourists and over $20 billion in revenue If there is no serious change in conditions and a virus wave does not come again," he said.

The monastery is a very important place for tourism in the Black Sea region and Trabzon. Therefore, it was partially opened in 2019, according to Ersoy.

He said there are very important frescoes in different parts of the monastery. Coloring and revitalization works are continuing in those areas. 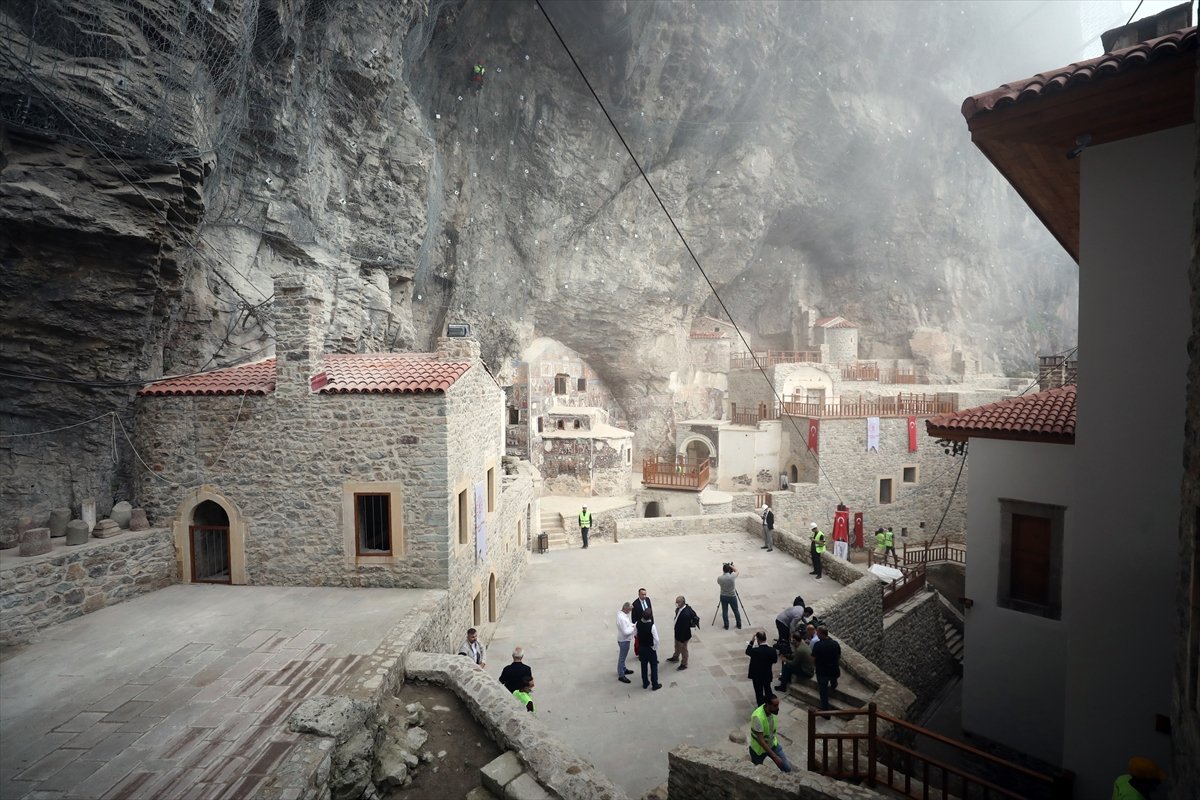 The restoration of the majestic monastery complex began in February 2016 and was completed in two phases after landscaping, investigation, and strengthening of the geological and geotechnical maintenance of rocks at a cost of around 57 million Turkish liras ($6.53 million), according to the Provincial Culture and Tourism Directorate.

The monastery, which is included in UNESCO's temporary list of World Heritage sites, was reopened for religious practice on Aug. 15, 2010, with permission from the Culture and Tourism Ministry, following an 88-year hiatus. 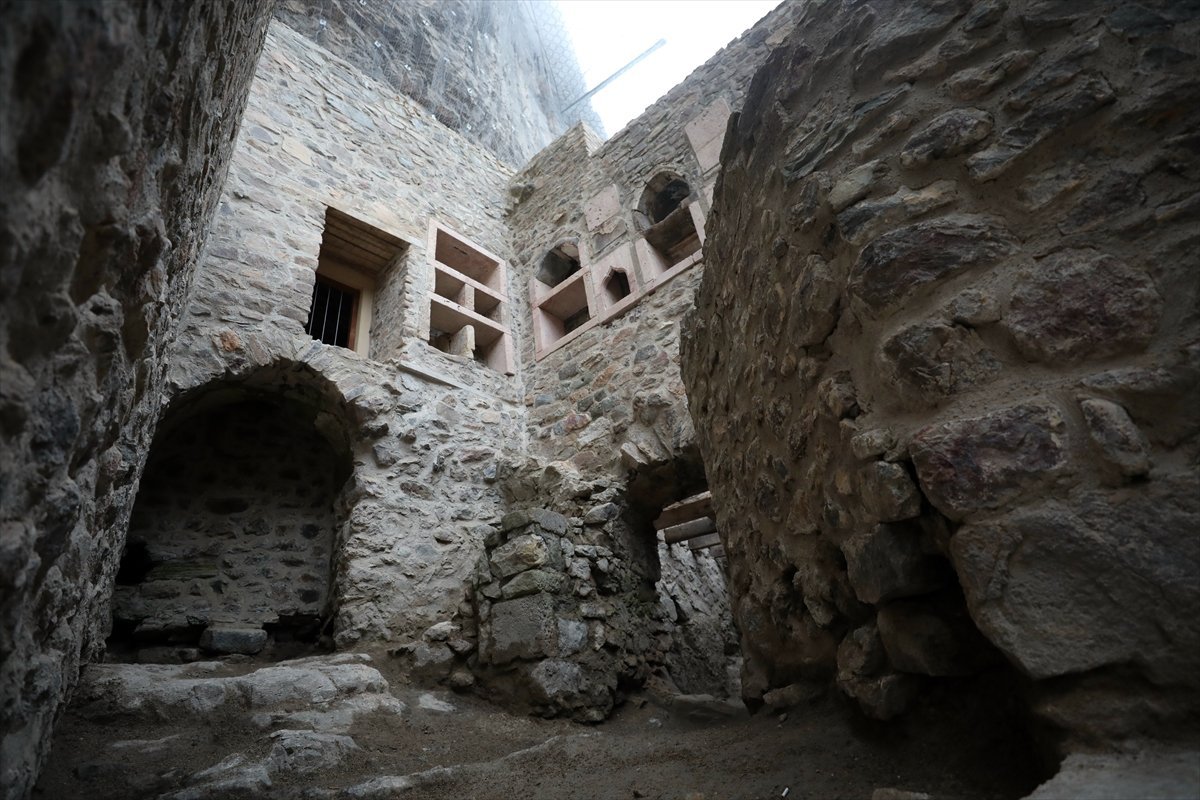 The country’s most important religious tourism center was closed in 2015 due to a risk of falling rocks from nearby Mt. Karadag.

It was partly reopened to visitors in May 2019 after more than three years of restoration efforts. 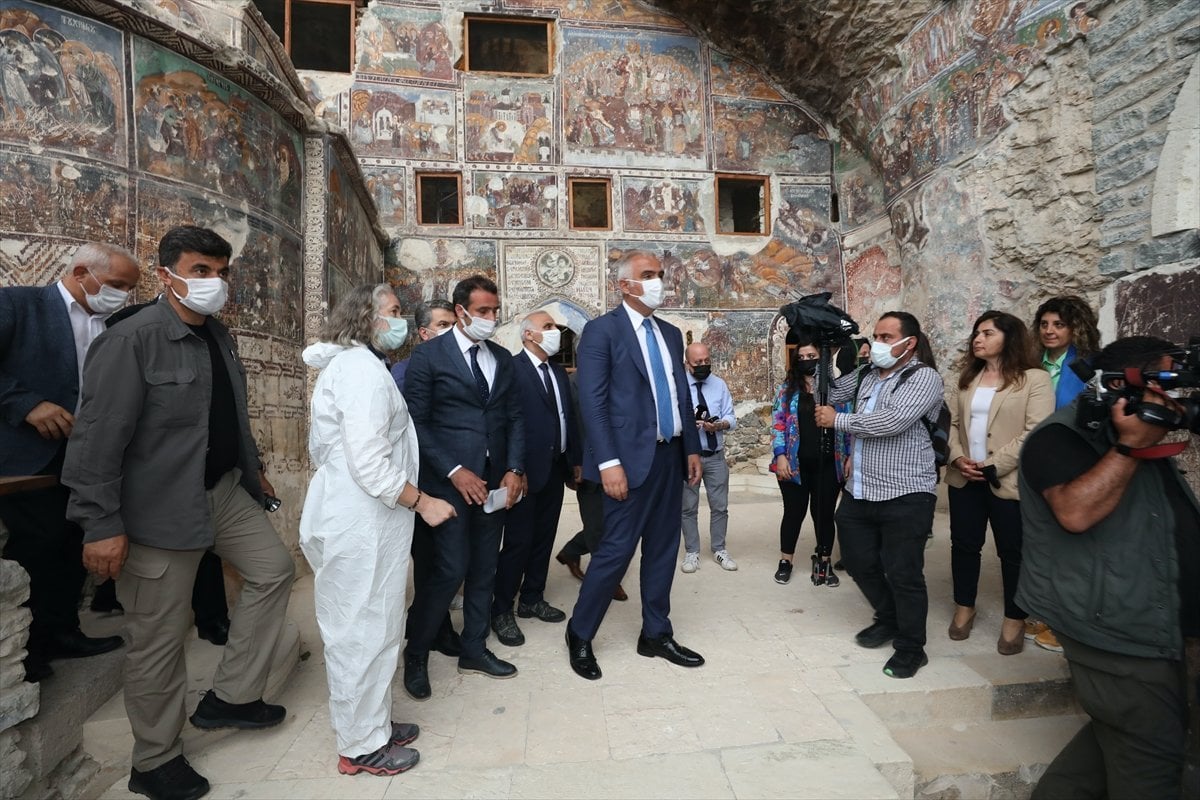 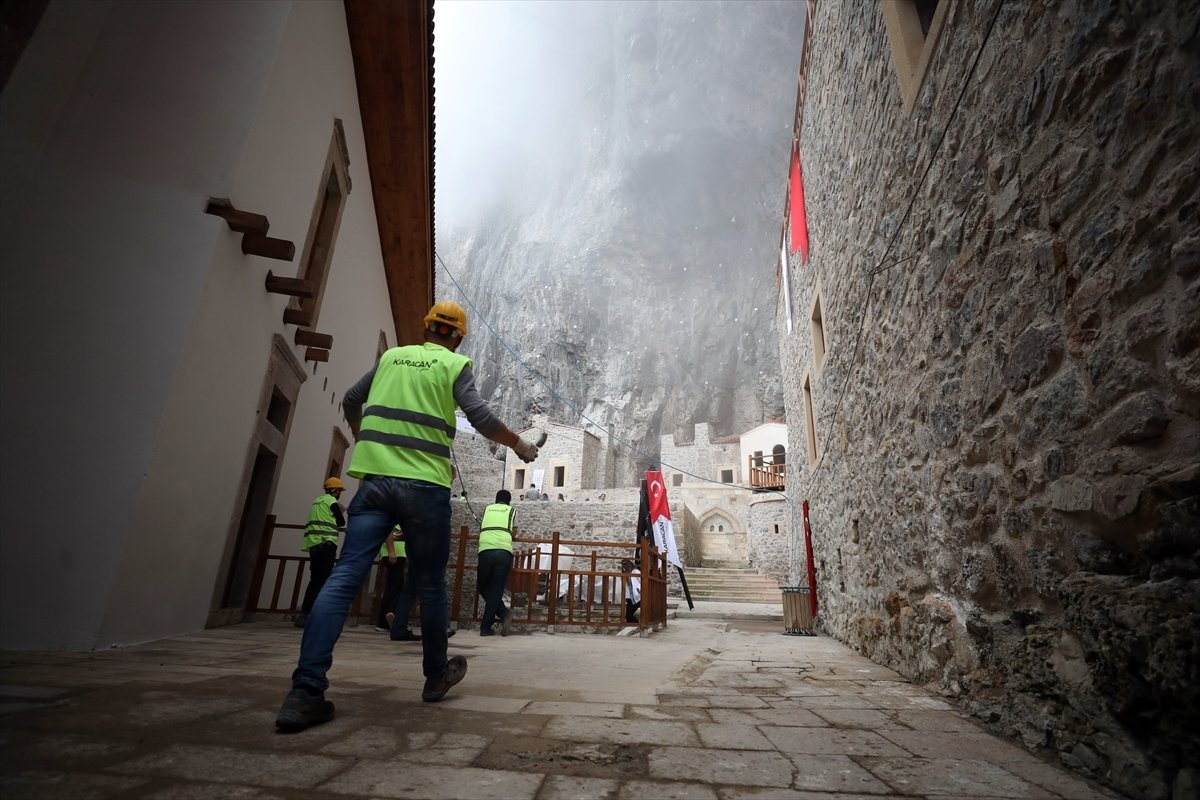