Large globules of mucilage which had been sighted since March in the Sea of Marmara offshore Turkey’s largest city of Istanbul are now absent.

Anadolu Agency shot aerial and underwater footage on the beaches of Istanbul to observe the current state of the mucilage which confirmed that it had been eliminated.

The population density on beaches where people flock during the summer when temperatures increase also attracted attention, with no mucilage observed in areas where people entered the sea. 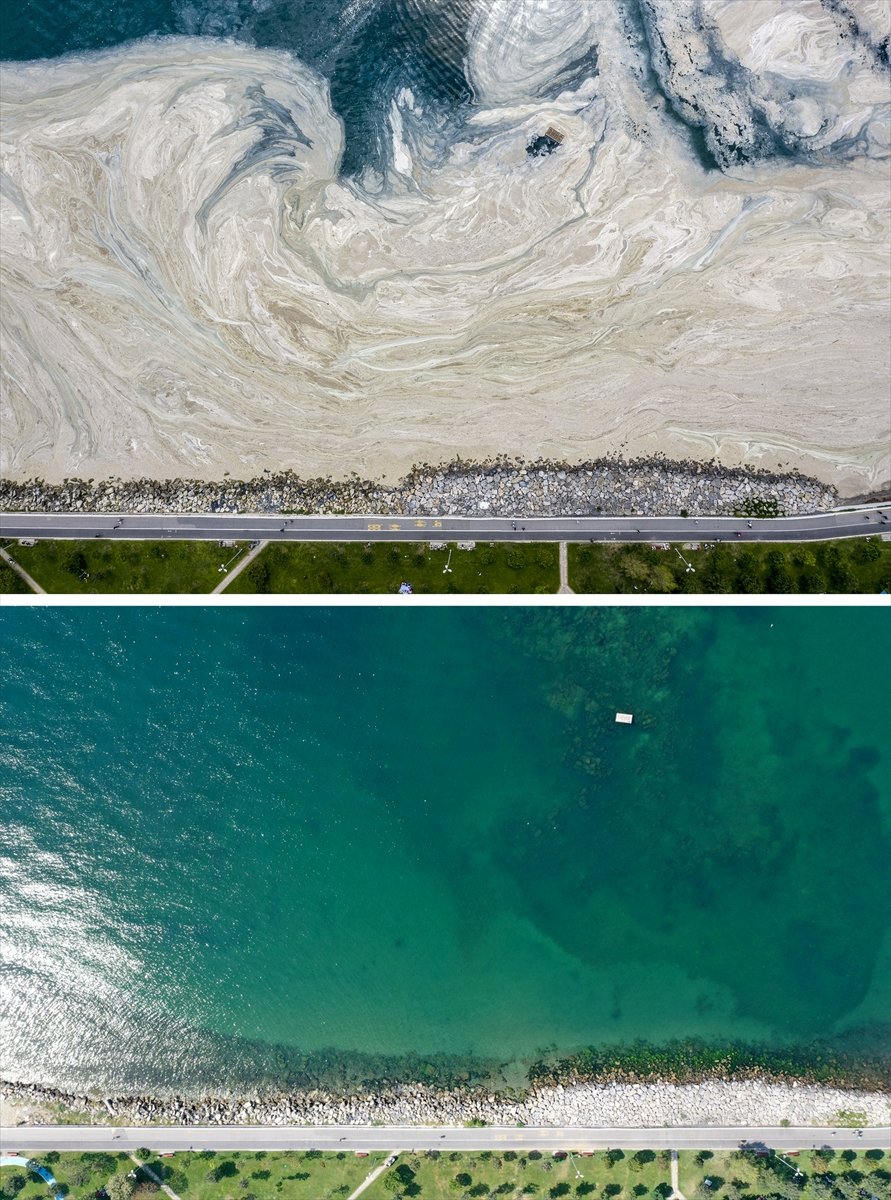 In addition, the sea water was clear as in the pre-mucilage days.

Mucilage is an overgrowth of microscopic algae called phytoplankton caused by rising seawater temperatures due to global warming, stagnant water and pollution.

This year, it was detected in January and intensified and expanded in April, resulting in a serious problem, contrary to previous instances, in which it usually disappeared in a month to 45 days.

As it continued to increase in intensity in May and June, Turkish authorities announced a comprehensive action plan to clean up the Sea of Marmara on June 6.​​​​​​​ 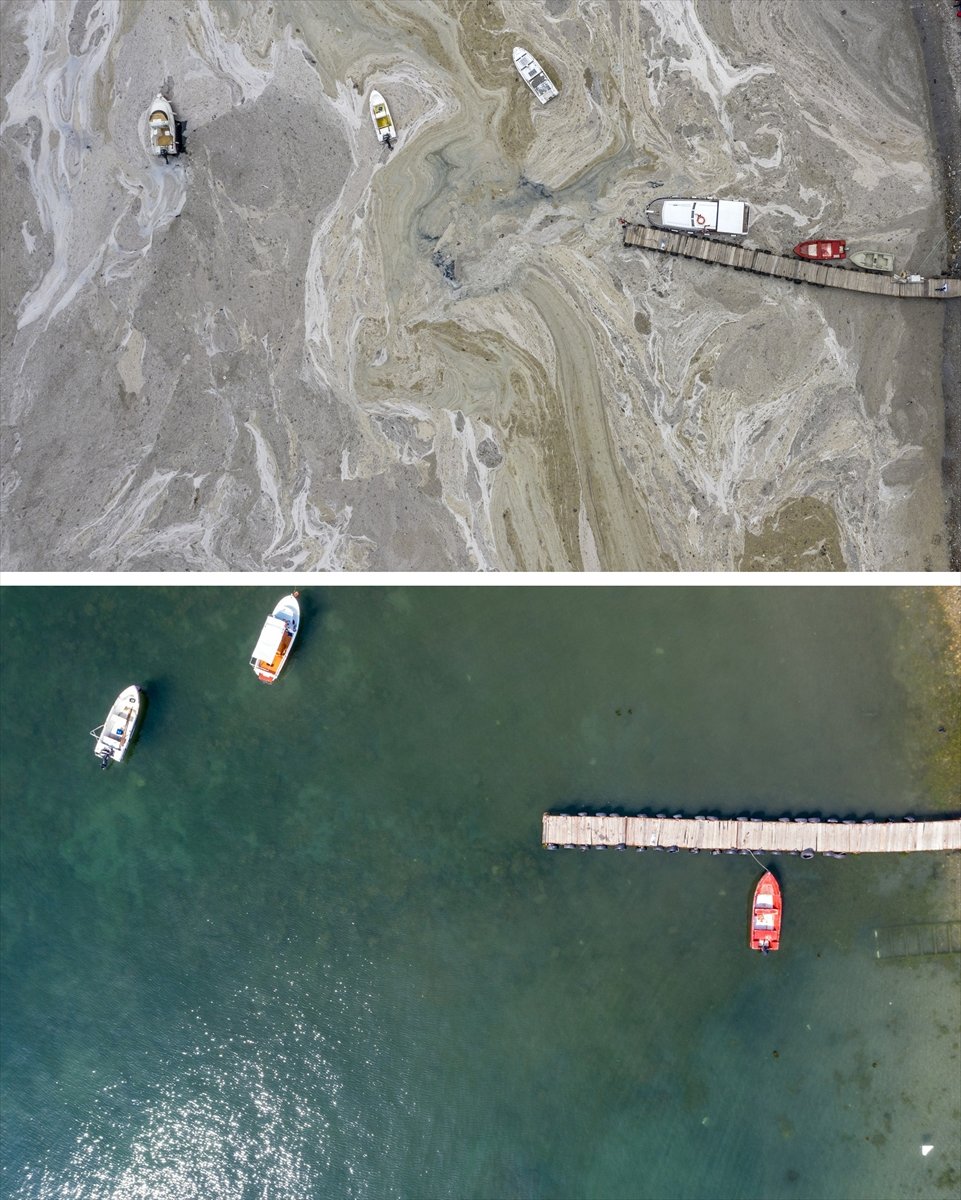 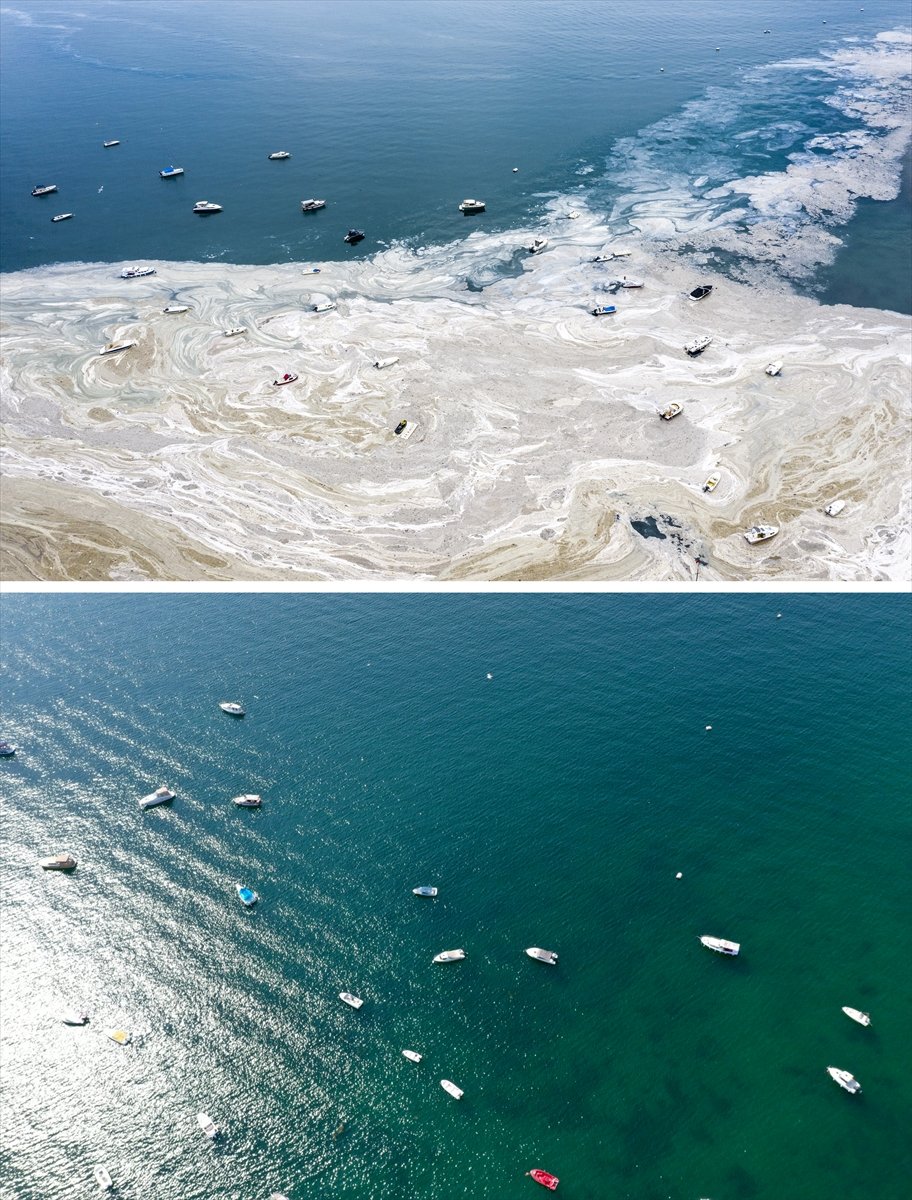 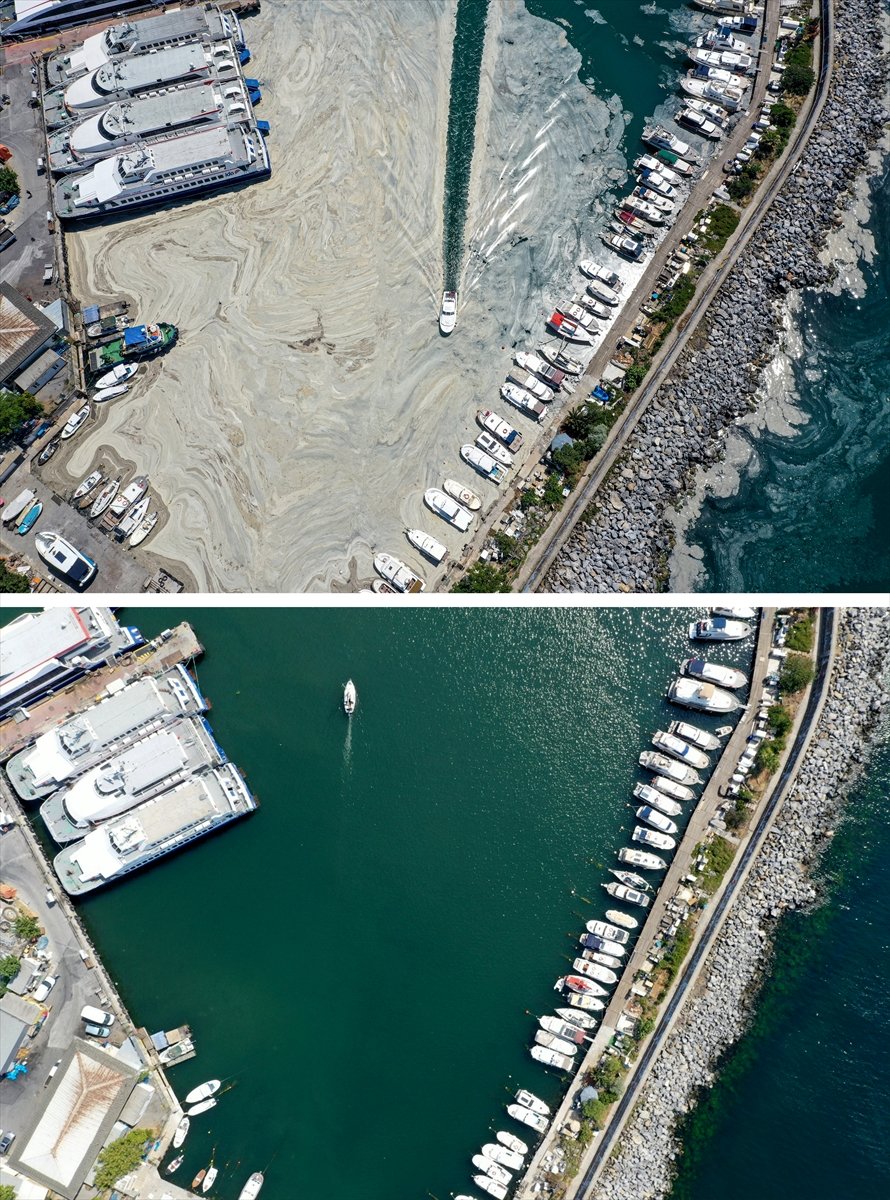 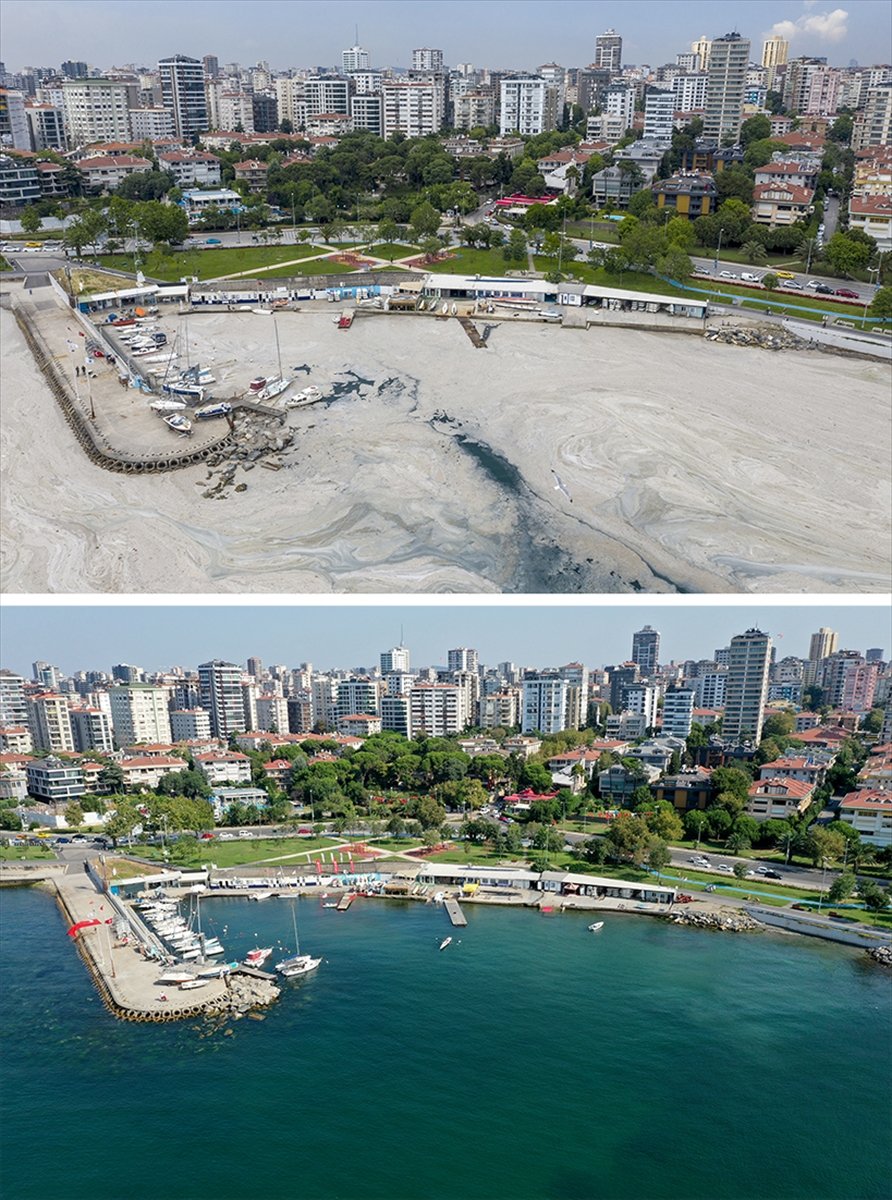 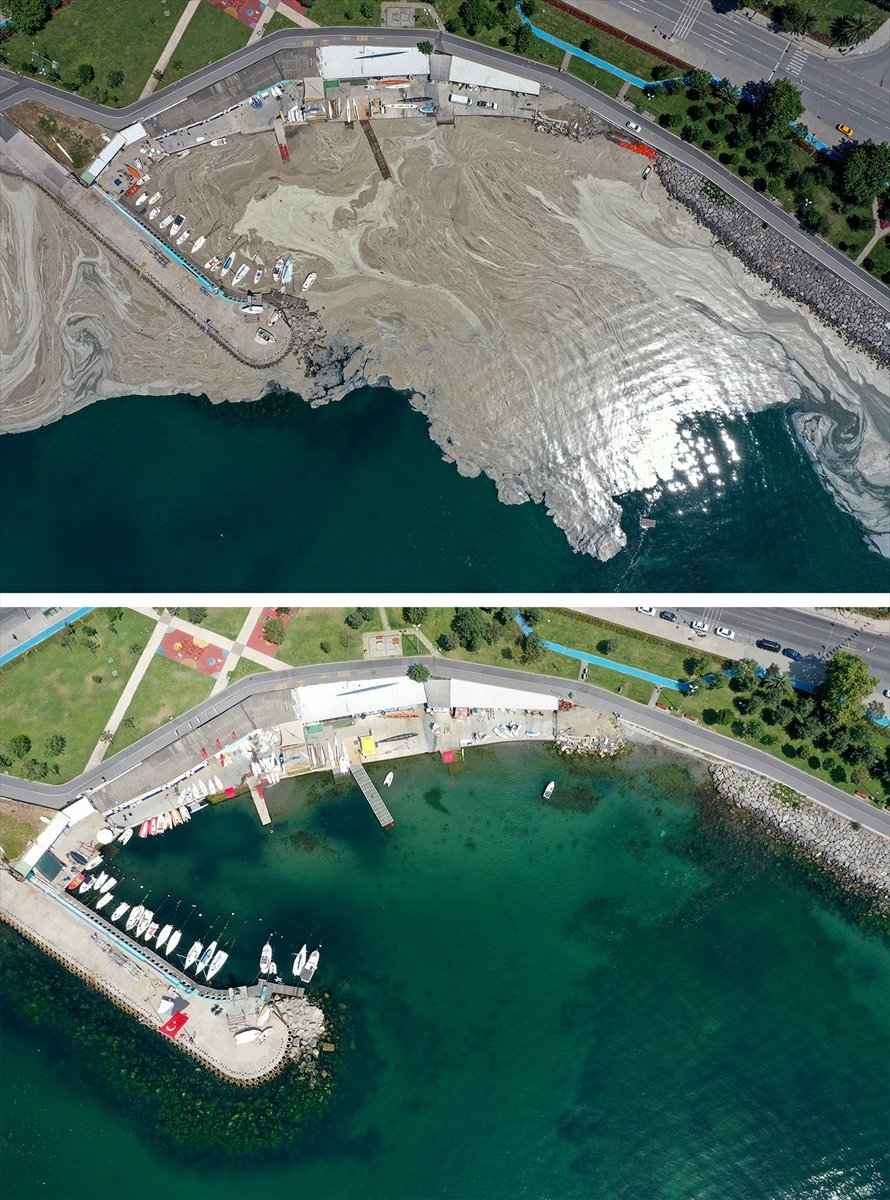