Russian and Turkish FM to meet in Antalya

Sergey Lavrov and Mevlüt Çavuşoğlu will verify their positions on all issues of bilateral interest on the meeting scheduled for Friday. They will also discuss a presidential meeting scheduled on April 8, Zakharova told reporters.

THE TWO MINISTERS WILL EXCHANGE VIEWS

"They will focus on the further expansion of Russia-Turkey trade and economic cooperation in various areas, consular issues and promotion of cultural and humanitarian cooperation in the context of conducting a cross-year of culture and tourism in our countries this year," Joint Group said. 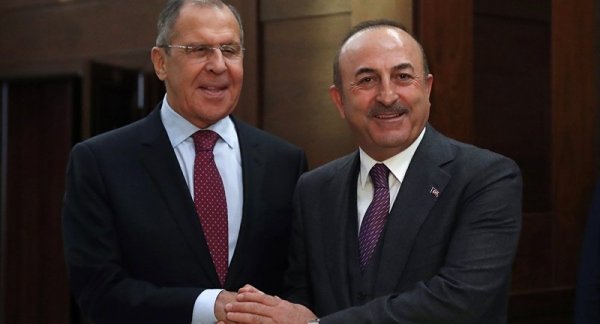 The two ministers will exchange views on the Syrian settlement, cooperation in countering terrorism and organized crime, and developments in the Middle East and North Africa, the South Caucasus, Central Asia, Ukraine and the Black Sea region, she said.

They will also discuss ways of enhancing the efficiency of cooperation at international venues and sign a plan for Foreign Ministry consultations in 2019-2020 within the framework of the joint group, she added. The previous meeting of the group was held in Moscow last March.