Russia to send delegation to Turkey to examine Syria attack

In the recent phone conversation, President Erdoğan and Russian counterpart Vladimir Putin addressed all the issues extensively and reiterated cooperation.

A Russian delegation is expected to visit Turkey in the wake of a Syrian regime attack on Turkish troops in Idlib, Turkish foreign minister said on Thursday.

Speaking to the reporters in the Azerbaijani capital Baku which he was visiting to attend a Turkic Council meeting, Mevlut Cavusoglu said the Turkish and Russian leaders will meet too, if there is a need.

SYRIAN REGIME IS RESPONSIBLE FOR THE ATTACK

Cavusoglu said what Turkey expects from Russia, the guarantor country for the Syrian regime, "is to stop regime [attacks]" which claimed "lives of almost 2,000 civilians."

He recalled that Turkey, Russia and Iran work in Ankara, Moscow, Sochi, Tehran, and Astana for a permanent cease-fire in Syria and political solution for the crisis. "Now, we expect a Russian delegation. After the delegation, our President [Recep Tayyip] Erdogan and Russian President [Vladimir] Putin will meet if there is a need. Our main aim is to stop conflicts." 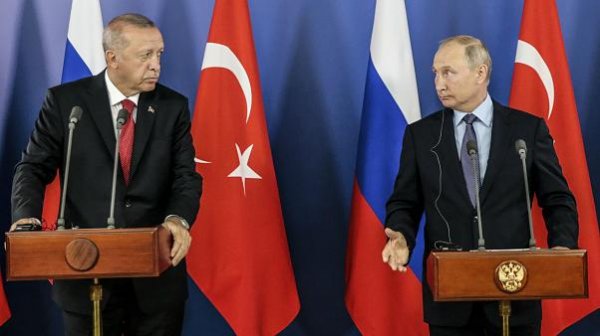 Cavusoglu underlined that Turkey did not target Russia but the Syrian regime in Idlib as "the regime is responsible for the attack [on Turkish troops]."