President Recep Tayyip Erdogan speaking about the ongoing Operation Peace Spring during a meeting in Istanbul has repeated that Turkey will not allow the establishment of a terrorist state.

"Our operation is not targeting the Kurds," Erdogan said in Istanbul. He went on to say that Turkey will not allow the establishment of a terrorist state in northern Syria.

The ongoing military operation has killed 440 terrorists, injured 26 and captured 24, the president added. 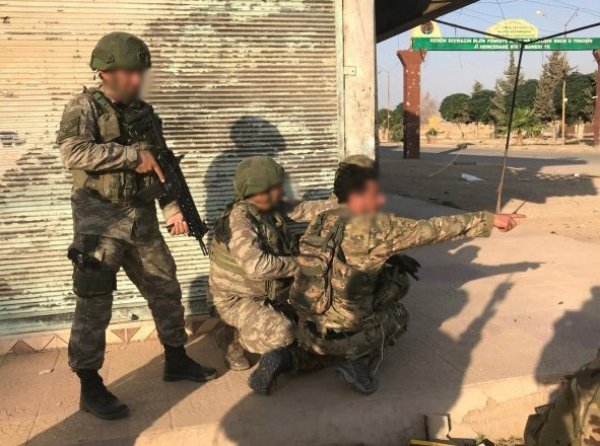 "So far, there have been 652 mortar and rocket attacks on [Turkey's] provinces of Sanliurfa, Mardin, Sirnak and Gaziantep fired by the YPG/PKK terrorists," Erdogan said. He noted that 18 civilians -- most of them children -- were martyred in PKK attacks on Turkey's border provinces and 147 people were injured.