Turkish President stressed that there are four to five times more places of worship in Turkey for non-Muslims than Europe has for Muslims.

Bringing it back to its roots, Turkey will protect Hagia Sofia’s cultural heritage like its predecessors did, Turkey's president said Tuesday.

"WE WILL PRESERVE HAGIA SOFIA’S HERITAGE AS FOREBEARS DID"

“While making Hagia Sophia suitable for its foundation again, we will preserve its cultural heritage feature just as our forebears did,” Recep Tayyip Erdoğan said following a Cabinet meeting at the presidential complex. 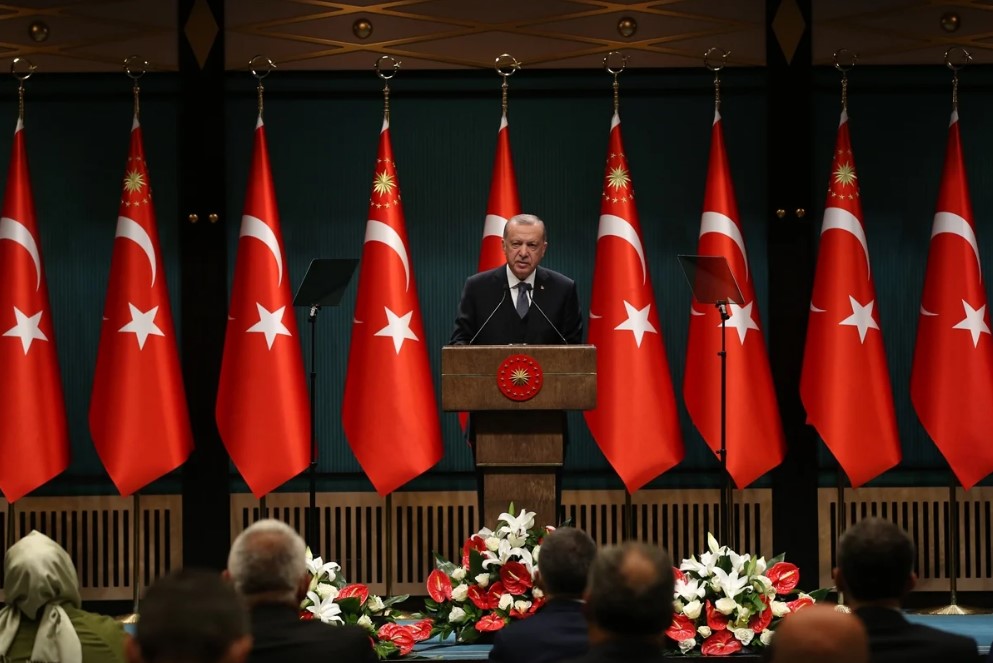 Last week, a top Turkish court annulled a 1934 Cabinet decree, which had turned Istanbul's Hagia Sophia into a museum.

This verdict by the country's Council of State paved the way for its use again as a mosque after an 85-year hiatus. Before that, it had been a mosque for nearly 500 years.