Critics of Turkish foreign policy should stop accusing Ankara and instead oppose the conditions in the region that make it necessary for Turkey to champion peace and justice, said the nation’s president on Thursday.

"IF TURKEY STEPS BACK, WILL FRANCE END ITS POLITICAL DRIFT?"

"They say, 'Why is Turkey involved in Syria, Libya, the Eastern Mediterranean, Africa, the Balkans, the Caucasus, and Central Asia?” Recep Tayyip Erdoğan told a group of ruling Justice and Development (AK) Party's provincial heads at party headquarters in the capital Ankara. But, he added, "If Turkey retreats, will Syria enjoy peace and freedom?...

“If Turkey turns its back to what is happening in Libya, will putschists hand over power to the legitimate government?” 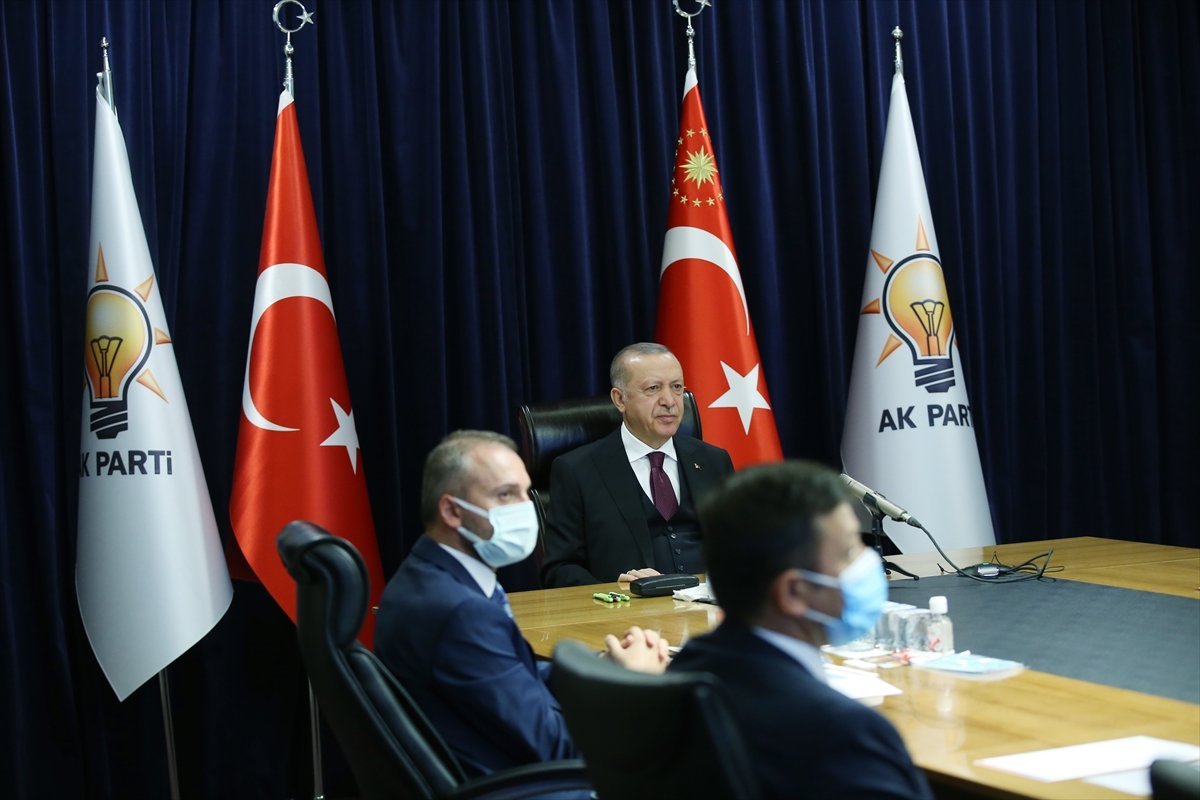 Referring to French President Emmanuel Macron, who has tried to block Turkey’s foreign policy goals, he said: “If Turkey steps back, will France end its political drift caused by its leader and turn to responsible policy?” "If all of these questions can be answered with a realistic and sincere 'yes', it would become necessary for us to review the policy we follow," said Erdoğan.

Erdoğan also demanded that the European Union abandon its double standards against Turkey.