In the phone call held between the two leaders, President Erdoğan and Donald Trump exchanged views on planned safe zone in Syria.

Turkish President Recep Tayyip Erdoğan on Sunday agreed to meet his US counterpart Donald Trump in a visit to Washington this November.

In a telephone conversation, Erdoğan and Trump exchanged views on bilateral issues as well as the planned safe zone east of the Euphrates River in northern Syria, according to a statement from Turkey's Directorate of Communications.

THE REQUIREMENTS WILL BE DISCUSSED

Erdoğan stressed that forming a safe zone is essential for eliminating the PKK-YPG terror threat and the safe return of Syrian refugees to their country. Erdoğan also expressed unease over US military and security officials failing to meet the requirements of the safe zone agreement between the two countries. 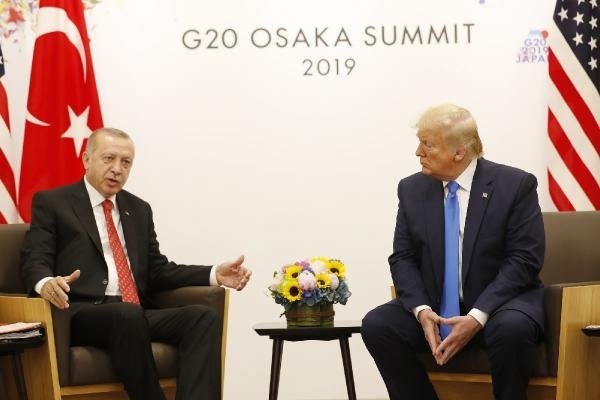 On Aug. 7, Turkish and U.S. military officials agreed to set up a safe zone in northern Syria and develop a peace corridor to facilitate the movement of displaced Syrians who want to return home. They also agreed to establish a joint operations center.