Highlighting Ankara's decisive position on the Eastern Mediterranean issue, Turkey's President Recep Tayyip Erdogan said on Tuesday his country will not step back from it.

Speaking at a joint news conference with members of the Presidential Council of Bosnia and Herzegovina in the Turkish capital Ankara, Erdogan said Turkey is in a decision-making position in the Eastern Mediterranean and "its determined stance remains the same."

No concessions are possible for Turkey in the Eastern Mediterranean, he said.

Responding to a question on diplomatic contacts between Ankara and Cairo, Erdogan said Egyptian people do not contradict Turkey.

Turkey will send 30,000 doses of coronavirus vaccines to Bosnia and Herzegovina, the Turkish president said, and added that the country aims to expand the trade volume with Sarajevo to $1 billion as soon as possible. 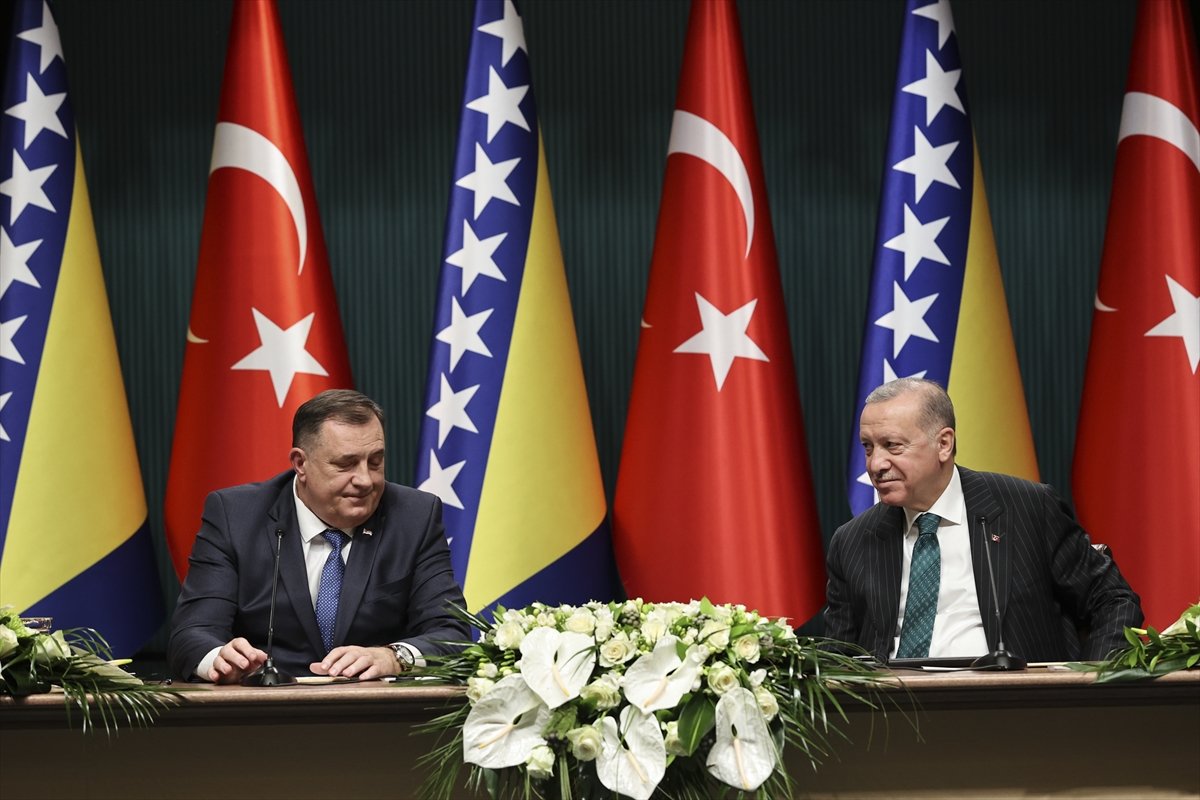 For his part, head of Bosnia's Presidential Council Milorad Dodik said they are interested in the TurkStream pipeline.

The 930-kilometer (578-mile) TurkStream pipeline will carry Russian gas under the Black Sea through Bulgaria, Serbia, and Hungary, with another section reaching Turkey.

The project is the biggest-diameter offshore gas pipeline in the world laid at such depths with a capacity of 31.5 billion cubic meters per year. 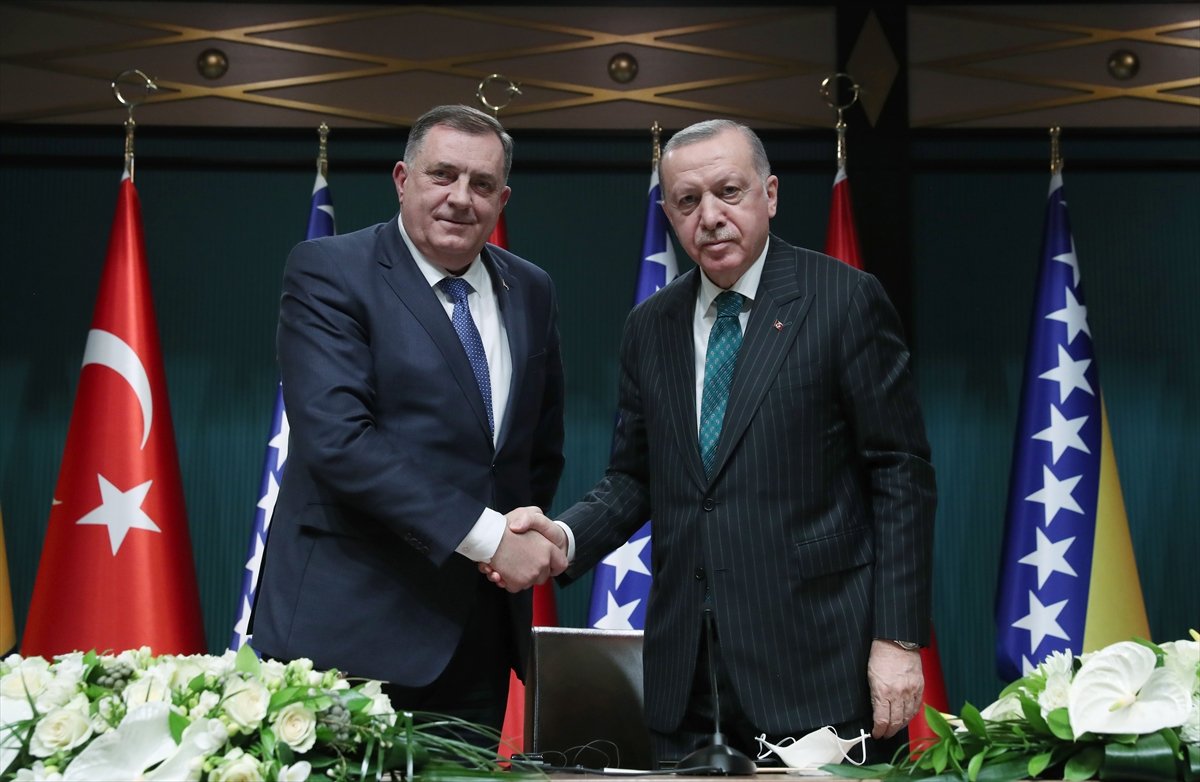 Despite the coronavirus pandemic, ties between the two countries grew, he stressed, pointing out the deals signed between Ankara and Sarajevo.

On the Sarajevo-Belgrade Highway Project, Dodik mentioned had Erdogan not taken the initiative, Bosnia would not be able to complete the project: "This initiative and the efforts of the President [Erdogan] make an important contribution to the realization of this project."

He said ties between Ankara and Sarajevo should be an example for everyone and thanked the Turkish president for Turkey's support for Bosnia's fight against the virus.

"Because of this global system, unfortunately we have not been able to receive vaccines so far," Dodik said, adding Turkey and Slovenia are the two countries that help them most.