Speaking at the meeting in White House, President Erdoğan said: "The ones that you’re referring to as Kurds are PYD or YPG, offshoots of PKK terror group."

Turkish President Recep Tayyip Erdogan told US lawmakers during an Oval Office meeting Wednesday they have applied a misnomer to the an offshoot of PKK terror group, by calling them Kurds.

"WHEN NOBODY WAS ACCEPTING REFUGEES, WE DID"

"But I assure you the ones that you’re referring to as 'Kurds' are PYD or YPG. These are terrorist organizations. And they are offshoots of the PKK," said Erdoğan. He said he has Kurds in his population and lawmakers in his own political party who are Kurdish.

Erdoğan explained the necessity of a safe zone in its border to protect Turkey from terror groups and for Syrian refugees to return their homeland safely. 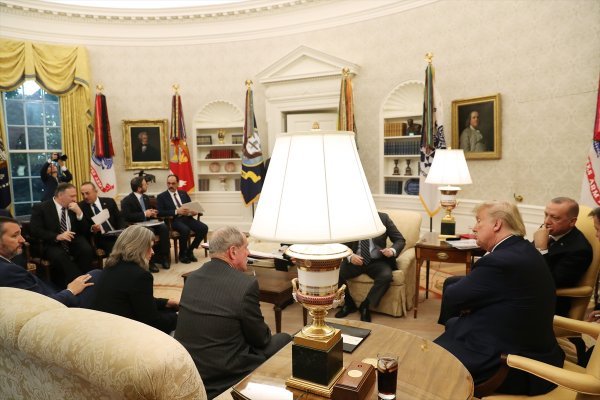 He also expressed his frustration that other nations have not done more to support Turkey with refugees. "When nobody was accepting these refugees, we did," he added.