“Our goal is clear. We are not worried over any sanctions,” Erdoğan asserted.

Turkey’s president said late Tuesday that Ankara was pressured to halt its counterterror operation in northern Syria but was not worried over sanctions as the government was determined to eliminate the terror corridor near its borders.

"WE ARE NOT WORRIED"

Speaking on his way home from the 7th Summit of the Turkic Council in Baku, Azerbaijan, Recep Tayyip Erdogan touched on a variety of subjects such as Turkey’s ongoing anti-terror operation in northern Syria, the YPG/PKK terror group’s mortar attacks in Turkey’s southern provinces and upcoming meetings with US officials.

“They pressure us to halt the operation, announce sanctions,” he said, referring to Western countries. “Our goal is clear. We are not worried over any sanctions,” Erdogan asserted, adding the YPG/PKK was losing ground as Operation Peace Spring continued with success. 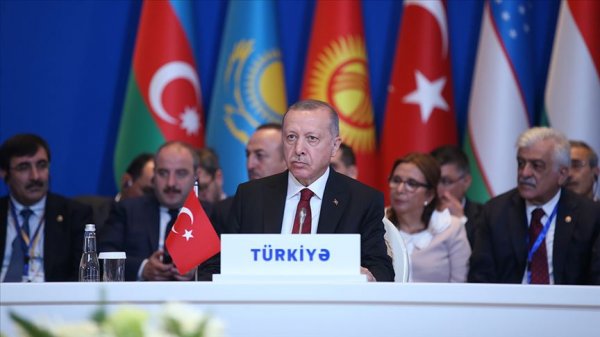 He stressed that the US urged Turkey to declare a ceasefire so it could act as a mediator between the conflicting parties, but he rejected this offer, as Turkey would not “sit down at the table with terror groups.” Erdoğan went on to say that US mediation between Turkey and the YPG/PKK terror group would not be reasonable in terms of political science and war law.

Emphasizing that Turkey would maintain its operation until the area was cleared of terror elements, he said the territory would be given back to its true owners – Syrians – once the operation concluded. 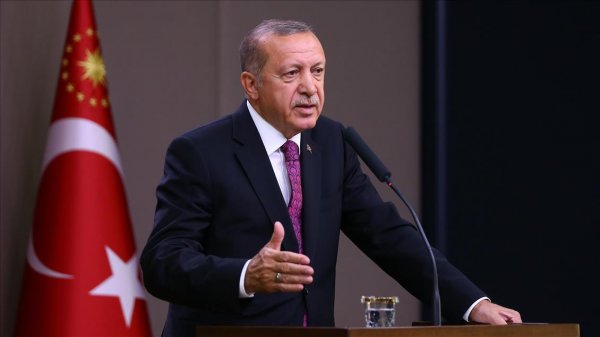 “We are on the seventh day of Operation Peace Spring. It continues with success as planned. We secured Ayn al-Arab on the fourth day and Tal Abyad on the fifth day by purging terrorists. Today, we have reached a 32-kilometer depth. We have control over the M4 highway,” he said.

Erdogan said the Turkish Armed Forces (TAF) exercised great caution so they would not harm civilians, unlike the anti-Daesh coalition and the YPG/PKK’s operation in Mosul, Raqqa and Deir ez-Zor provinces, where thousands of civilians were killed.