The Turkish president on Sunday met with his Kosovar counterpart in Istanbul, country’s largest metropolis.

Recep Tayyip Erdoğan and Hashim Thaci came together on a breakfast in Vahdettin Mansion, said a statement by Turkey’s Communications Directorate.

The meeting was also attended by the Turkish Presidential spokesman Ibrahim Kalin. 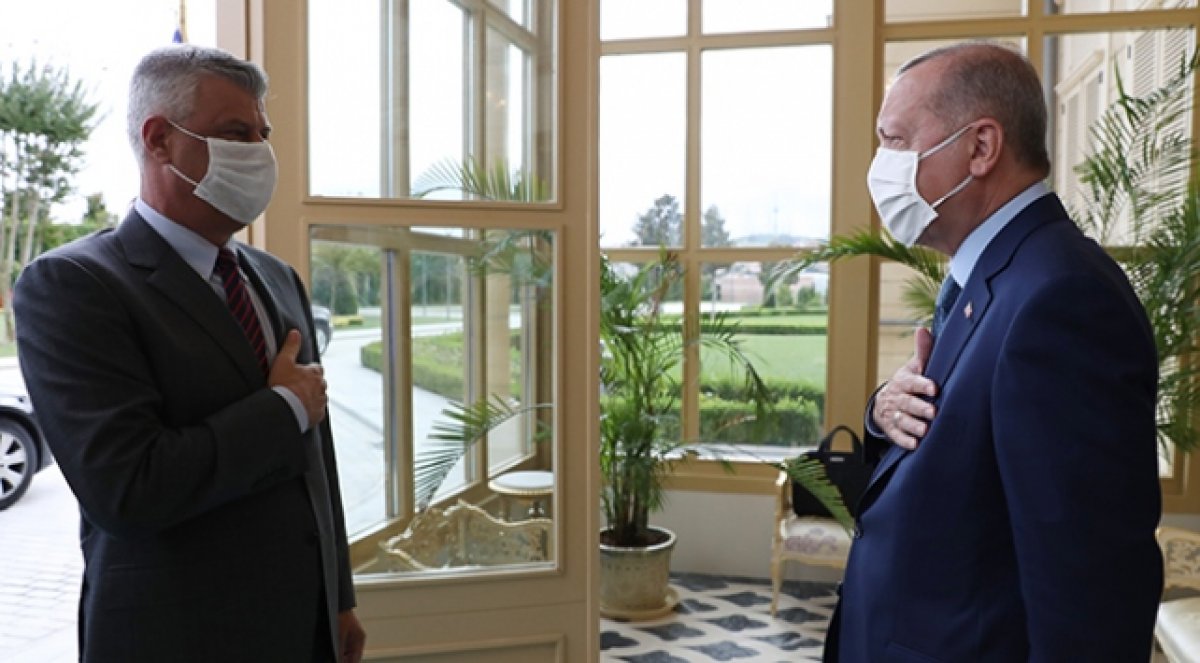 "Thankful to President @RTErdogan for the warm hospitality and productive conversation on all issues of mutual interest, including bilateral cooperation, regional and global issues. Our two nations enjoy friendly relations and will further strengthen the strategic partnership," Thaci said on Twitter.