Speaking to the reporters on Friday, Turkish President said that Ankara does not see international reactions on the conversion of Hagia Sophia into a mosque as binding.

Converting the Hagia Sophia into a mosque is a matter of sovereignty, Turkey's president told reporters on Friday.

THE MOSQUE WILL BE OPENED TO PRAYERS ON JULY 24

Turkey does not see international reactions on the reopening of the Istanbul landmark to Muslim worship as binding, Recep Tayyip Erdoğan stressed. 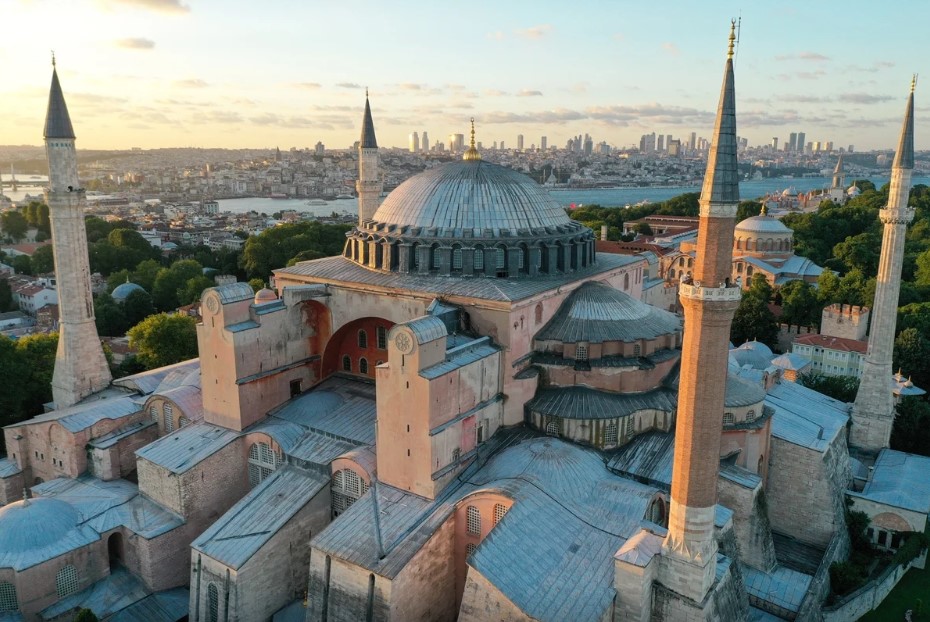 Last week, a top Turkish court annulled a 1934 Cabinet decree, which had turned Istanbul's Hagia Sophia from a mosque into a museum.

After centuries of service as a church under the Byzantine Empire, Hagia Sophia was converted into a mosque by Ottoman Sultan Mehmed II following his conquest of Istanbul in 1453.