Turkey is among the top 10 countries that can design and produce its own warships, Erdoğan said speaking during the delivery ceremony of New Marine Systems.

Turkey continues to advance its way in the defense industry, the nation’s president said on Sunday.

"WE HAVE TO GO FURTHER"

“Turkey continues its path in the defense industry in a resolute manner,” Recep Tayyip Erdoğan told the delivery ceremony of New Marine Systems at Desan Shipyard in the Turkish metropolis of Istanbul. “It is not possible for nations that cannot be strong and independent in the field of defense to look to their future with confidence."

As the country meets its national defense and security needs, he said, technological independence becomes more critical than ever to create deterrence in the international arena. 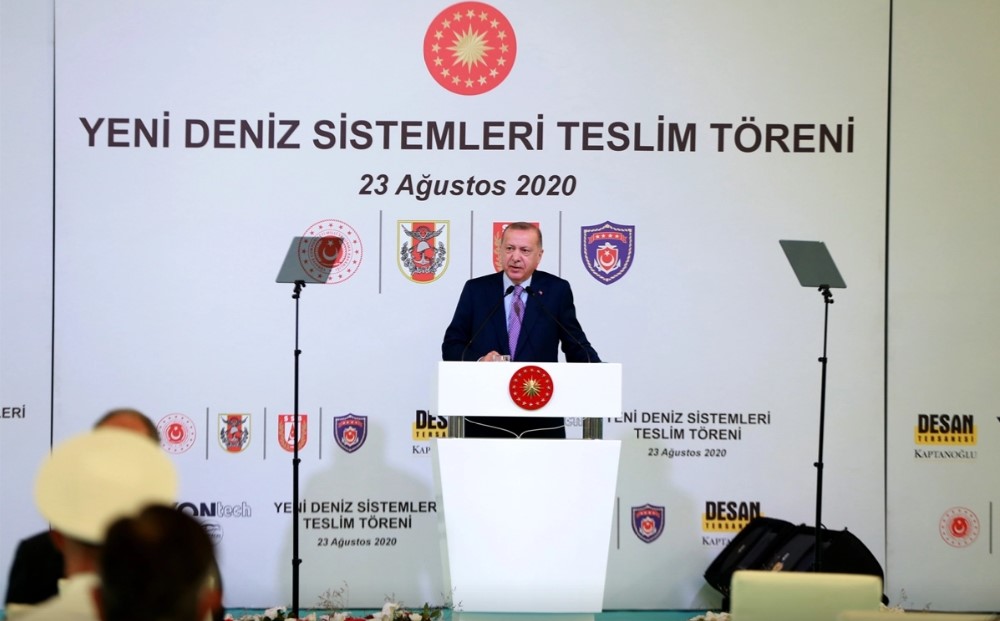 "Defense industry is not an area that can handle stagnation. We have to go further, to produce more advanced products," he said, adding that they see every success achieved as a stepping stone to the next. 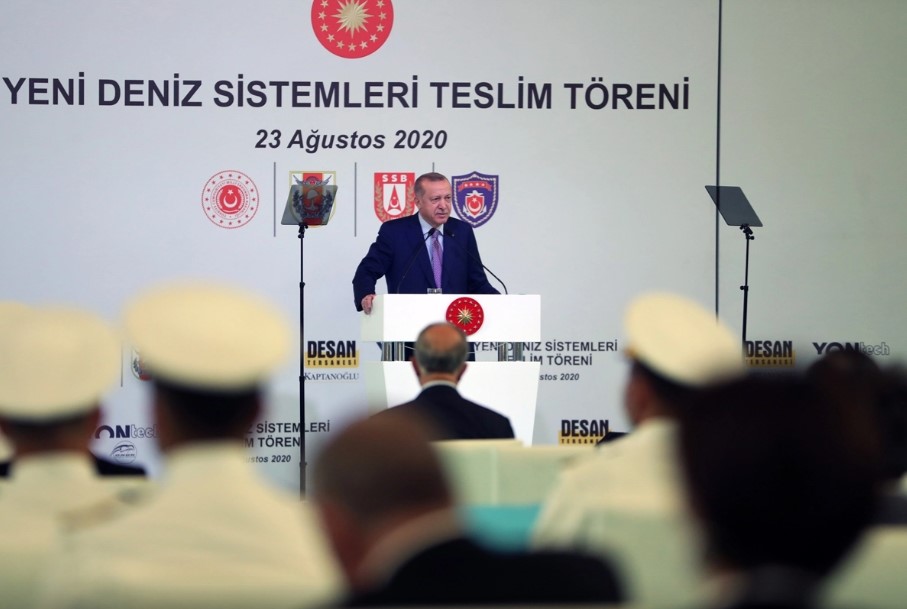 Erdoğan said Turkey can implement its policies from the Eastern Mediterranean to the Aegean, from the Black Sea to the Balkans, Caucasus and Africa because of the level it has reached in political, economic and technological fields.