The complaint underscored that Erdoğan's photo was placed in the newspaper headline along with insulting expressions in Turkish and English.

The Turkish president on Monday lodged criminal complaint against four senior officials of a Greek newspaper over a despicable headline about Recep Tayyip Erdogan.

The president's lawyer Huseyin Aydin filed the complaint over the derogatory headline run in Dimokratia on Sept. 18.

"SWEARING IS A GREAT SHAME"

In a criminal complaint submitted to the Ankara prosecutor's office, Aydin called Manolis Kotakis, the author of the article, editors Andreas Kapsampelis and Yorgos Giatroudakis, and Editor-in-Chief Dimitris Rizoulis "suspects".

Following the complaint, the prosecutors in the capital Ankara launched an investigation against the newspaper.

It also underlined that the Turkish judicial authorities have authority over the defamation cases about president abroad. "Considering the silence of the Greek public, it is understood that this moral collapse is not limited to marginal segments," it said. 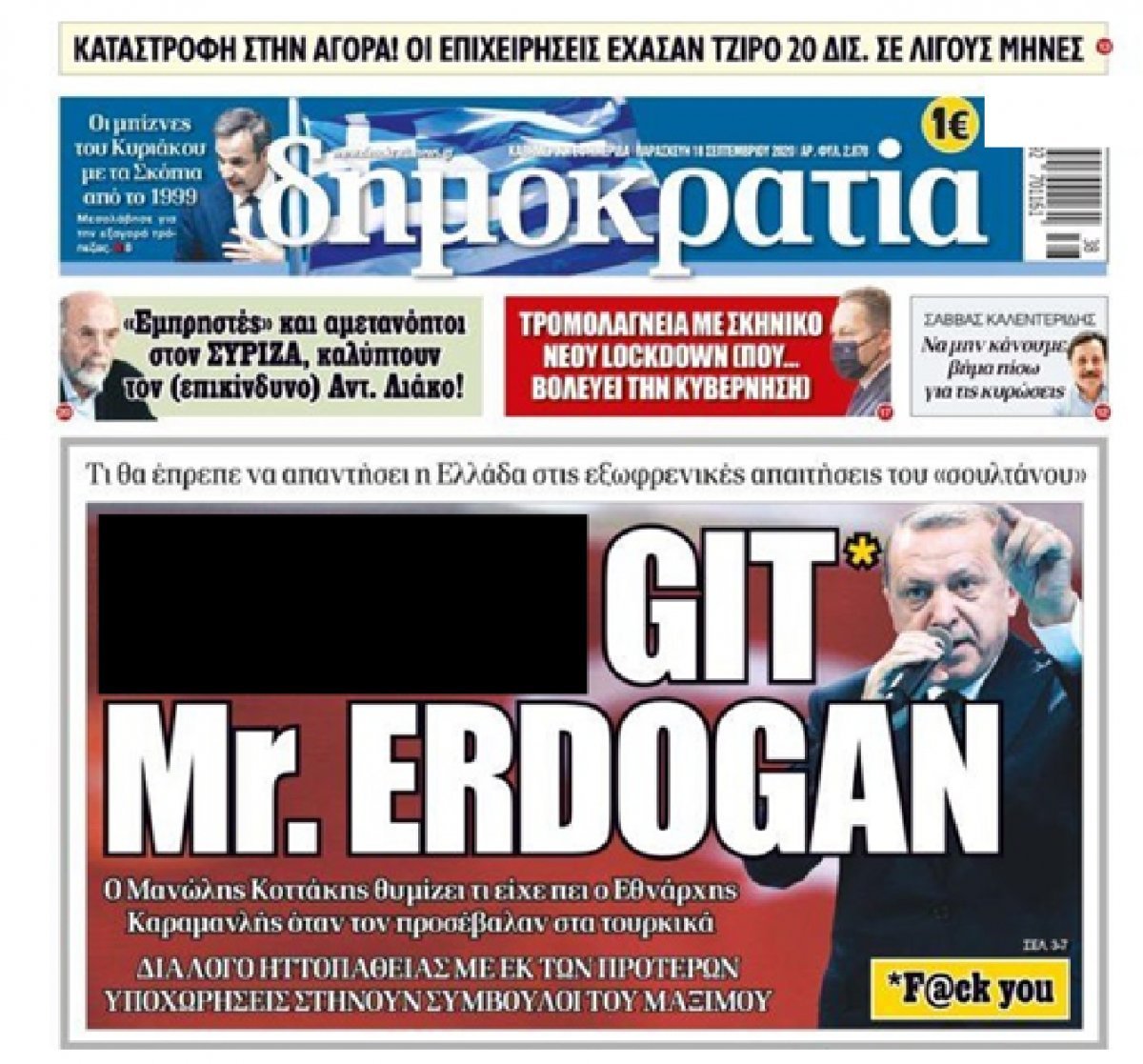 "Swearing is a great shame and a despicable act not for its interlocutor, but for those who say it," the complaint said, adding that the target of this despicable act was not only the president, but the interest of Turkish nation that Erdogan defends with determination in the Eastern Mediterranean and the Aegean Sea.