France’s newsweekly Le Point this week put President Erdoğan on its cover with the label "eradicator" and "ethnic cleansing".

Turkish presidential aid İbrahim Kalın wrote on Twitter: "It is clear why they [the French] attack our president . They are in panic as their game was spoiled and their pawn in Syria, PKK [/YPG terror group], suffered a heavy blow,"

"YOUR DAYS OF COLONIALISM ARE OVER"

The French magazine, slandering Turkey on "ethnic cleansing," is in a country, he said, referring to France, "which colonized Algeria, Gabon, Mauritania, Senegal, Guinea, Congo, Tunisia, the Comoros, Madagascar, Djibouti, Mali, Benin, Chad and Morocco, massacred thousands, engaged in slave trade, and turned a blind eye to the Rwanda massacre". 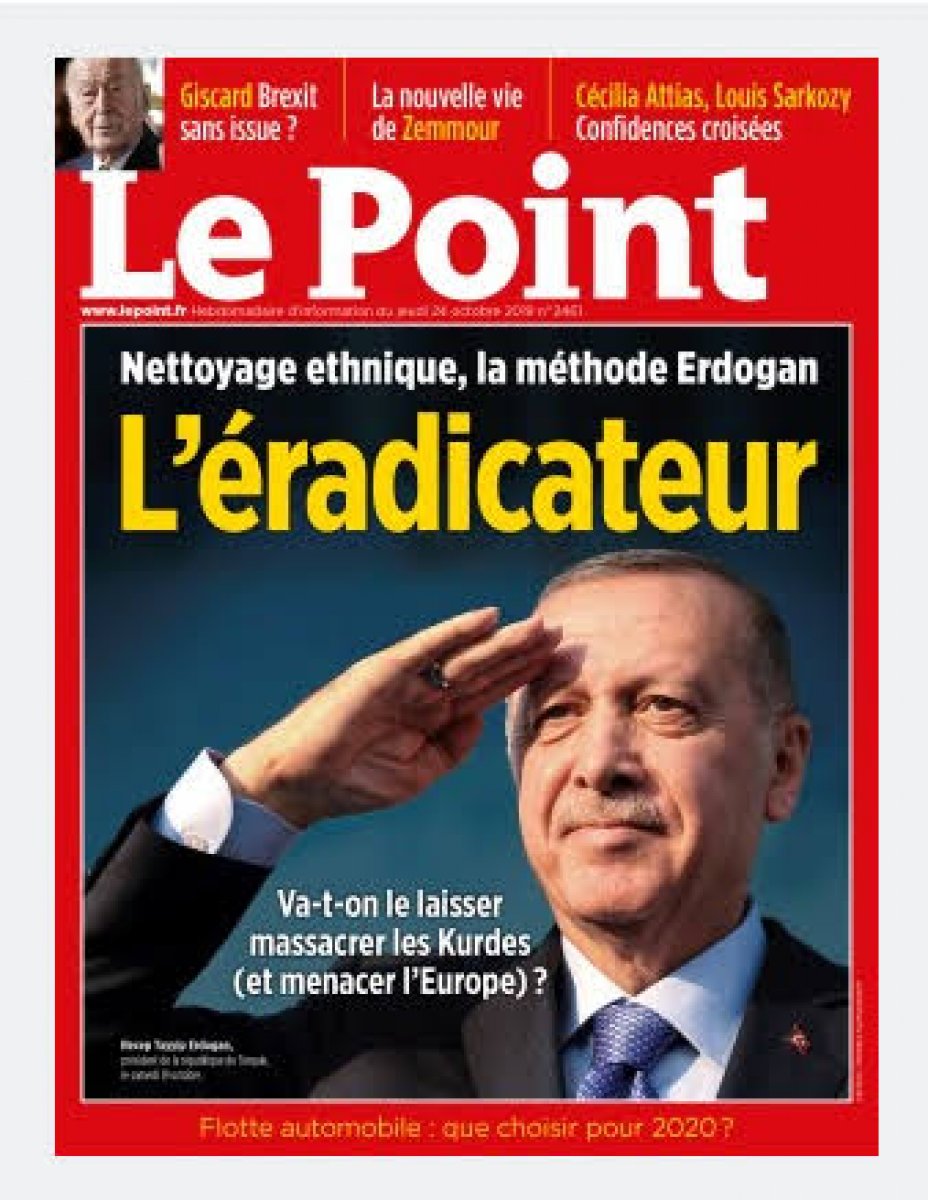 "Your days of colonialism are over," Kalın said, and stressed that the Kurds are not and will not be their proxy.