Erdoğan’s announcement came closely on the heels of the historic natural gas find in August, also in the Black Sea.

The Turkish president on Saturday announced the discovery of an additional 85 billion cubic meters of natural gas in the Black Sea, following a historic find this summer.

"Total amount of natural gas reserves in the TUNA-1 well in Sakarya Gas Field reached 405 billion cubic meters," Recep Tayyip Erdoğan said after his inspections at the drill ship Fatih. "The reserves we discovered in the Black Sea are the largest hydrocarbon resource of our country till today," he added. 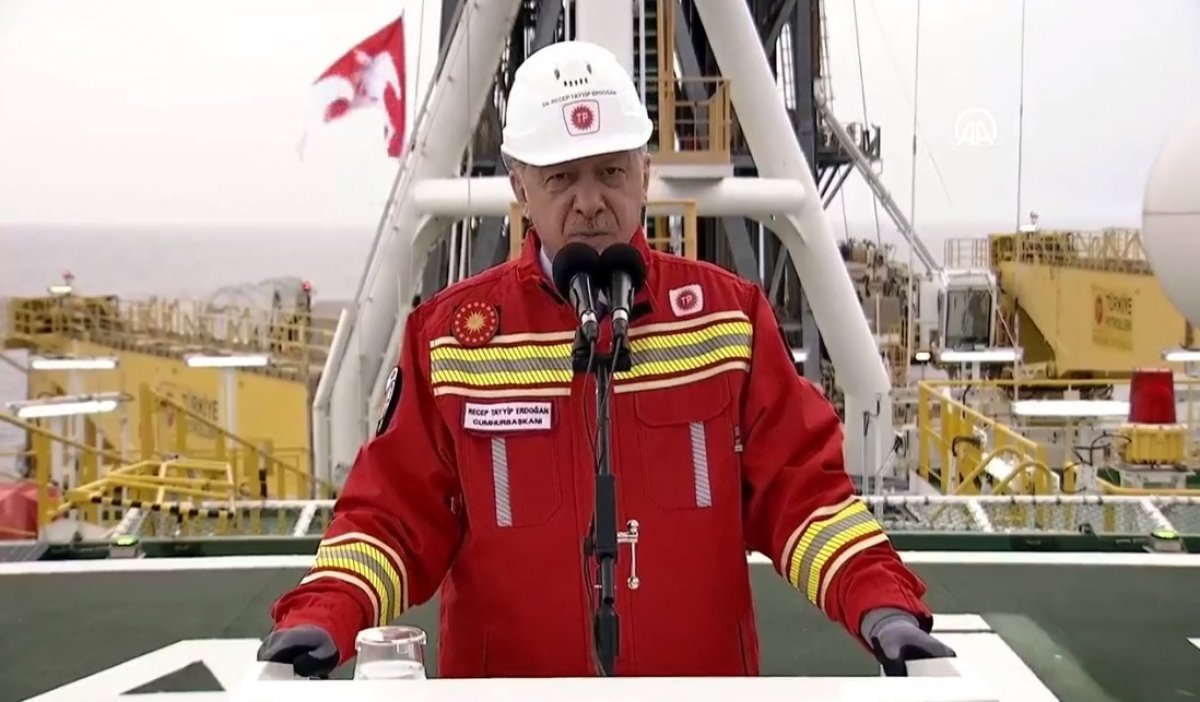 Wednesday, speaking to the ruling Justice and Development (AK) Party deputies, Erdoğan said: "We will personally witness the efforts on site and announce the amount of the new reserves."

The announcement this August of 320 billion cubic meters in Black Sea reserves by the drill ship Fatih made Turkey "very happy," and now more good news has come, he said.

Following this summer’s find, when the Fatih discovered the TUNA-1 well in the Sakarya Gas Field, around 170 kilometers (106 miles) off Turkey's northern coast, Turkish officials had said more reserves might be found soon.

The discovery was the biggest in Turkey's history. Officials have said the gas from the well would be ready for public use in 2023.