Plane skids off runway in airport in Turkey’s Istanbul

The plane, from Turkish Pegasus Airlines, was coming from the western city of Izmir and was attempting to land in Istanbul during bad weather.

A passenger plane skidded off the runway at an airport in Istanbul on Wednesday, killing three people and injuring 180 others, officials said.

THE PLANE FELL FROM 30 METERS

Pegasus Airlines flight PC2193 was arriving from Turkey's Aegean province of Izmir at Sabiha Gokcen International Airport when it skidded off the runway while landing, said Turkey’s Transportation and Infrastructure Minister Cahit Turhan. 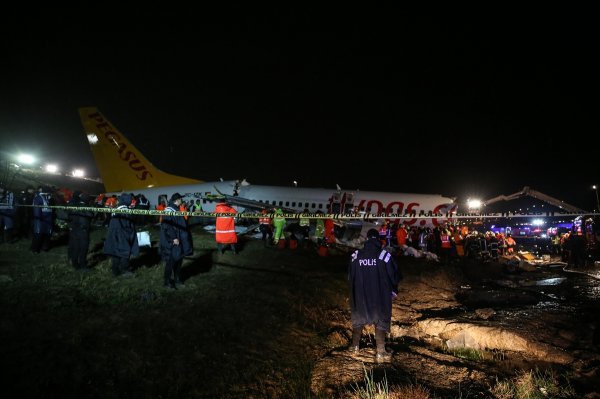 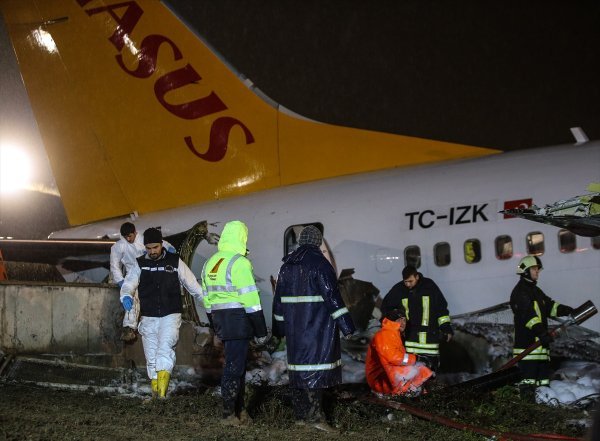 Television footage showed the nose of the plane almost completely separated from the rest of the fuselage, which burst into flames following the crash. "According to the information we obtained, after the hard landing, the plane drifted," said Turhan. 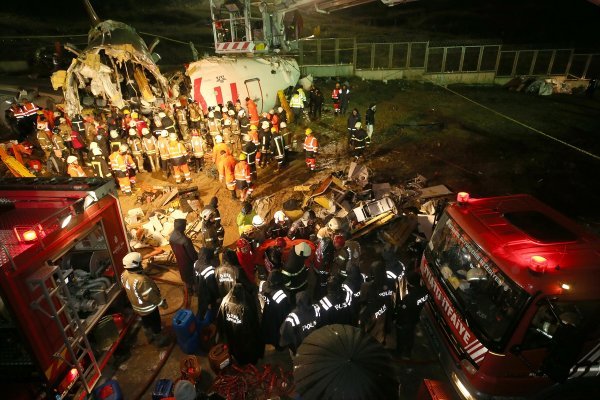 According to the airline company, 22 foreign passengers from 12 countries were on board, Yerlikaya added.

After skidding off the runway, the plane drifted around 50 meters (164 feet), Yerlikaya said. "Then it fell from a height of around 30 meters [98 feet] here, where there is a connection road from the TEM highway to the E-5 highway." 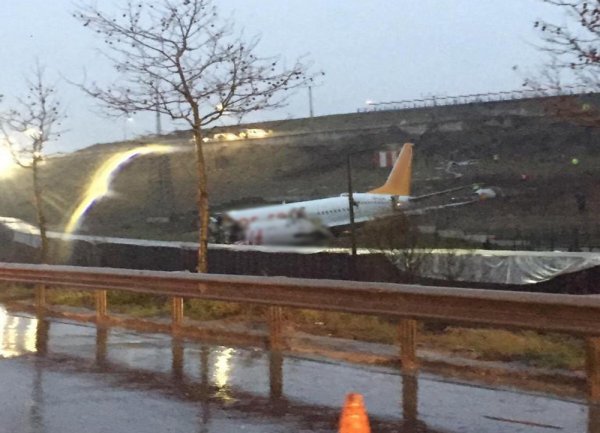 Prosecutors in the capital Ankara launched an investigation into the incident.