Ruling AK Party official says military service period to be reduced to 6 months with a bill introduced in parliament.

Turkey's ruling party on Thursday introduced a bill in the parliament which will reduce the period of military service from 12 months to 6 months and make permanent the paid military service for those who can afford it.

"THE NEW PERIOD WILL BE REDUCED TO 6 MONTHS"

"According to the bill on new military service, the military service period will be reduced to 6 months, and the paid military service will be made permanent," Mehmet Mus, ruling Justice and Development (AK) Party’s deputy group chair, told reporters in the parliament. 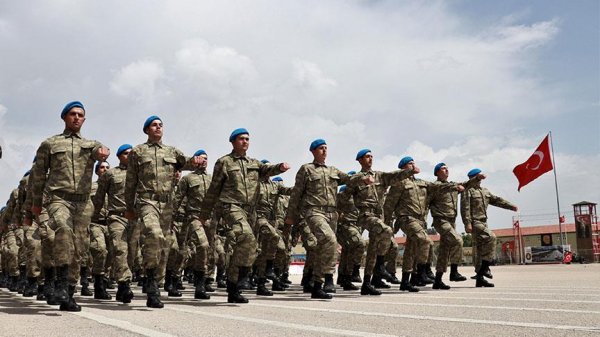 The Turkish citizens will be required to undergo one-month military training and they will be exempted from the rest of the five months of service by paying 31,000 Turkish liras ($5,024), according to the draft of the bill.

The bill is expected to be debated in the General Assembly next week after it goes through the Planning and Budget Commission.