Over 40 suspects arrested of FETO links

In simultaneous operations based in the southeastern Mardin province, police arrested 14 suspects in 12 provinces.

Turkish security forces arrested 41 suspects Wednesday for their alleged links to FETO, the terror group behind the defeated coup in 2016 in Turkey, according to multiple security sources.

THE SUSPECTS ARRESTED WERE BEING SOUGHT WITH WARRANTS

The suspects including eight on-duty and six dismissed were found to be using pay phones to communicate periodically with FETO members. Separately, 14 suspects were arrested as part of an investigation into FETO infiltration in TUBITAK in operations across six provinces, which was based in the northwestern Kocaeli province. 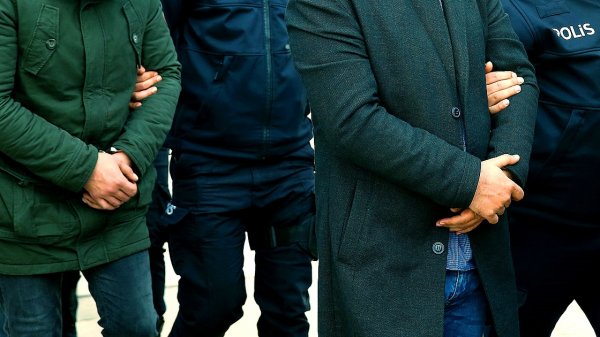 In central Konya-based operation, 13 out of 80 suspects were arrested in light of the statements of the suspects arrested earlier who were allegedly serving as the “covert imams”, or senior FETO figure, for Turkish army personnel. All the suspects arrested were being sought with warrants. Meanwhile, the Chief Public Prosecutor’s Office in the capital Ankara issued arrest warrants for 29 military personnel including 11 on-duty of the Turkish Naval Forces for their suspected links to FETO, the office said in a statement.

FETO and its US based leader Fetullah Gülen orchestrated the defeated coup of July 15, 2016, which left 251 people martyred and nearly 2,200 injured. Ankara also accuses FETO of being behind a long-running campaign to overthrow the state through the infiltration of Turkish institutions, particularly the military, police, and judiciary.