Opposition forces in Syria to combat alongside Turkey

In a statement, the Syrian National Coalition declared that they were ready to support any military action in Syria against terrorist forces.

The National Coalition for Syrian Revolutionary and Opposition Forces said Tuesday it is ready to fight against terrorism with Turkey.

The coalition reaffirmed its commitment to fighting terrorism in all its forms and cooperating with its partners to defeat terrorist organizations.

"WE'LL JOINT ACTION WITH THE BROTHERS"

The umbrella organization, also known as the Syrian National Coalition, "is ready to combat terror in cooperation and joint action with the brothers in Turkey so as to safeguard the national interests of the Syrian people with all their Arab, Kurd, Turkmen, Assyrian and other components," it said in a statement. 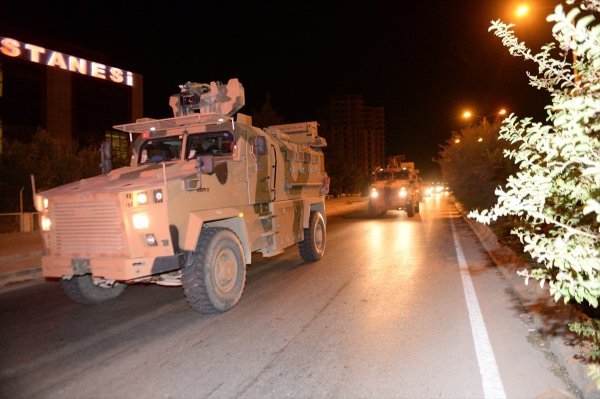 The statement highlighted that the coalition has contributed to efforts to establish a safe zone in Syria as well as creating conditions for the return of refugees.

"The coalition hopes these efforts will succeed in finding a solution that will ensure the defeat of the PYD militia and the trans-border terror groups that turned this region into a hotbed of chaos, violence and terrorism," it added.