Nephew of PKK ringleader gives up

With Dalya Mahmut Muslum's surrender, the number of terrorists who surrendered to Turkey through persuasion this year rose to 110.

Thanks to persuasion efforts by Turkish security forces, the nephew of a former YPG/PKK terrorist leader has surrendered in Turkey’s southern Mersin province, security sources said on Saturday.

HE WANTED IN THE TOP CATEGORY

Dalya Mahmut Muslum, 21 – codenamed Viyan Servan, and wanted in the top category of the Interior Ministry’s wanted list – surrendered this Wednesday, said the sources, who asked not to be named due to restrictions on speaking to the media.

In his initial statement to police, Muslum said he was the nephew of Salih Muslim, former leader of the terrorist PYD, a branch of the terrorist YPG/PKK, and was also the bodyguard in Syria of terrorist Gulten Aktas, codenamed Esma Samur, another top wanted terrorist. 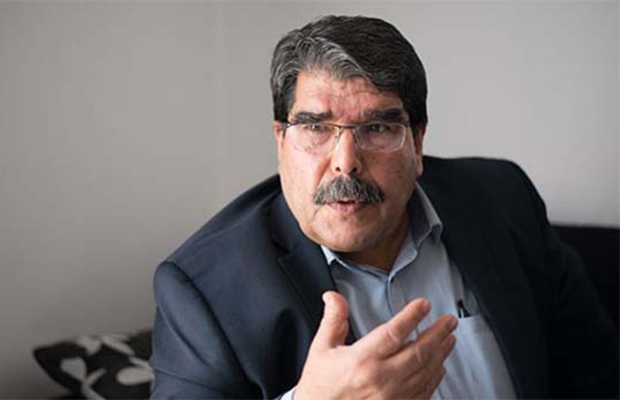 Muslum's father Mahmut Muslum is also said to work with the YPG/PKK in Ayn al-Arab, also known as Kobane, a Syrian city near the Turkish border.

Muslim, an influential figure in the YPG/PKK terrorist group, is wanted in Turkey over a 2016 terrorist attack in the capital Ankara which left 37 people dead and dozens more injured.