Turkish forces carried out anti-drug operations across the country.

Police in the Ipekyolu district of Van province arrested one suspect who was driving a vehicle carrying 269 kilograms 119 grams (593 pounds) of the drug. 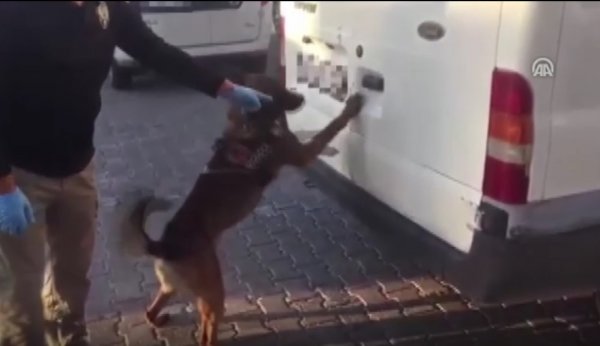 According to local police, operations are underway against other suspects allegedly complicit in drug trafficking.

During the search of the van, sniffer dog Bozu found the drugs hidden in the trunk in 517 packets.