Mucilage from Sea of Marmara not hazardous or toxic: Minister

Problem can be resolved if nitrogen level of sea decreases by 40%, says Murat Kurum.

Initial studies have shown that the mucilage in Turkey’s Sea of Marmara is "not hazardous waste and does not show toxic properties," the country’s environment and urbanization minister said Tuesday.

Increasing the oxygen level at the surface and bottom of the sea is among their goals, he added.

The minister noted that a total of 2,942 inspections aimed at minimizing the pollution in the Marmara Sea were carried out in seven provinces, and as a result, a fertilizer factory, a thermal facility and three shipyards were closed, while an administrative fine of 10 million liras ($1.16 million) was imposed on 55 facilities and nine ships. 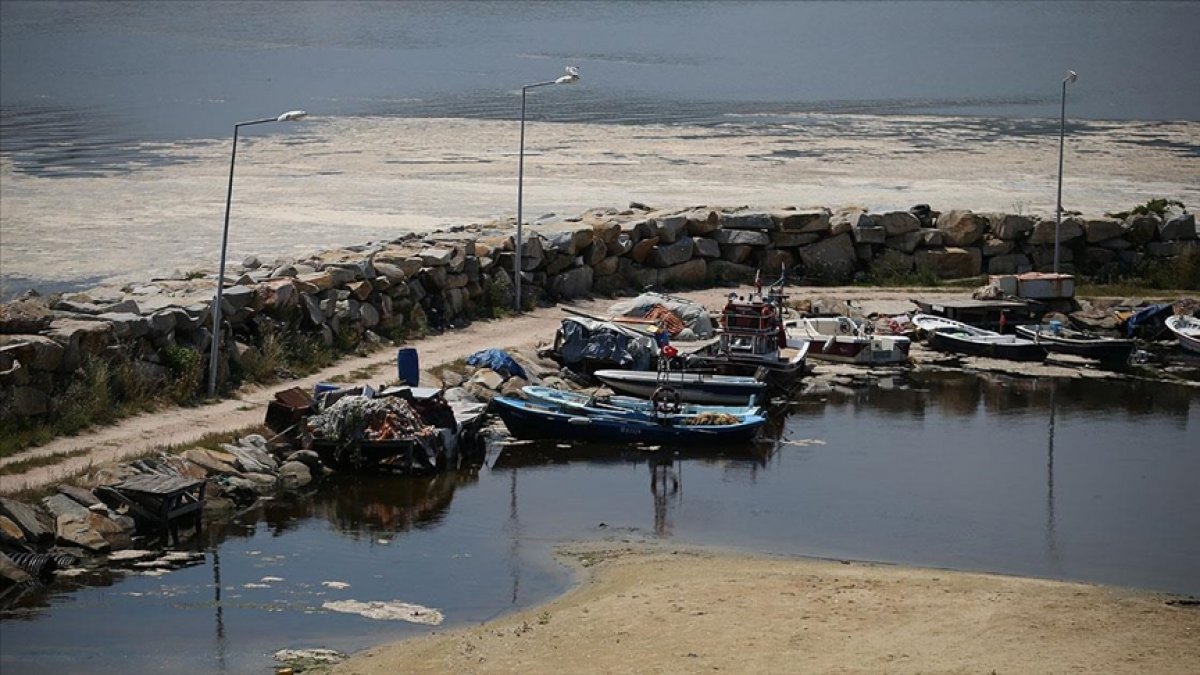 Kurum said he is hopeful about completing scientific studies on the Marmara Sea by the end of July as well as work on declaring the entire sea a protected area.

He added that a continuous wastewater monitoring system will be introduced at all wastewater treatment plants to control all sources of pollution in the sea.

"We will establish a zero-waste system in all buildings in the Marmara region, without any discrimination of public institutions and organizations, our municipalities, our citizens," he vowed.

Last week, Turkish authorities announced a 22-point action plan to clear a surge of mucilage, which covers parts of the Sea of Marmara in the country's northwest.

The mucilage -- mostly accumulated in Mudanya, Gemlik Bay, Gebze and its surroundings, the coastal areas of Istanbul’s Anatolian side, and around the Princes' Islands -- also partially covered the shores of the Sea of Marmara.

The substance covering the central coast of northwestern Yalova province was dispersed by the wind to coastal areas of Çınarcık and Armutlu districts as well as the town of Esenköy, which are important tourist hubs.