Mother and child found alive 24 hours after the quake

Death toll from the quake rose to 39 on Sunday with hundreds of others injured.

A mother and her 2.5-year-old daughter were rescued 24 hours after a powerful earthquake hit eastern Turkey.

The mother and daughter were trapped under the debris of their house in Mustafa Pasa neighborhood.

THE RESCUE OPERATION WAS CAUGHT ON CAMERA

Mother and child found alive 24 hours after the quake WATCH

“Can you hear me?” footage showed a rescuer calling to the mother. “We are coming. We will save you.”  “Please rescue me for God’s sake,” Ayşe Yıldız whimpered, telling the rescuers about her child. “I can see you,” she told her rescuer. 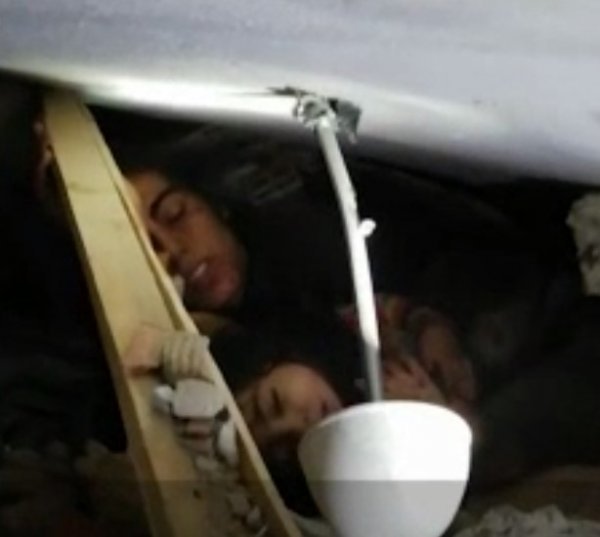 “Please get me out, I cannot stand it any more. Get my daughter, I am nothing without my kid,” she replied. 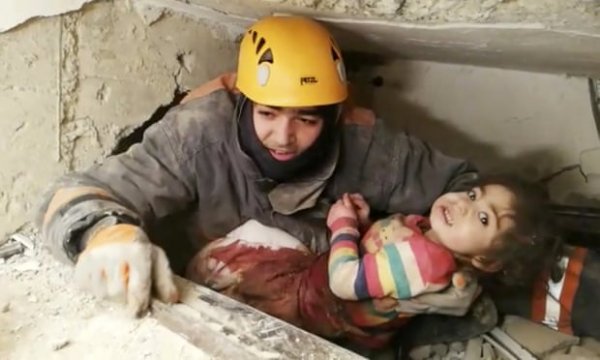 First, the child was rescued and carried in the arms of the rescuers. “Your mother is coming,” one of them said trying to comfort the baby.