Turkish foreign minister says 2021 may be the year when Turkey and Greece talk directly.

Turkey's foreign minister lambasted his Greek counterpart Sunday over his controversial remarks to a local newspaper.

"Dear Niko, here's some friendly advice for the new year -- stop asking for help from others and injuring the Greek people’s dignity," Mevlut Cavusoglu said on Twitter.

Greek Foreign Minister Nikos Dendias on his Twitter account shared his interview given to the local Parapolitika daily Saturday claiming that recent EU Council decisions against Turkey were not "enough" and that the US imposed sanctions on Turkey for "threatening the NATO alliance."

In response, Cavusoglu said "may 2021 be the year when we settle our differences equitably by talking directly, sincerely, and earnestly."

Relations between Turkey and Greece are at odds due to several issues. 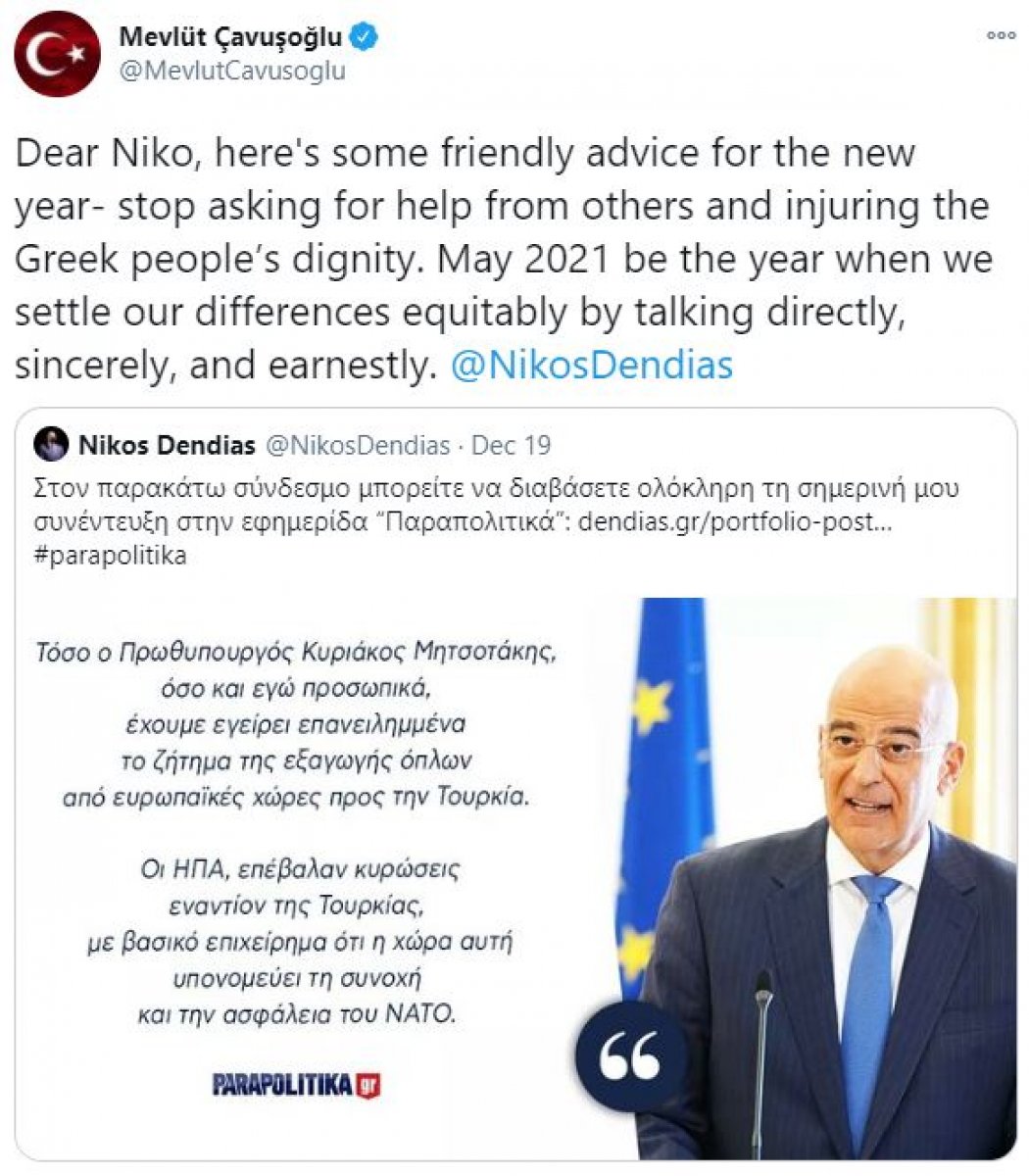 Turkey, which has the longest continental coastline in the Eastern Mediterranean, has rejected maritime boundary claims by Greece and the Greek Cypriot administration and stressed that these excessive claims violate the sovereign rights of both Turkey and the Turkish Cypriots.

Ankara has sent several drill ships in recent months to explore for energy resources in the Eastern Mediterranean, asserting its rights in the region as well as those of the Turkish Republic of Northern Cyprus.

Turkish leaders have repeatedly stressed that Ankara is in favor of resolving all outstanding problems in the region through international law, good neighborly relations, dialogue and negotiations.