The two leading contenders for Istanbul mayor faced off in a political debate Sunday, a week before the Istanbul mayoral elections.

Istanbul’s top two mayoral candidates on Sunday sat down for a televised debate a week ahead of a re-run of polls in the Turkish megalopolis, home to some 16 million people.

On why the Istanbul race went to a re-vote, Yıldırım stated that the ruling Justice and Development (AK) Party’s choice was to count all the invalid votes, not hold a new election, but the opposition party failed to cooperate.

For his part, İmamoğlu rejected the charge of theft, asking who had stolen the March 31 election, in which he was briefly named mayor before Turkey’s election authority overturned the results over irregularities and illegalities. 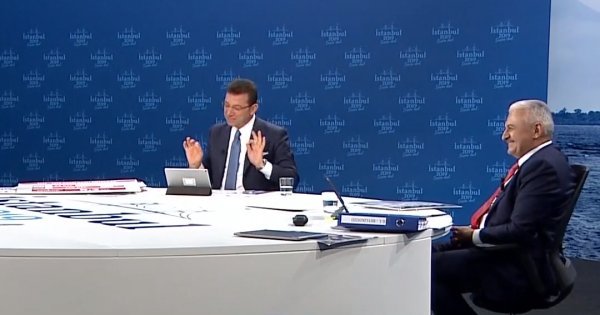 "Are your words for AK Party polling officials, for the Good (IYI) Party, for the MHP’s [Nationalist Movement Party] or the CHP’s?” he asked, referring to major parties that competed on March 31. “Or for the heads of balloting committees?" he added.

İmamoğlu characterized the Istanbul re-vote as part of the fight for democracy, "not just a local election."

Alleging mismanagement and wasteful spending by the Istanbul city government, İmamoğlu said that the city’s biggest problems are poverty and unsound spending. 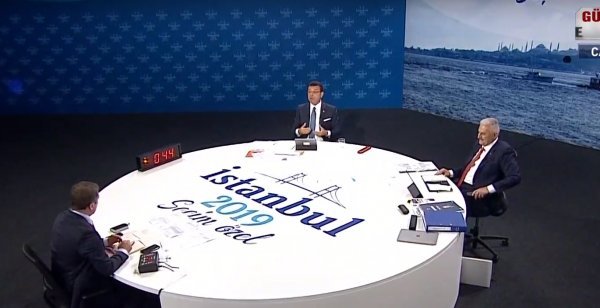 İmamoğlu said that a court of accounts report found total irregularities reaching 753 million Turkish liras (nearly $127.5 million) over the course of five years in the Istanbul Electric Tram and Tunnel Company (IETT), Istanbul's water authority ISKI, and the metropolitan municipality. Yıldırım disputed this, saying: "There is no such a figure in the court of accounts report."

He added that report actually found 108,000 Turkish liras (some $18,300) in irregularities, not the larger figure quoted by Imamoglu, which he said had been repeatedly disproven.

Touching on the Syrian refugee population in Turkey – some 4 million, more than any country in the world – Imamoglu said Turkey has not handled the issue well, and it has had to do it on its own, without international help. 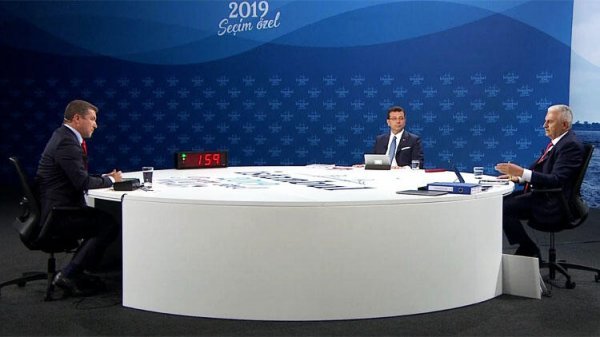 He also said there are 547,000 registered Syrian refugees in Istanbul, or some 4% of the population. İmamoğlu also said if elected he will assign a desk just for Syrians living in the city and it will work “actively.” On the same issue, Yıldırım told Imamoglu that such a section already exists, but “maybe it could be strengthened.”

He also noted that Ankara has already sent back some 500,000 Syrians to areas cleared of terrorists thanks to Turkey’s anti-terror operations in the region.

The AK Party candidate promised to create some 500,000 more jobs for Istanbulities by attracting more investors through new projects in the next five years.

He also announced to establish a technology base in the city if he is elected as the mayor. The base will facilitate big data processing as well as a center for artificial intelligence.

Imamoglu, for his part, said that jobs will be created for 200,000 people who register to the Regional Employment Office. 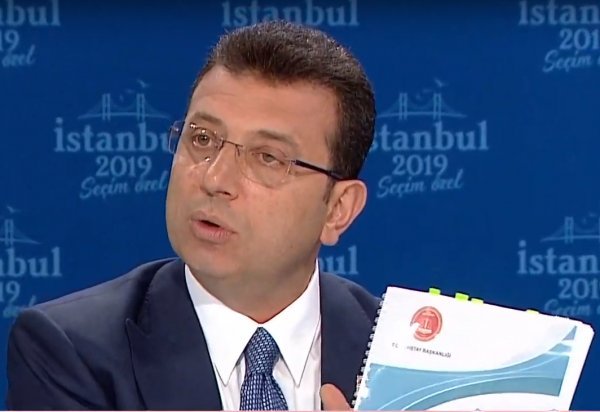 Yıldırım and İmamoğlu are vying for the Istanbul mayor’s seat again after the Supreme Election Council (YSK) ordered a re-run of the March 31 Istanbul polls.

The results of the vote were canceled after the ruling AK Party and Nationalist Movement Party appealed to the council, citing irregularities and violations of election law.