A quartet meeting on Syria with the leaders of France, Germany, and the U.K. was “good,” Turkey’s president told reporters Tuesday afternoon just after the meeting.

"WE HAD A VEY GOOD DISCUSSION" 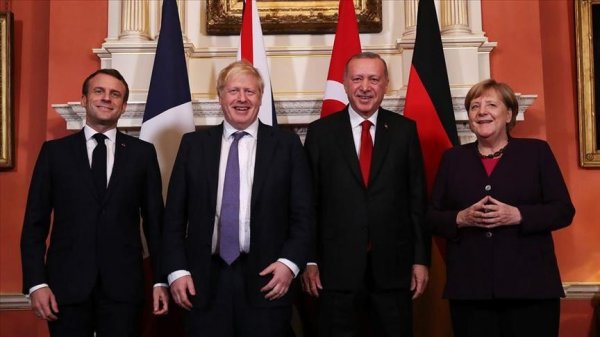 Asked about Turkey’s anti-terror Operation Peace Spring in northern Syria, Johnson said “we had a very good discussion about that yesterday afternoon. And clearly, it's very important that the alliance stays together.”

“There is far more that unites us than divides us. I think one thing every leader here is absolutely resolved on and that is the vital importance of NATO for our collective security,” he added.