President Erdoğan slammed racist discourses against Kurdish people and said that Syrian offshoots of terror groups should not be confused with Kurds.

"DO NOT CONFUSE TERRORISTS WITH MY BROTHERS"

“It is disrespect to define the YPG and the PYG as the Kurds,” Erdoğan told the opening ceremony for Social Security Institutions district branches in Istanbul. “They [the YPG/PYD] are terrorists,” Erdoğan added, referring to the Syrian offshoots of the PKK terror group. 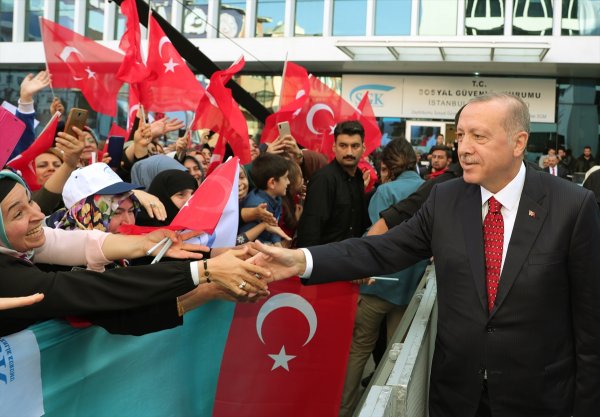 The president urged not to confuse “terrorists with my Kurdish brothers.”

The YPG and its political wing, the PYD, are the Syrian offshoots of the PKK, a designated terror organization by Turkey, the US and the European Union.